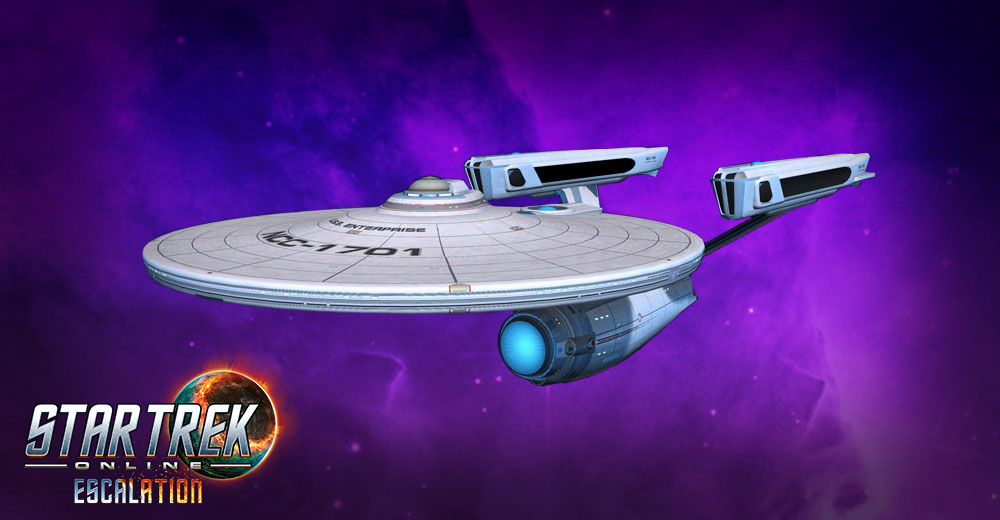 From 6/22/17 at 9AM PST to 7/5/2017 at 10AM PST, we will be running a promotion that will provide an additional bonus when opening a Research and Development Pack.

Opening this Special Requisition Pack - 23rd Century Tier 6 Ship will award one of 3 ships depending on the character’s faction:

Each of the above ships come with their 23rd Century iconic costume in addition to both free and paid ship costume unlocks:

Note: Only newly purchased Research and Development packs will offer the chance to win the Special Requisition Pack – 23rdCentury Tier 6 Ship during this promotional event. Packs purchased before or after the event will not offer bonus Lobi or the Special Requisition Pack – 23rd Century Tier 6 Ship. Packs purchased during the event, but opened after the event ends will still benefit from this promotion’s bonus rewards.

These packs feature a myriad of materials to give you a head start with our latest crafting update. With numerous materials ranging from common to very rare, components galore, to research and development catalysts, these packs offer tons of opportunities so you can start off crafting with a bang! The C-Store features both single packs and bundles of four, so Captains can buy multiple packs at a discount.