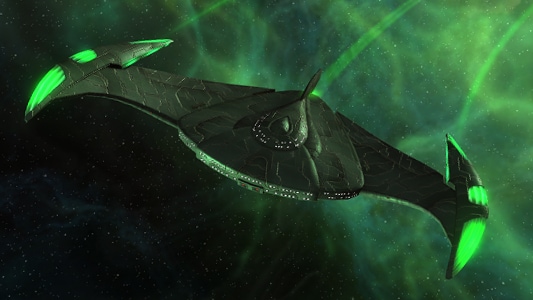 The T'varo Light Warbirds are upgraded versions of the Warbirds used by the Romulans in the 22nd and 23rd centuries. Like the T'liss, the T'varo is fast, light, and maneuverable.

NOTE: Players who obtain both the T’varo and T’varo Retrofit from the Legacy Pack, Starter Pack, or in-game C-Store will have two consoles that can be used on either vessel – they can also be transferred to the fleet version of the class, as well, if you own it. These consoles provide unique set bonuses when equipped together. Details on this set bonus can be found below. 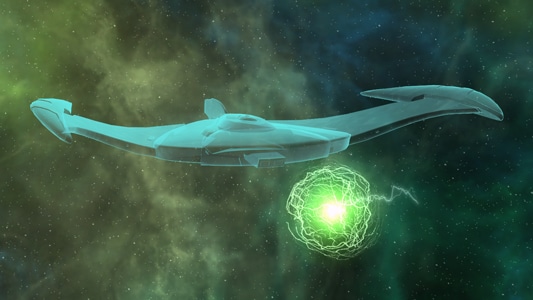 It is equipped with a Romulan Enhanced Battle Cloaking Device. Enhanced Battle Cloak can be activated in combat, and allows torpedoes, mines, and most Bridge Officer and Captain abilities to be activated while the Cloak is active. When attacking while cloaked, the ships cloak will drop for a few seconds, leaving the ship momentarily exposed with the shields down. When activated, your shields will drop for a few as the Cloak fully engages. Immediately after decloaking, you will have a short duration damage bonus. The T'varo Light Warbird Retrofit comes with a universal Plasma Destabilizer console. This console allows you to launch a massive slow moving Destabilized Plasma Torpedo. The torpedo will do extreme damage upon impact over a large area, as well as weakening the armor of affected enemies.

NOTE: Purchase of this ship from the Legacy Pack, Starter Pack, or C-Store will make its owner eligible for a Fleet Ship Module reduction when purchasing the Fleet T'varo Light Warbird Retrofit. The T'varo Light Warbird is equipped with a Romulan Battle Cloaking Device. This cloaking device can be used in combat, but your weapon systems and shields are disabled while it is active. 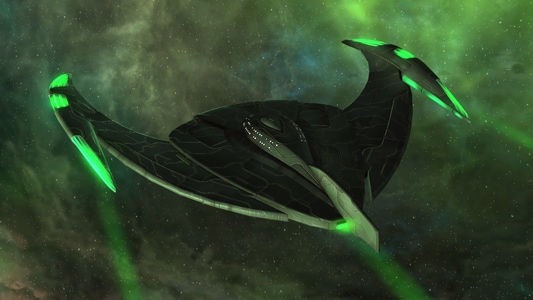 The consoles included in this set are the Singularity Stabilizer and the Plasma Destabilizer.