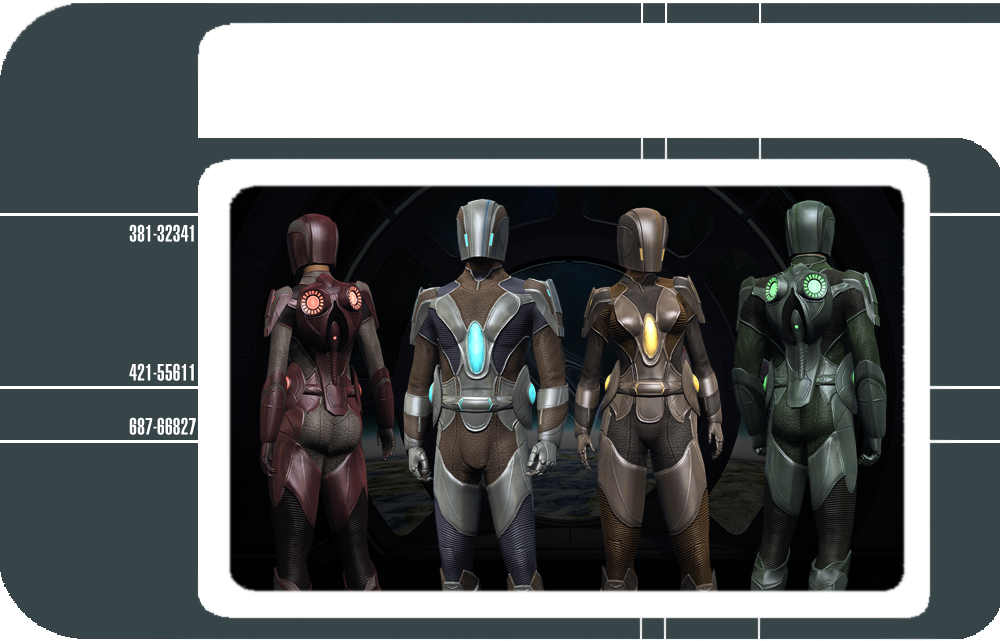 The Temporal Defense Initiative will be established in 2769 when most of the significant galactic powers sign the Temporal Accords. Comprised of Temporal Operatives from all signatories across multiple historical periods, the TDI defends the timeline against attempts to alter our common history.

This new reputation will be available with Agents of Yesterday’s release and will feature all new traits, kit modules, space equipment sets and a ground equipment set.

Submitting Temporal Marks will increase your standing with the Temporal Defense Initiative. These can be earned by participating in the Days of Doom and The Battle of Procyon V queues, as well as the Badlands Battlezone. Each source of marks allows for scaling rewards, increasing the number of Temporal Marks received by performing above expectations or completing bonus objectives.

Temporal Marks and Chroniton Buffers can be submitted for Reputation XP and new, high-quality gear acquisitions. Here are a few examples of the items which can be earned by advancing your standing with the Temporal Defense Initiative: