Fortune favors the hero. Tymora, goddess of luck and victory, has returned to bestow her favor upon all adventurers!

Tymora has sent one of her disciples, a Luckbringer, to the event dais in Protector's Enclave to trade the beautifully armored Amphail Fancy Horse for 40 Favors of Tymora. 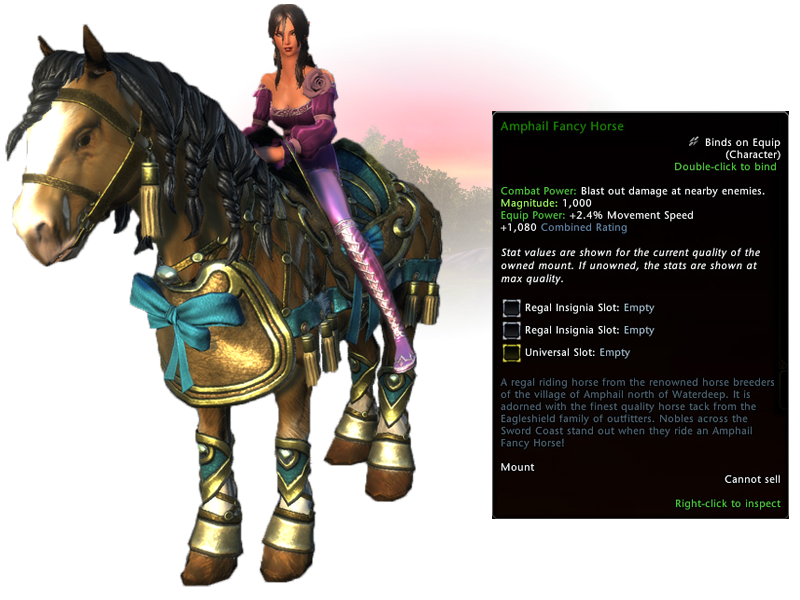 Favor of Tymora is a currency that can be found in Gift of Tymora or as a bonus with the purchase of the following Zen Market items:

Gift of Tymora has a random chance to drop from slain enemies and can contain one of several rewards, including the following:

Tymora’s Spinning Coin – This sparkling coin rumored to be touched by Tymora herself can be refined to Mythic quality. Fools Crown – You’ll be the talk of the town in this fancy crown! Folks will eventually figure out that it’s just a replica of the Crown of Neverwinter, but the initial reactions will be priceless.

Tymora's Lucky Coin – This little coin has gotten many adventurers out of a pinch. Pop it into a potion slot and give it a toss for a random buff! 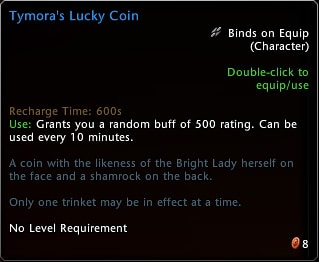 Rough Astral Diamonds – Whoever said “All that glitters is gold” probably never got their hands on some Astral Diamonds. This crystalline currency can be used in the Auction House and Wondrous Bazaar. They can also be used to speed up Professions and Companion training.

Tymora’s Lucky Enchantment – This pretty enchantment has a gorgeous effect. When put into a utility slot on a piece of equipment, they grant you a chance to find a Hidden Pouch on a fallen foe. These pouches can contain anything from gold to refining stones!

Additional rewards include Favor of Tymora currency, Artisan Recruitment Letter, and Potions useful for your level!

May Tymora be with you in all your adventures!