With our upcoming Neverwinter content update The Maze Engine we’ve got a number of famous characters you may have heard of from Realms lore! Here’s a rundown of who you can expect to meet. 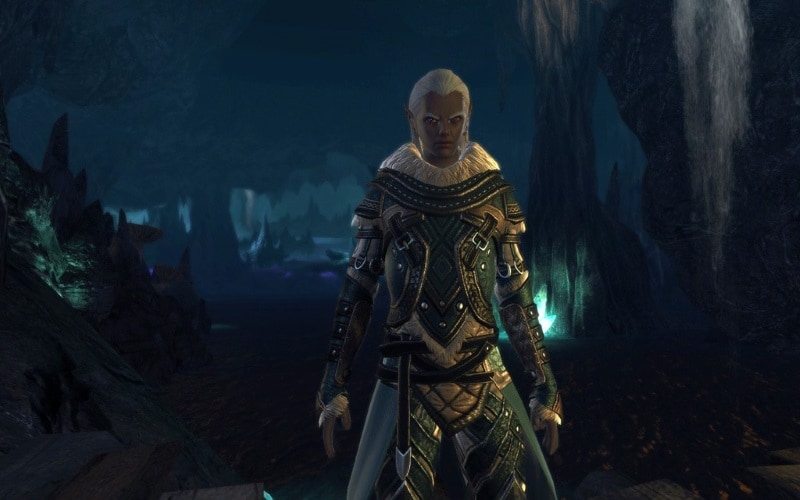 Of all the famous faces, Drizzt Do’Urden is perhaps the most legendary hero of the Sword Coast.  The exploits of the “drow with the heart of gold” have been sung by bards for decades.  The history of Drizzt is covered in detail in Who's Who in the Underdark.

In the recent Neverwinter expansion Underdark, Drizzt, along with the Companions Bruenor Battlehammer and Regis, descended into the Underdark to face the maddening evil of the Prince of Demons, Demogorgon. Now, Drizzt has returned to counter the machinations of another demon lord and its schemes to use the Maze Engine. 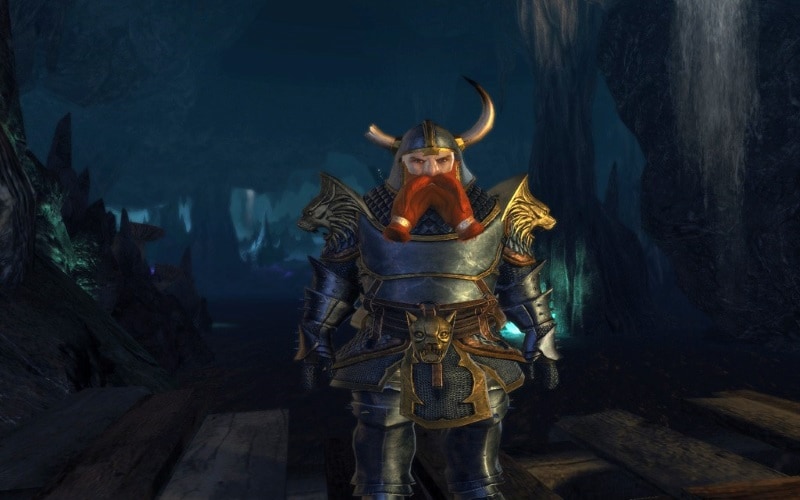 After fighting Demogorgon alongside Drizzt, Regis, and heroes of Neverwinter, Bruenor has returned to help face down a new demonic threat. 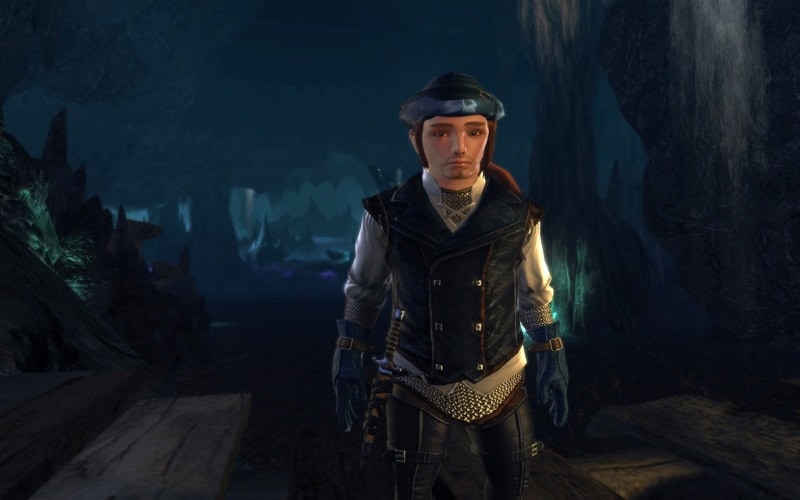 The sly Regis is a halfling of unusual reputation and no small degree of skill. His history is detailed in Who's Who in the Underdark.

After helping Drizzt and Bruenor and a band of Neverwinter adventurers defeat Demogorgon, Regis has returned to help his Companions deal with a new demonic threat, this one aimed at the Maze Engine.

Minsc is the beloved ranger from Rashemen that many people know and love for his boundless courage and strength and his endless enthusiasm in “butt-kicking for goodness!” Of course the contributions of Boo, his miniature giant space hamster, cannot be understated!  The details of their exploits past and present can be found in Minsc & Boo in Neverwinter and The Legend of Minsc and Boo.

After helping put down the threat of the Elemental Evil cults, Minsc returned to Neverwinter to find new adventure. Now, with a new demon lord and the Maze Engine threatening the Underdark, Minsc & Boo are ready to fight!  “Pointy horns! Meet pointy sword! AND HAMSTER!” Linu La’nerla is an elven cleric of Sehanine Moonbow. Hailing from the elven forest home of Evereska, one might call her a poor example of the traits for which her people are known. Her self-conscious nature tends to make her very awkward and even clumsy. While cheery and helpful, her manner combined with a certain degree of bad luck makes her presence unwanted by most. Despite these characteristics, she has proven herself a true hero time and again.

When Linu was young, she was sent to a school to train her magic potential. When she disrupted a spell cast by her teacher, she was forced to spend some extra time at the school. During that time she accidentally jumped into a portal to another plane of existence. She might have died there, had it not been for the intervention of Sehanine Moonbow, goddess of the moon. In return for saving Linu, Sehanine sent her on a quest to find a seed from forest of oak trees destroyed centuries earlier in a volcanic eruption.

Later in life, Linu met Synth La’neral, a handsome, intelligent, and charismatic archeologist. He was well-respected within Evereska despite his adventurous nature, a behavior usually disdained in the city. It was another embarrassing first encounter for Linu, but Synth was taken by her charm. Synth eventually decided to woo Linu, and one night decided to climb up a ten-story wall to serenade her while she slept.  After a series of accidents causing Synth to be kicked in the jaw, his hand stepped on, and his shoulder dislocated, Linu eventually managed to rescue her beleaguered suitor and heal him. They married a year later.

Synth retired from adventuring for a while, until he discovered the location of an ancient city. He left to seek out the city at a time when Linu was dedicated to a special temple ceremony.  A mage friend of Synth created a pair of magical journals so Synth and Linu could stay in touch while Synth was exploring the ruins. Synth and Linu used the journals to communicate with each other, although Synth mostly wrote about his thoughts and philosophies rather than what he was doing. It came as shock to Linu when Synth wrote a foreboding note about how “they” were coming again, after which communication ceased. Linu was sure Synth was killed by whoever “they” were, but without enough information on where he was gone, Linu was only left with his memory.  Later, Synth’s journal was discovered it in a troll cave above ancient ruins, recovered by adventurers searching for a cult that threatened Neverwinter.

After working in the Temple of the Full Moon for six years, Linu was called upon to find a silver goblet stolen from the temple by a thief. The task fell upon her since she accidentally allowed the thief into the temple, thinking he was a starving child rather than a halfling in disguise.  In her quest she arrived in the town of Llord, where a crowd of people were about to hang a halfling unjustly accused of murder. Apparently the halfling tried to sell the goblet to a Zhent merchant, who confiscated the religious artifact as a tribute to Bane, backed up by the Zhent mayor of the town. Protests of this led to the murder accusation. Running into the crowd to stop this injustice, Linu tripped and managed to instigate a brawl, allowing the halfling to escape, silver goblet in hand. Pursuit of the halfling and goblet continued all the way to Neverwinter, where it was eventually recovered by adventurers.

Neverwinter at the time was in the grip of the Wailing Death, a magical plague that withdraws heat from the victims and puts them in great pain and eventually causes their death. Because of its magical nature, it cannot be cured by conventional means. Linu went about tending the victims of the plague, eventually joining adventurers in seeking out its magical cure in Waterdeep.

Linu finally returned to Evereska, until further misadventures returned her to Waterdeep. She stayed there for many years until the troubles known as the Tyranny of Dragons came about. Called by Sehanine Moonbow once more, she traveled with other cleric allies to the Well of Dragons. There, she worked with many adventurers from Neverwinter to stop the rise of Tiamat the Dragon Queen from the Nine Hells.

Now, a new demon lord and its Maze Engine have come to threaten the world, and Linu is working with new allies to stop the Prince of Beasts.

Makos is one of the most famous heroes of Neverwinter.  A tiefling warlock with a mastery of the arcane arts, Makos was instrumental in helping defend Neverwinter from Valindra’s undead army. He has subsequently been at the forefront of any defenses standing against threats to the city of Neverwinter or the Sword Coast at large.

Makos’ upbringing was filled with tragedy.  Mako was born from a human mother and the devil who had seduced her. Not wanting to bring shame to her family, his mother ran away and sought sanctuary at a monastery. When the clerics saw that she had borne a tiefling child they threw her out. She went from village to village and eventually found some women who were sympathetic to her plight. They led her to Neverwinter where she got a job as a seamstress, making a meagre living for her and her child, Makos.

Makos grew up poor which allowed him to see firsthand the inhumanity of people. The mistreatment of his mother and others who were forced by circumstance into servitude made him resent his diabolic father who he blamed for their plight. Seeing humans who professed to be more moral than devils yet were no less evil than his infernal father began to shape young Makos’ mind. There was much in the world that was wrong and evil wore a thousand faces.

As a young boy, Makos wore a hood and used scarves to hide his features as he begged on the streets for money to help buy scraps for their survival. As Makos grew, he began to frequent the more shady neighborhoods and wards of Neverwinter. He soon learned that his infernal nature gave him an aptitude for magic and he began to pick up scraps and fragments of the dark arts wherever he could. As a young man, Makos rebelled and flaunted being a tiefling, playing up his devilborne ancestry and incorporated it into a dark magic act. As his act grew, he began performing in secret locations for an exclusive clientele. This got him into more than one chase with the law of Neverwinter but it brought in money and some fame. On more than one occasion, Makos was invited to parties hosted by some of Neverwinter’s elite for his debonair personality, dangerous allure and incendiary political views.

Makos continued performing until a warlock approached him with the promise of learning real magic. He studied under his new master and learned all that he could. He soon encountered his patron, a fiendish entity known as Arikas.  As Makos delved deeper into diabolic tomes and forbidden realms of power, he was at odds with himself. His father’s betrayal still seethed within him, giving him a hatred for his devil nature but his love of magic and power pushed him forward.

Makos’ master betrayed him, attempting to kill him and claim his soul but Makos was prepared for such a betrayal and slew his master instead much to the delight of his fiendish patron, Arikas. By defeating his master, he was bound to his master’s magic sword, an ancient blade enchanted with the Eye of Arikas – an item he is still learning how to control. The sword connects him to his patron who Makos both despises and loves.

Over the years, Makos has come to be known by Sergeant Knox. Knox can see what’s beyond the irreverent manner of the tiefling – a man in search of repairing a damaged past – and Knox understand that all too well. Sergeant Knox also sees Makos as a valuable resource for fighting the arcane forces of the world. Makos (although he may never admit it) is grateful to be accepted into a group that is so dedicated to fighting injustice.

Makos’ main motivation is to find his father and kill him. He is also motivated to defend the poor and disenfranchised who he identifies with internally. He acts aloof, is very witty and is highly educated – a way of distancing himself from his past – but when push comes to shove, he will step up to help those he cares about and the city that he has grown to love.

Makos’ thirst for magical knowledge has grown over time, seeing it as a means to help defend his homeland. With the recent rise of demonic activity in the Underdark, Makos has become focused on uncovering the source of the corruption and what magics were used to unleash it. With powerful new allies at his side, Makos is willing to risk the dangers of the Underdark to find what he seeks.