Stronghold Siege is a new guild-versus-guild PvP game developed especially for Strongholds. It allows guilds to show off both their PvP prowess and the progress they have made in developing their strongholds.

The game is played on a map that consists of two strongholds connected along a central river. When connected together end-to-end, the strongholds create a three-lane battlefield that supports large-scale, 20 vs. 20 combat. The structures on the map are the same as those the guilds have built on their own stronghold maps.

The object of the game is to lay siege to the enemy guild hall and destroy it. 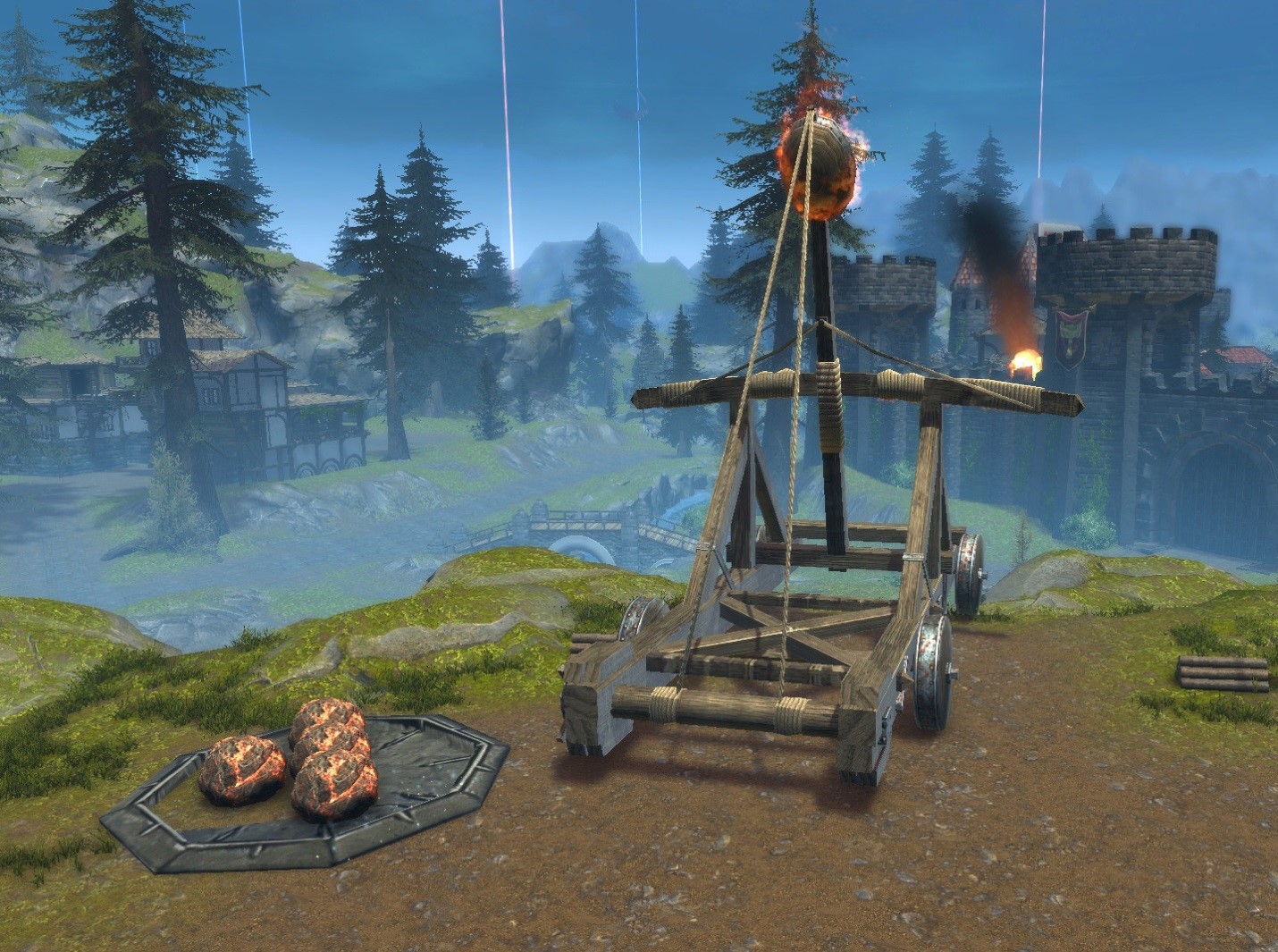 Each lane on the battlefield has two supply depots. Each guild begins in control of the supply depots on its side of the river. The depots are filled halfway with supplies at match start, and more supplies can be added to make the depots stronger. As the depots fill, they spawn Quartermasters to guard them and Guard Captains that travel up the lanes and attack into enemy territory.

Gathering supplies, and preventing the enemy from doing the same, is an important part of the game. Supplies have many uses. They are used to bolster the health of your guild hall, strengthen friendly supply depots, capture destroyed enemy depots, build defensive ballistae, construct catapults, and provision catapults with ammunition. Supplies can be obtained by killing enemy siege engineers (NPCs that travel the lanes bringing supplies to friendly depots and siege points) or defeating enemy players who are carrying them. 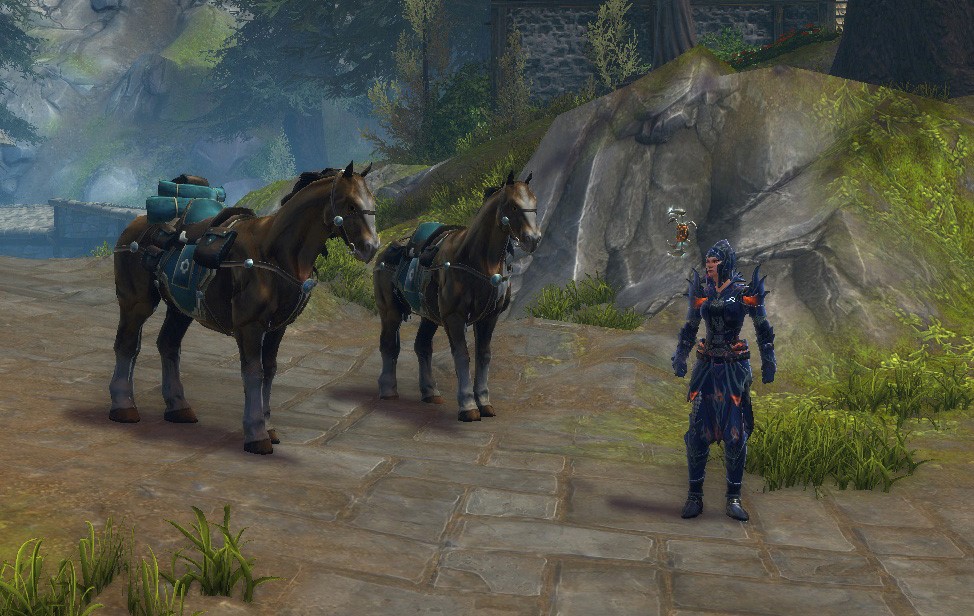 Structures on the map also generate supplies that are automatically loaded onto pack horses. The higher rank the structure, the greater the amount of supplies loaded on the horse. Pack horses can be sent back to the guild hall to fill a central wagon anyone can draw supplies from, or instructed to follow a player. Pack horses that are following a player automatically unload their supplies when brought to a depot or siege point. This isn't without risk, though. If a horse's owner is killed in combat, the enemy can steal it and use it as their own!

When a team captures both supply depots in a lane, it gains control of the lane. This makes the siege point at the end of the lane outside the enemy guild hall active. Players can then use supplies at the siege point to build catapults and ammunition and lay siege to the hall. The more siege points a team can activate and supply, the faster victory is achieved. 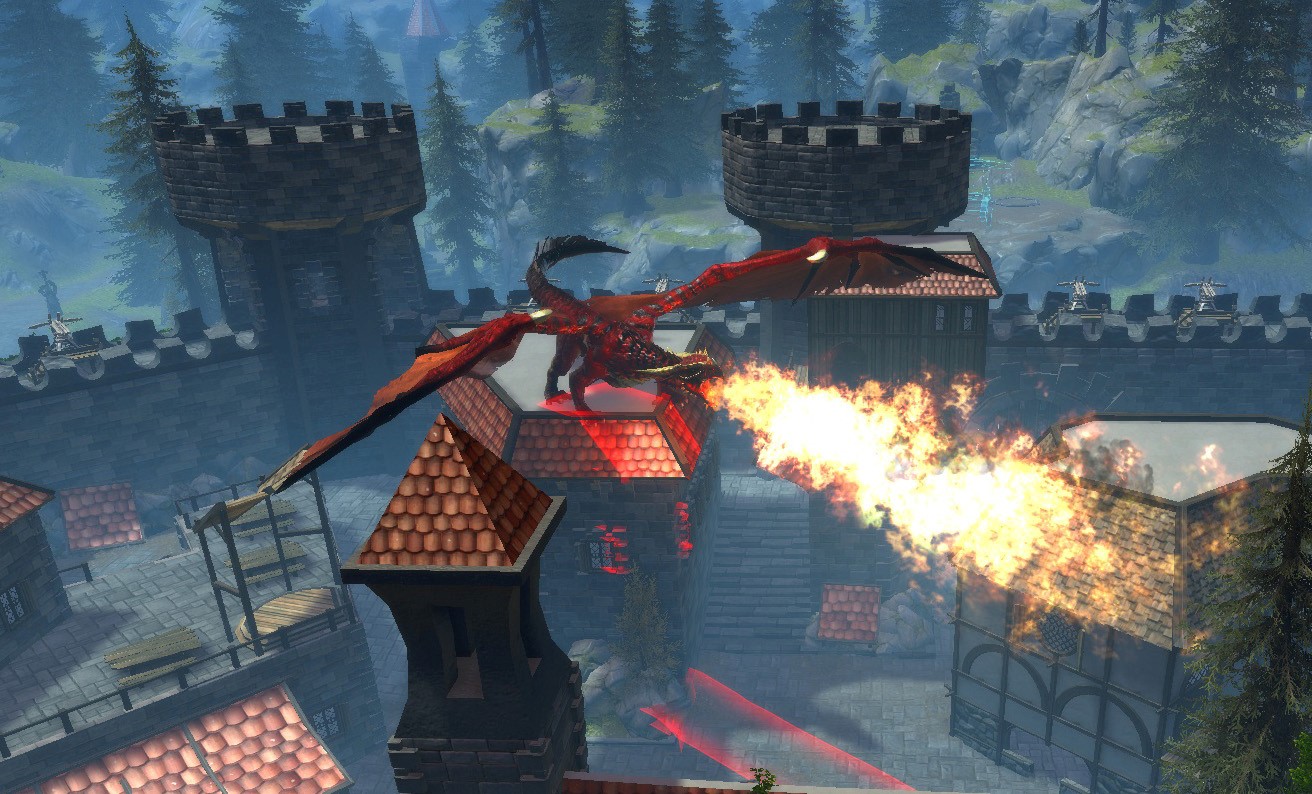 All of this fighting eventually draws the attention of Cerasinax, a dragon who lairs nearby. Be warned, he makes an appearance above the battlefield later in the match. When the dragon appears, Cult of the Dragon golems (carrying gold to the dragon) also enter the map. Destroyed golems drop this gold, which players can then take back to the guild hall and turn in to earn the dragon’s respect. If one team earns more ranks of respect with the dragon than the other, the dragon temporarily assists that team by destroying enemy catapults and even attacking the enemy guild hall! Gaining Cerasinax's assistance can give a trailing team a second wind or it can be the coup de grace that finishes off a faltering enemy.

There are a lot of interesting strategies waiting to be discovered in this new, large-scale PvP mode. Can’t wait to see you on the battlefield!