Starting Thursday, October 7, the new Reconnaissance Lockbox will become available on all platforms! With this lockbox, adventurers will have a chance to obtain a new mythic mount!

Note: The Lockbox of Justice will no longer be available starting October 7.

The Reconnaissance Lockbox will require an Enchanted key to open and will be available as a drop in the world and in the Wondrous Bazaar.

Some of the treasures you can obtain in this lockbox are:

Note: tooltip displays max possible stats when a player has 10+ Mythic mounts in their stable. 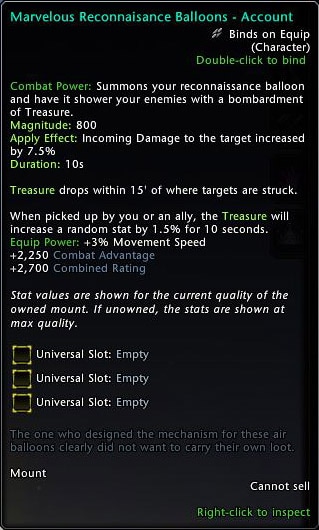 A Legendary Companion Choice Pack which includes a choice of one of the following companions:

In addition to these packs, the Enchanting Lockbox will have a chance at rewards such as Refinement items and gems, insignias, Mount upgrade tokens, and up to 1000 Tarmalune Trade Bars. 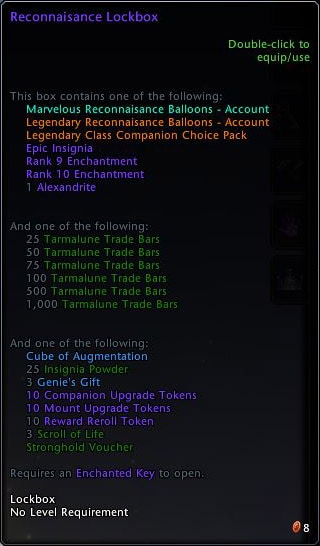