It’s that time again, when Neverwinter celebrates another year of not being razed to the ground by rampaging orcs, torched by marauding dragons, or devoured by hungry demons!

The Protector’s Jubilee will begin on Tuesday, June 20 at 7:30am PT (or after maintenance) on PC and 10am PT on Console

The Protector’s Jubilee will end on Tuesday, June 27 at 7:30am PT on PC and 10am PT on Console (the event store will be available at the dais for a few days afterwards)

In celebration of this year’s Jubilee, Lord Neverember seeks to refill his coffers after months of austerity by slashing trade tariffs to encourage visiting traders. As a result, traders from far and wide are making their way to the city to ply their wares. Of course, the Sword Coast is a dangerous place, and these traders need the help of brave adventurers to make it safely to Neverwinter. Blacklake, Ebon Downs, and Whispering Caverns are rumored to be pretty dangerous. Look for some to also attempt deliveries to your Stronghold if you’re in a guild. 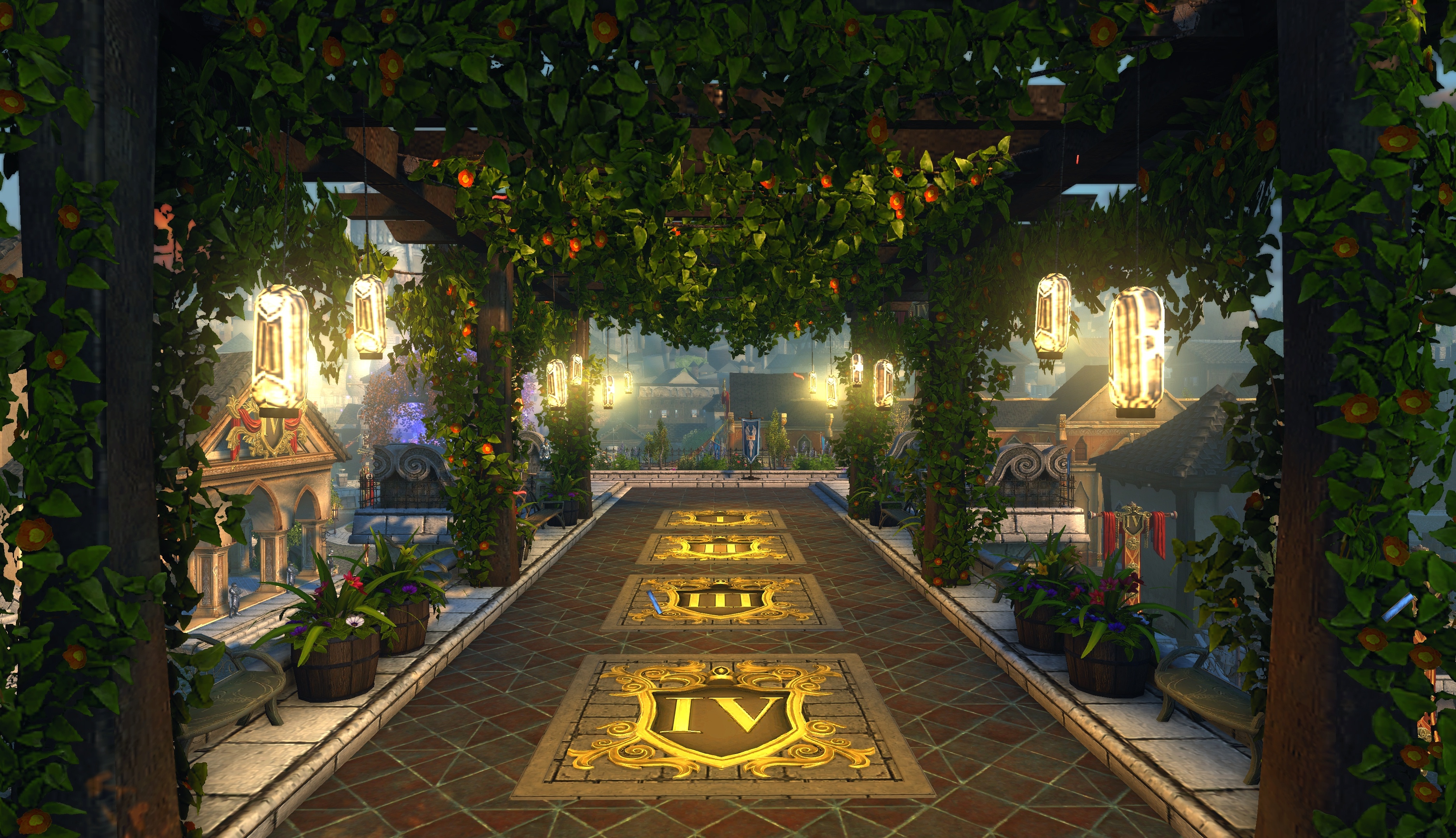 The Protector’s Jubilee is Neverwinter’s big anniversary event, when the city is decked in bunting and confetti floats on the breeze. The game is now four years old, and it’s time to celebrate!

In addition to our week of bonuses and freebies, Protector's Enclave will be decorated with celebratory banners while performers juggle and breathe fire on the city streets.  The doors to the richly decorated Protector's Garden will open to all visitors during the event, but after the festivities, only those who have redeemed a Garden Key may enter. 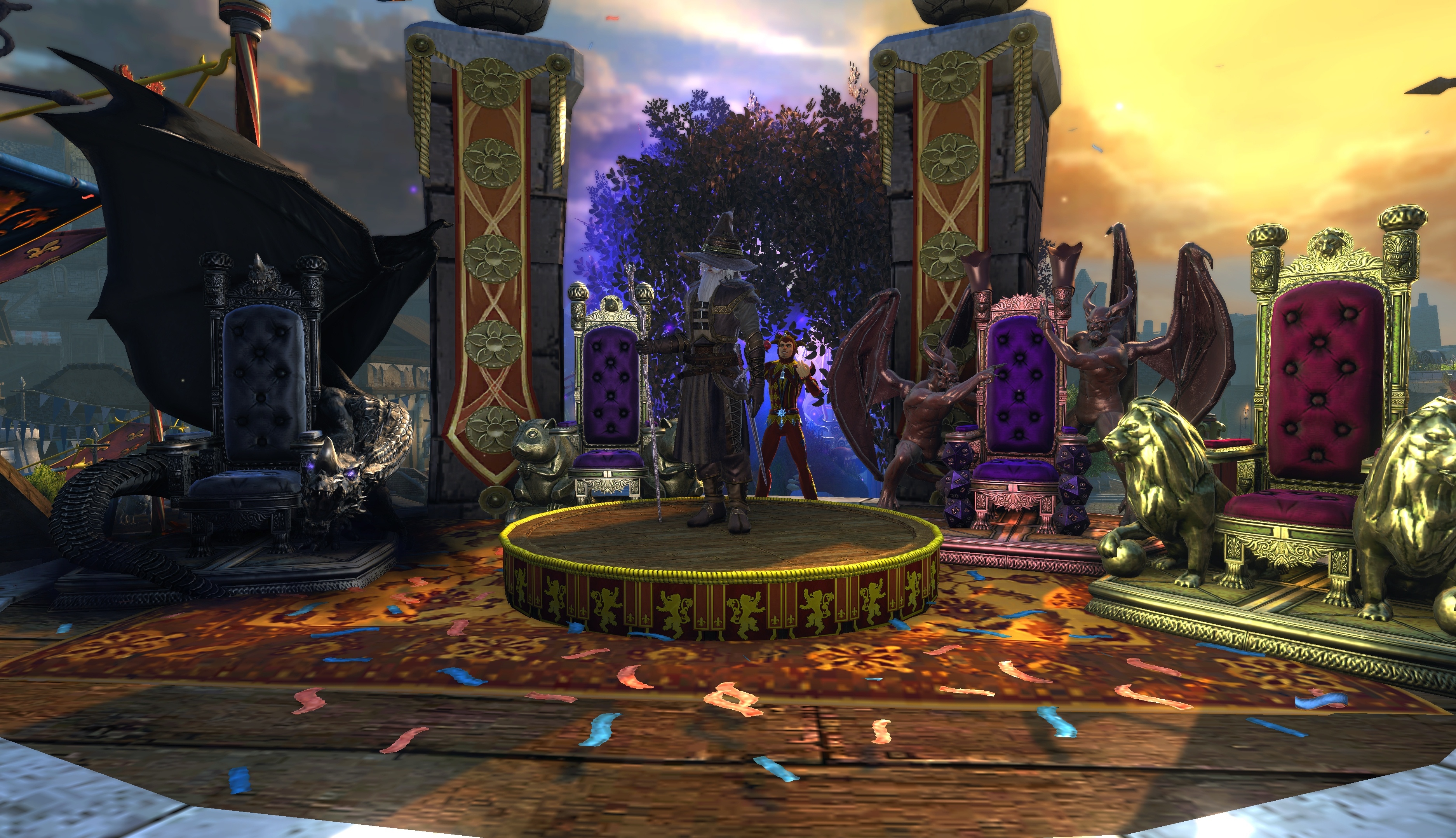 Guilds will also find traveling merchants coming to their Stronghold, who must be escorted safely through the surrounding lands. Guilds will have access to a series of temporary traders that can visit the Stronghold for 24 hours, providing valuable guild currencies for small contributions of wood, stone, metal, and food. There’s never been a better time to join a guild and help them grow

Taking part in the event earns players the Protector’s Bounty—packs of items including Protector’s Figurines, Renown, and more. Players can also share gifts with one another by raising a toast to Neverember’s generosity in the form of the Protector’s Hospitality. The more of each item players use, the better the rewards become. Players can earn temporary discounts in other stores, novelty items, and much more, all free while the event is running! 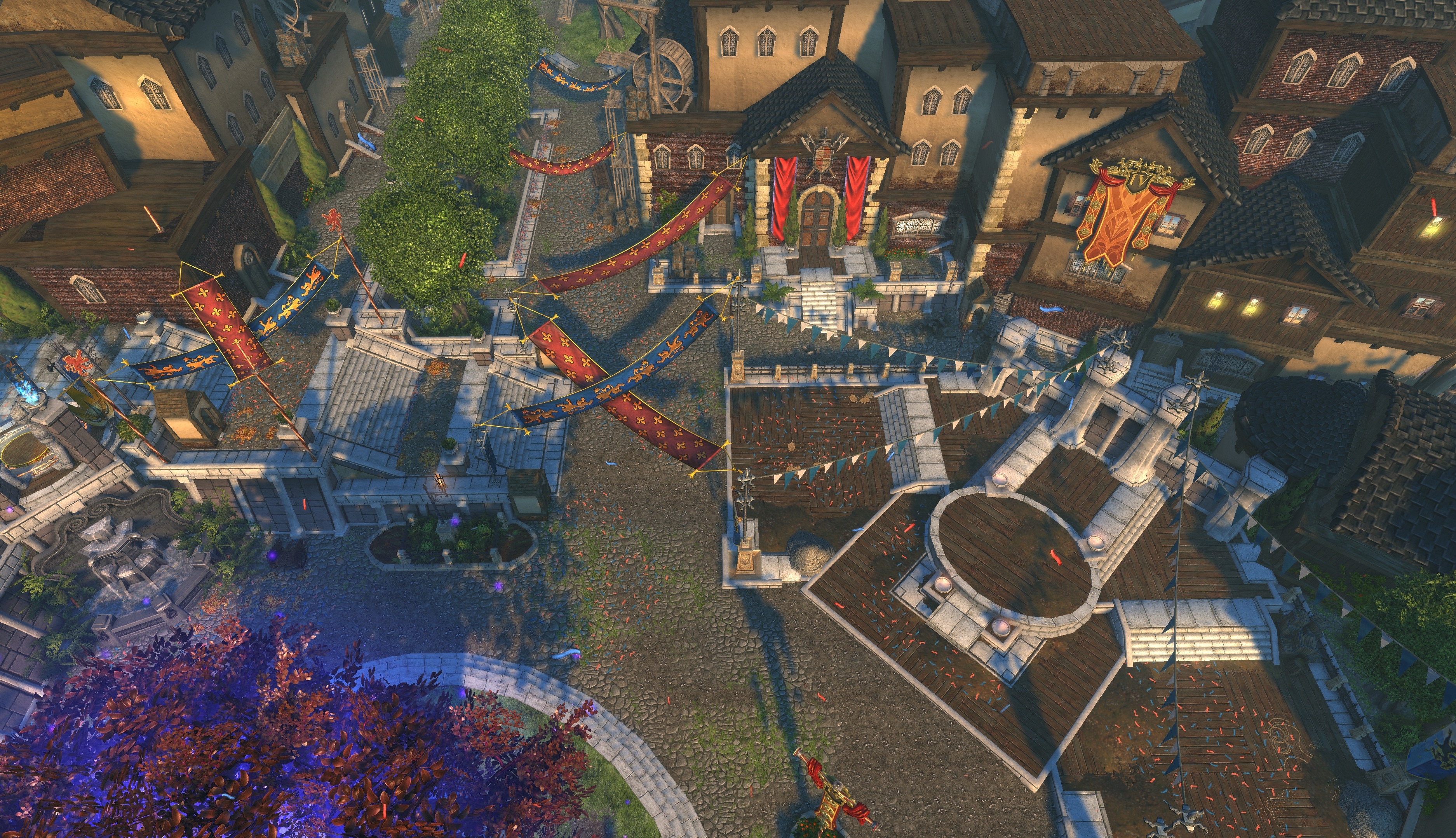 Protector’s Figurines and Renown can be used to purchase a variety of rewards! Two new rewards are available this year:

Jubilee Unicorn: This majestic creature has been adorned with bright hues to honors the services of the heroes of Neverwinter! 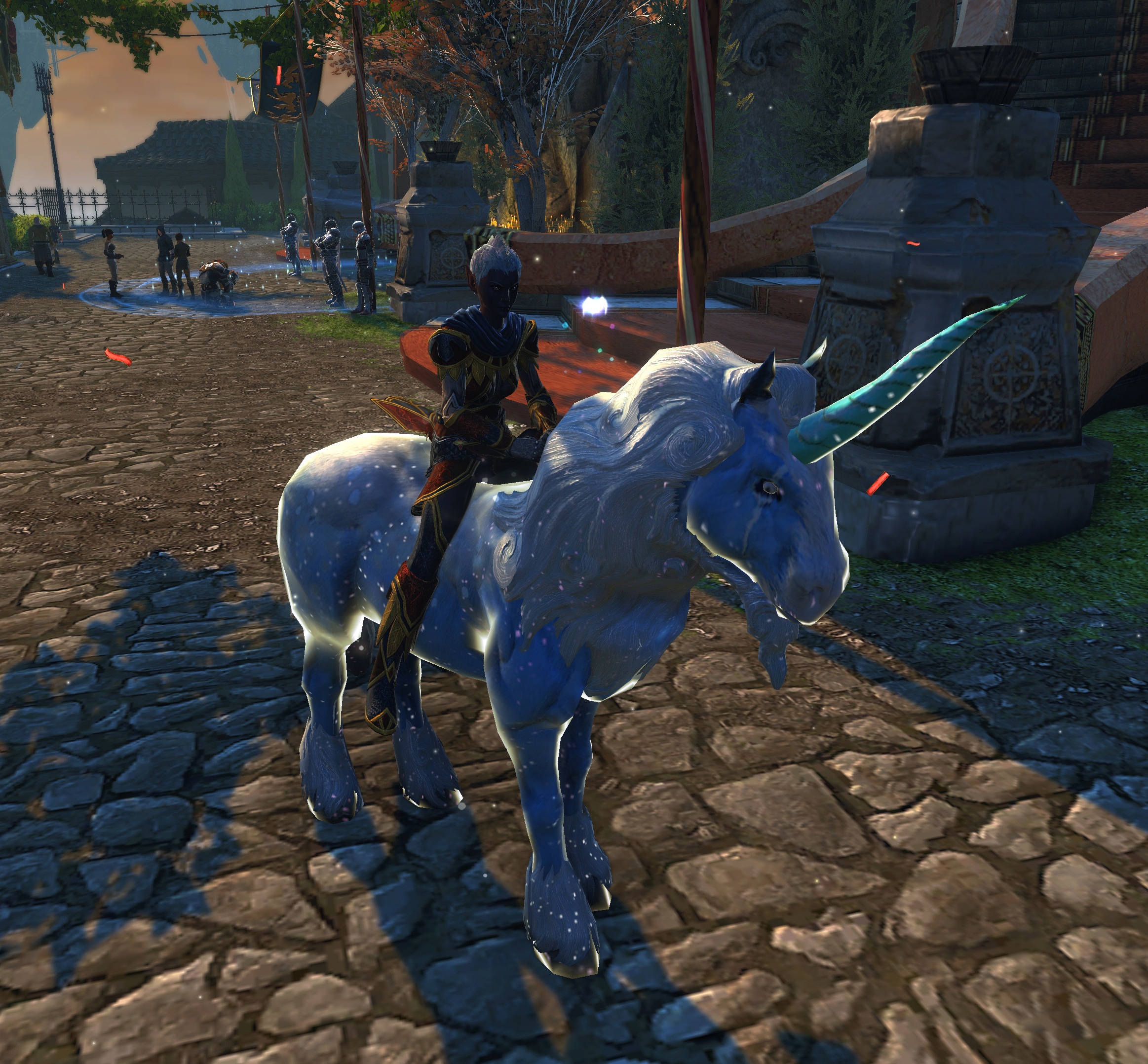 Shadow Dragon Throne: One does not simply sit on a throne! Intimidate those around you while relaxing in your new throne! 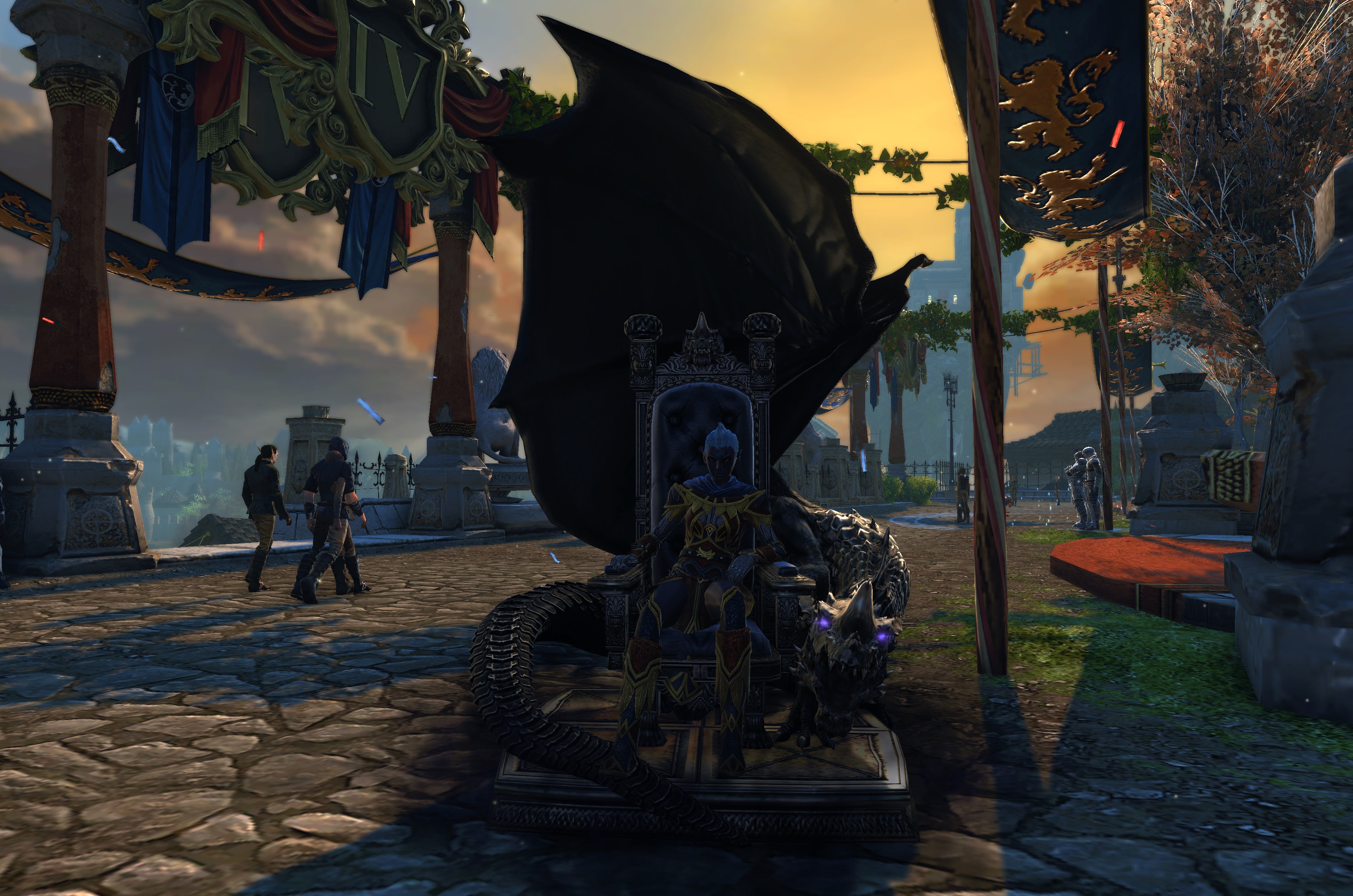 In addition to the new throne and mount, players can still purchase:

NEW - Jubilee Celebratory Feast – Set up a great feast in the Great Hall and celebrate with your guild!

There are all kinds of free giveaways waiting for you as part of our four-year celebration of Neverwinter and more surprises around the corner! So join Lord Neverember, Elminster, and all your fellow adventurers in Protector’s Enclave when the festivities commence, and come and enjoy the fourth annual Protector’s Jubilee!