The forthcoming Shroud of Souls module features some exciting new changes to guild strongholds. As part of the module, we are opening up the Great Hall at the center of your stronghold as a space your guild can gather and customize by decorating the room.

In addition, we are adding a new plot type to the stronghold, temporary plots. These plots are similar to the jubilee trader—a location that is only active during the Protector’s Jubilee event once per year. The difference with these new temporary plots is that they are available to all guilds, all the year round.

Each guild, regardless of guild rank, has four new plots located in the Millabout area at the rear of the stronghold. These four plots form a small market area where guilds can place a variety of new temporary structures. You can only build one of each structure at a given time, and each structure lasts for one week. After that time the merchant packs up and moves on and you can build on that plot again. These structures serve a couple of primary purposes. The first group are specialist stores for Masterwork Professions. These stores sell components necessary to undertake new masterwork recipes and the crafting tasks that produce furniture and decorations for your guild’s Great Hall. This group includes the Bloomery, the Atelier, the Goldsmith, and the Tenterground. These vendors also sell basic crafting materials in bulk for guild marks if you’re looking to level a profession. 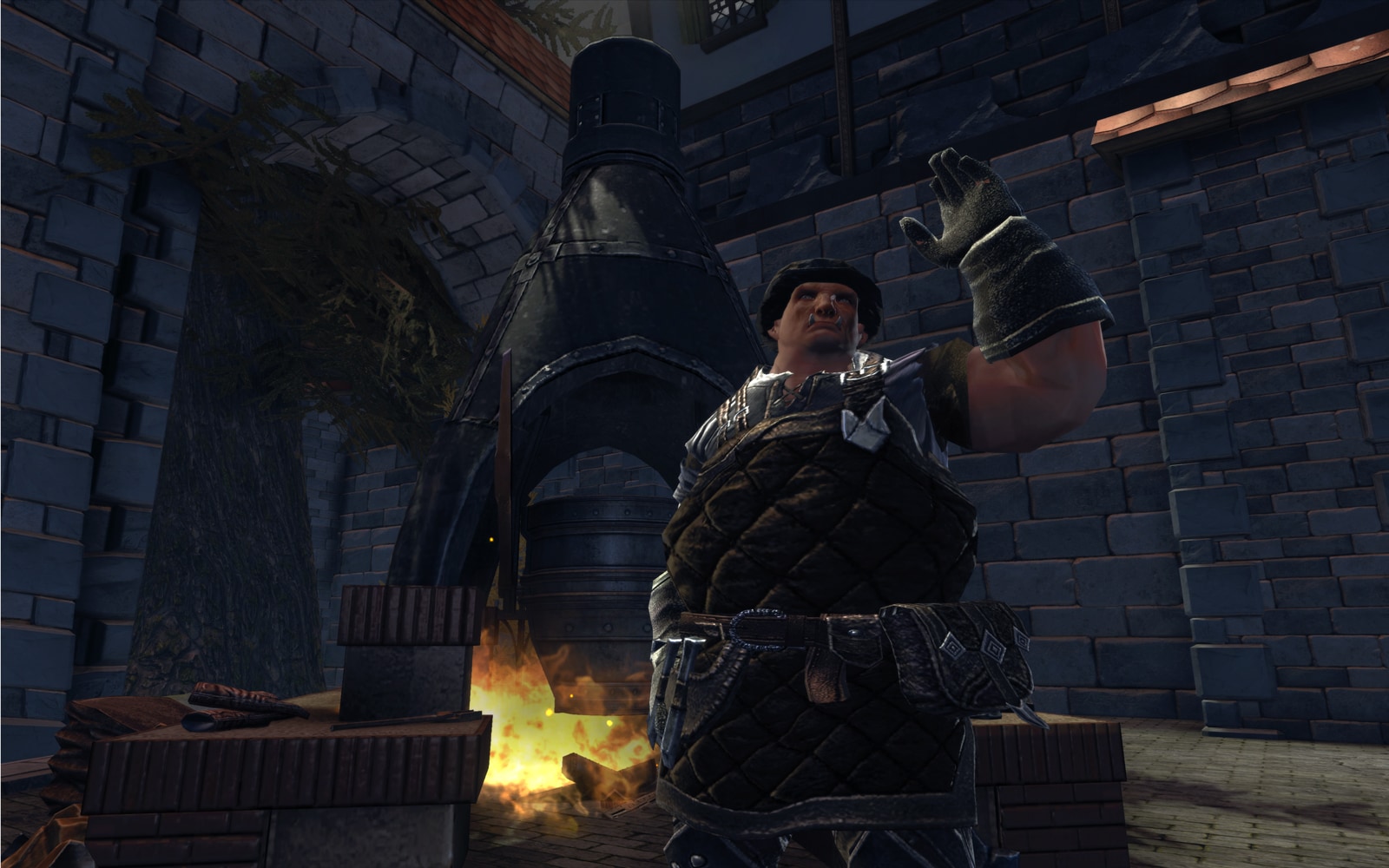 The second group are similar to the jubilee vendors in that they produce resources for your guild. These structures need to be tended to deposit resources into your guild’s coffer, and are designed to help smaller guilds gain access to some of the harder to accumulate resources.  This group includes the Recruiter, the Assayer, and the Gemcutter. Building these new structures allows smaller guilds to turn plentiful resources, such as wood, metal, stone, or food into scarcer ones, such as Influence, Gems, and Gold. Most of the new structures require some combination of the basic resources, which guilds typically have in decent quantities. For larger guilds, the masterwork stores allow them to create more decorations for their Great Hall or for auction, converting Guild Marks into much needed Astral Diamonds.

Guilds with Astral Diamonds to spare have an extra choice, the Mysterious Merchant. This shady character has a store containing an assortment of items including decorations for the Great Hall and some rare equipment. Each time you summon the Mysterious Merchant to your stronghold the items in her store can change, so you’ll never be sure exactly what she’ll have to offer. Other than mystery. She always has plenty of that. We hope that temporary structures will help smaller guilds make progress as we continue to assess the stronghold economy. Look for additional structures in forthcoming modules, and let us know what else you’d like to see to help your stronghold thrive.