Adventurers, the first Module, Fury of the Feywild, is coming in one week on August 22, 2013! The fight to defend Sharandar against King Malabog's forces is coming and we want you to fully prepare for what's ahead. With this upcoming content expansion comes many changes and updates based on your incredible support and feedback. One of those changes is the removal of Nightmare Lockboxes**. Don't fret! We'll have a new lockbox next week with new items.

In the meantime, if you have not gotten a chance to open up a Nightmare Lockbox, open one now and you could receive one of these incredible items: 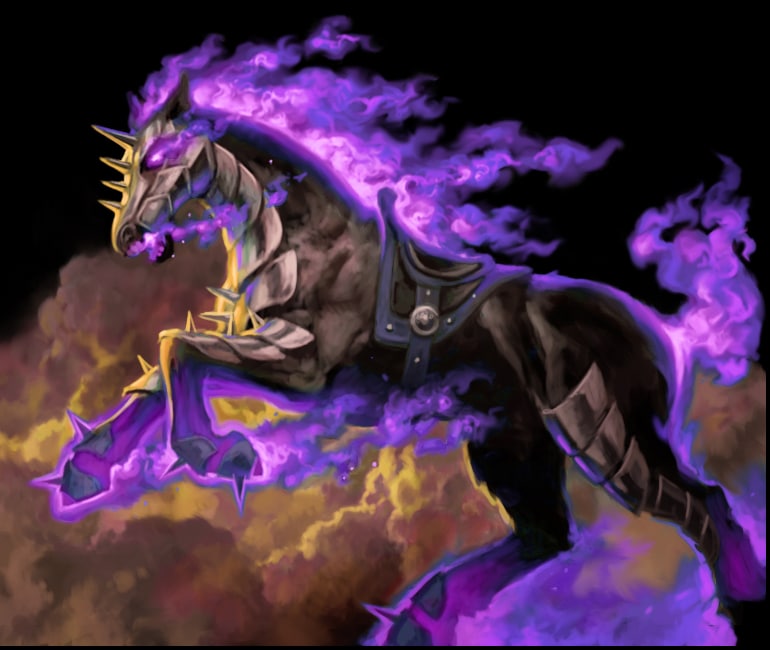 For one week only, you could obtain this Heavy Mystic Nightmare!

Heavy Inferno Nightmare - Ditch your slow mount and ride one of these rare creatures from the Shadowfell! If you wish to ride this mount instead, trade in an unbound Heavy Mystic Nightmare into the mount vendor at Protector's Enclave. Phoera - This creature burns with the power from the Elemental Chaos and is one of the most rare companions available! For one week starting today, you could obtain the Mystic Phoera companion!

Lesser Indomitable Runestone - Your companion is unstoppable with this powerful Runestone equipped to deal extra damage.

Gloomwrought Weapons Crate - Contains a Rare-quality item for your class and level.

Jeweled Idol  - 40,000 Astral Diamonds for you to spend in Neverwinter for your most desired items.

Coffer of Runestones - Contains Runestones, including Epic, to enhance your companions.

Leadership Special Pack - Open these special packs for a chance at Epic assets and resources.

Starting today, August 15, Nightmare Lockboxes could have a chance to contain the Mystic versions of both the Heavy Inferno Nightmare mount and the Phoera companion. These new lockboxes will drop for one week until Fury of the Feywild is released. After Module 1 is live, these Mystic versions of the Nightmare Lockbox will return back to the normal version, but no new Nightmare Lockboxes will drop after the Module is live and existing ones will not be deleted. If you wish to obtain a Mystic mount or companion, please open your lockboxes before Thursday, August 22! The new Feywild Lockbox will appear in game after Fury of the Feywild is released. More information will be available on these new lockboxes next week.

Don't miss out on these incredible rewards, adventurers. Let us know which items you desire most on the official Neverwinter forums.