Mudd's Into Darkness and Beyond Choice Pack! 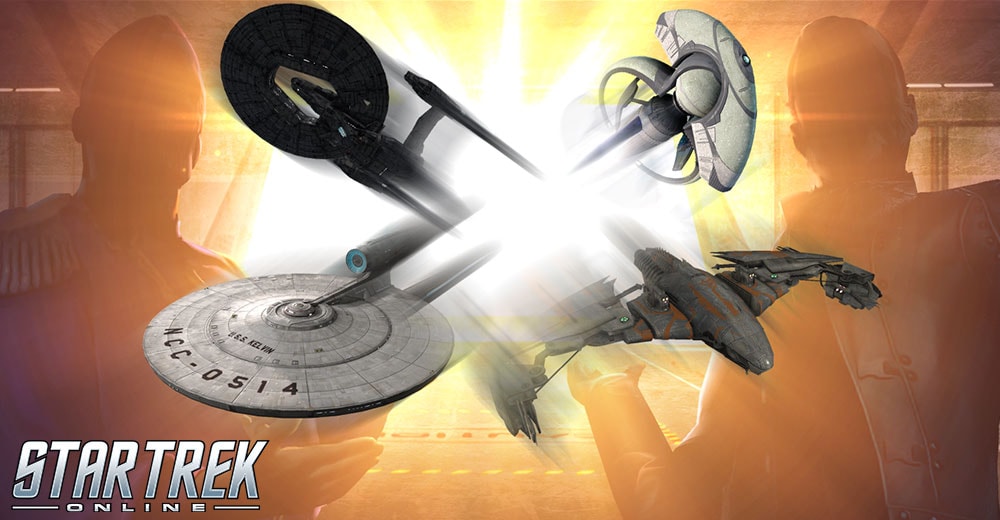 My friends! Come closer! Closer still! That's too close, I don't need to smell you. Ha ha ha! I, Harcourt Fenton Mudd, have a secret for you. You may know that there are universes other than our own. Places where one tiny choice flapped a butterfly's wings and changed everything. I'm sure you do - it seems that "Mirror Universe" is popping into our universe every few days or so. But did you know that there was a time travel event that created a universe vastly different, but yet so similar to our own? When Ambassador Spock and the Romulan terrorist - or freedom fighter, depending on who you ask - Nero traveled back through a wormhole, and in destroying one single ship, the U.S.S. Kelvin, changed everything? I know, because I have been there! Well, not me, myself - bzzt - but one of me certainly has! And he returned with a plethora of gifts - massive starships that need to be seen to be believed, nimble Klingon craft, and even a recreation of the vessel Ambassador Spock flew through that very wormhole. The line forms to the left, gentlebeings!

We're adding a special version of the pack on PC! The Mudd's MEGA Into Darkness and Beyond Bundle is a one stop purchase to obtain all eight items in the pack at once! The pack contains all eight items, no choices needed. It will also launch on 6/10, for 60000 Zen, but will be 50% off until 6/24 at 10am PT. Here's how it works:

Yes! Even if you only purchase it once, the Mudd’s Into Darkness and Beyond Choice Pack allows you to choose any three of the above ships, keys, coupons or upgrades. You can choose multiples of the same item, as long as it’s not a ship. Some of the possibilities include:

You sure can. You can choose the Experimental Ship Upgrades, Ultimate Tech Upgrades, and Lobi up to three times each, per purchase of the bundle.

That’s right. If you only want Upgrades, you can purchase this bundle once, choose the Upgrades three times, and get 27 Upgrades. It’s up to you!

What about the Kelvin Packs? How do they work?

Choosing either Kelvin Pack 1 or 2 unlocks all the ships in that pack for your entire account. So choosing Pack 1 grants you the Kelvin Constitution, T'laru, and the d4x for all characters on your account.

If Spock teaches Scotty how to do Transwarp Beaming before Scotty invents it himself, but Spock learned it from Scotty, isn't that an infinite temporal loop and a huge paradox?