We recently revealed Mercenary Contracts, a new form of daily quests in Curse of Icewind Dale our next content expansion. That is just one part of the new PvE campaign which will offer you new challenges and bring you to exciting new areas in Icewind Dale. Additionally we will be introducing a brand new PvP Campaign and Leaderboard which will intensify PvP competition.

Beyond the spine of the world, the evil goddess Auril has cursed the land. Enchanted black ice poisons the souls of the people of the Ten Towns, driving them to cruelty and violence. Clever Dwarves fashion this ice into powerful, corrupting weapons and armor. This is what brings adventurers to Icewind Dale.

As you complete quests for the people of Caer-Konig, earning their trust, you will work your way towards the most powerful black ice gear.  Completing daily quests such as the Mercenary Contracts will reward you with new campaign items: Konig Coin, Dwarf Gold and Auril’s Tears. Much like the Sharandar and Dread Ring campaigns, collecting a certain amount of these items will allow you to progress through the campaign unlocking new territories such as Dwarven Valley and Kessell’s Retreat.

Progressing through the Icewind Dale Campaign will reward you with new boons, black ice enchantments, and profession items to aid you in Black Ice Shaping. The Icewind Dale campaign presents new challenges and fearsome enemies, completing it will be no small task, but the rewards for doing so will be plentiful. 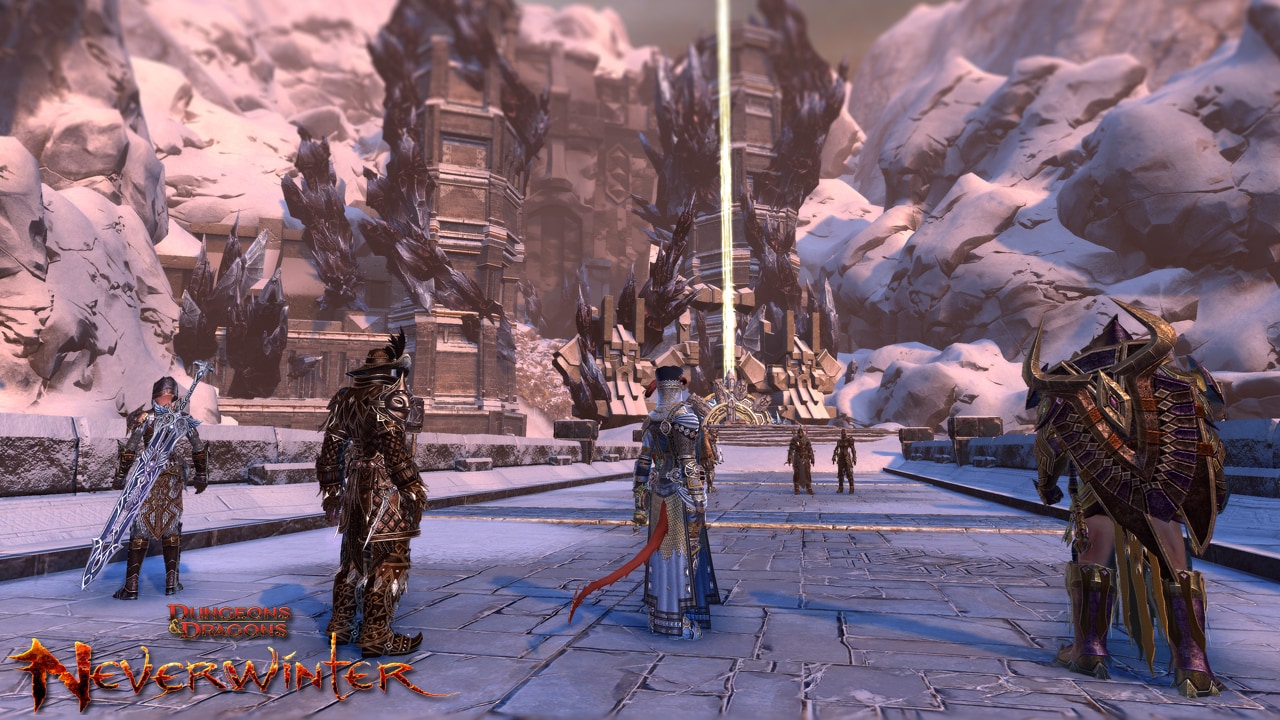 In the arenas and battlefields that dot the Swords Coast, the most hardy of adventurers test their mettle against each other, bringing steel and spell to bear in struggles for supremacy, power and glory. Only the mightiest will reap the rewards.

Module 3 introduces a new PvP campaign that will task players with reaching specific milestones throughout the three PvP areas, which includes the new open world PvP areas of Icewind Dale. 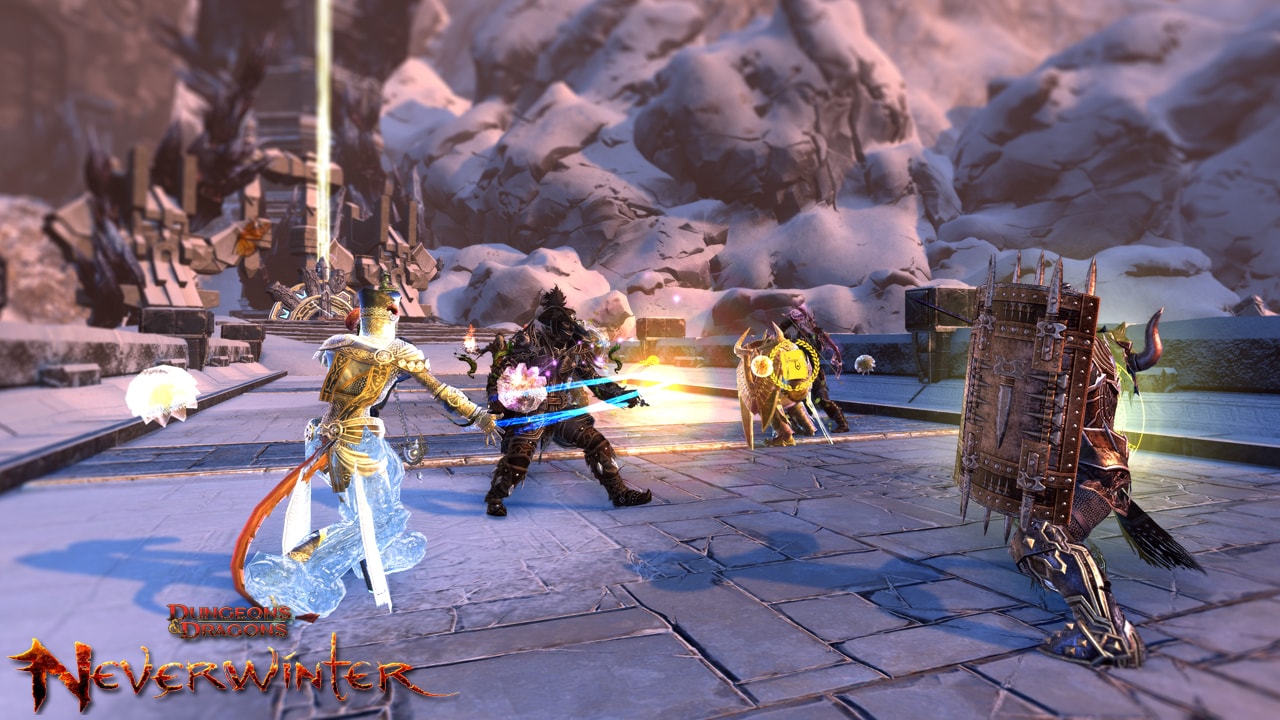 During your PvP Domination, Gauntlgrym, and Icewind Dale matches, your stats will accumulate and you’ll progress through the PvP campaign by reaching certain milestones such as: Capture 100 points in Domination, earn 75 double kills in Icewind Dale, or execute 150 players in Gauntlgrym. 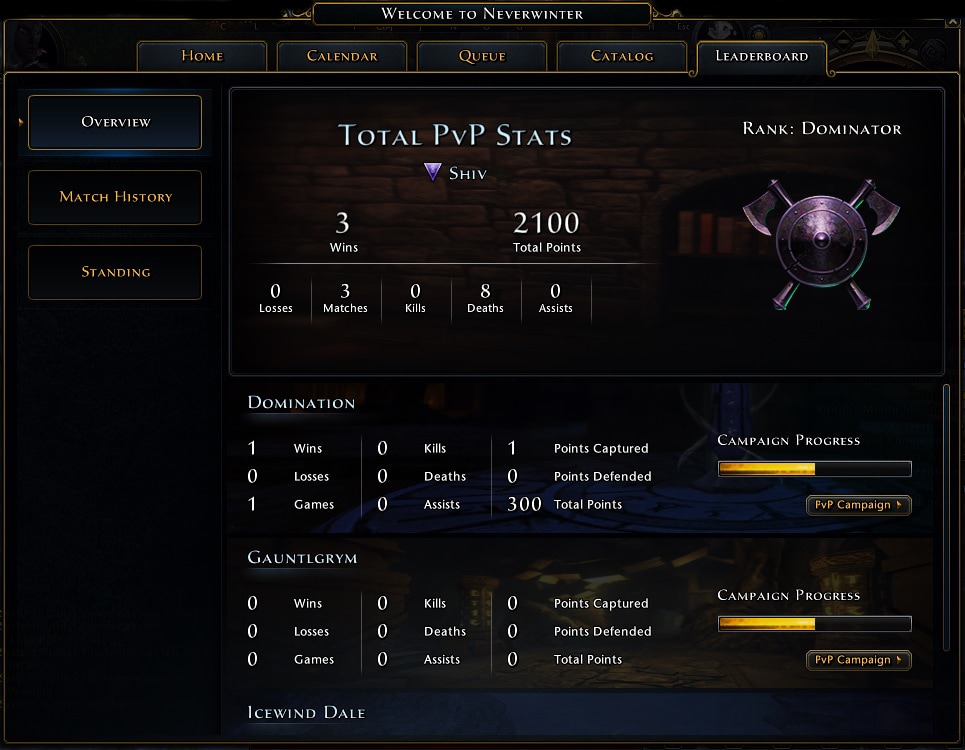 To go along with the new PvP campaign system we’re also introducing a new Leaderboard system to track your successes, and failures, in your PvP career. You’ll be able to see your match history, track the number of kills, deaths, assists, points captured and defended.

Furthermore you’ll be able to see how you fared in each of the three modes along with seeing your overall stats. You will also be able to see where you rank amongst other adventurers in Neverwinter within the Standings section. More importantly you can search for other players and see how you compare to your friends or guildmates. A little friendly competition never hurts. Not only does the leaderboard add more competition to PvP, it can also serve as a way to improve your own play style and strategy. 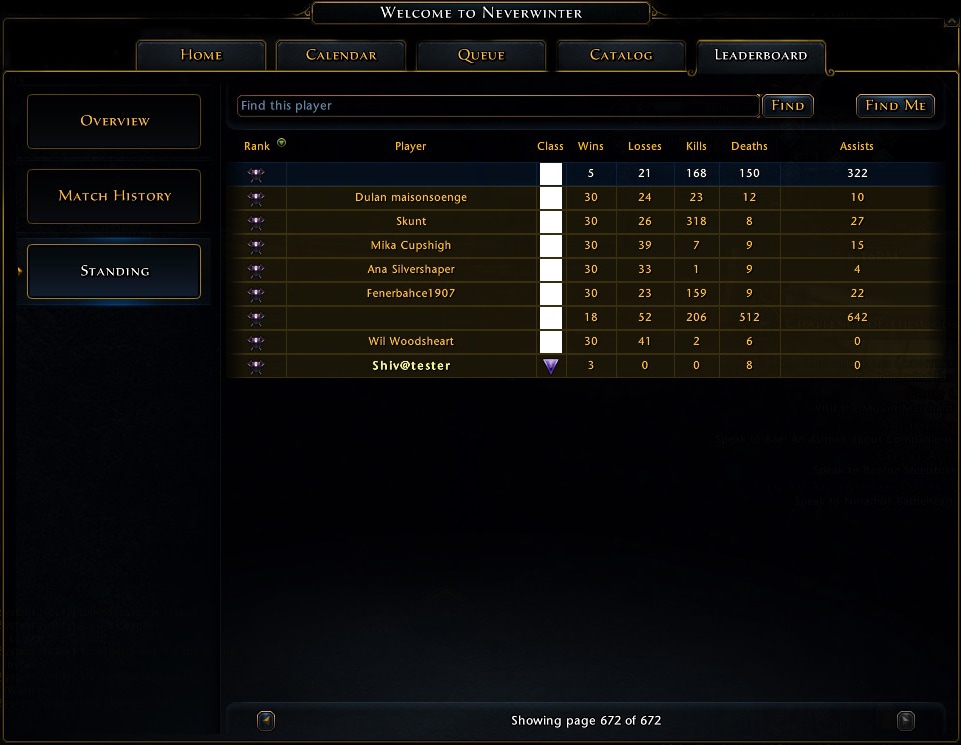 When Module 3 launches your PvP statistics will not carry over from previous battles.  Everyone will see an empty Leaderboard and your matchmaking rank will also be reset in Domination. This will ensure that there will be no unfair advantage as everyone will be starting from zero.

Completing the new campaigns will show that you are able to stand shoulder to shoulder with some of the mightiest heroes in all the realms. We can’t wait for everyone to jump into Icewind Dale and experience the challenging adventures. Are you excited for the new campaigns and leaderboard? Let us know in the official Neverwinter Forums.