All across the Sword Coast, the roars of corrupted dragons fill the air. The cries of Tiamat’s children pierce the planes, their agony reaching the Dragon Queen’s ears. Consumed by hatred as her altered children succumb to the might of Neverwintan heroes, she plans her vengeance upon the people of Faerûn.

Watching the offenses against her brood grow, Tiamat calls out to the Cult of the Dragon, “the banishment of your goddess is at an end! Free me, and all of Toril will burn!”

Tiamat shall rise once again.

With the Dragonslayer module comes a reworked Tiamat trial available in both Normal and Master difficulty. The Normal version is available to all players with at least 30,000 Item Level and will be included in the Random Trial Queue. The Master version is a challenge worthy of the strongest adventurers in the realm and will require 70,000 Item Level.

The Dragon Queen has learned some new tricks and will use everything at her disposal to crush the mortals attempting to disrupt her ascendance. Tiamat employs oppressive magic to sow chaos on the battlefield that can only be dispelled with special Dragon Souls acquired during the encounter. Resourceful adventurers that utilize the Dragon Souls effectively will find some measure of reprieve from Tiamat and her servants’ relentless assault. However, simple trinkets will not be enough; you’ll need the help of powerful clerics capable of weakening Tiamat to give you a fighting chance. Keep them safe!

Defeating Tiamat on Normal Difficulty gives the chance of acquiring the following items in addition to general Trial rewards: 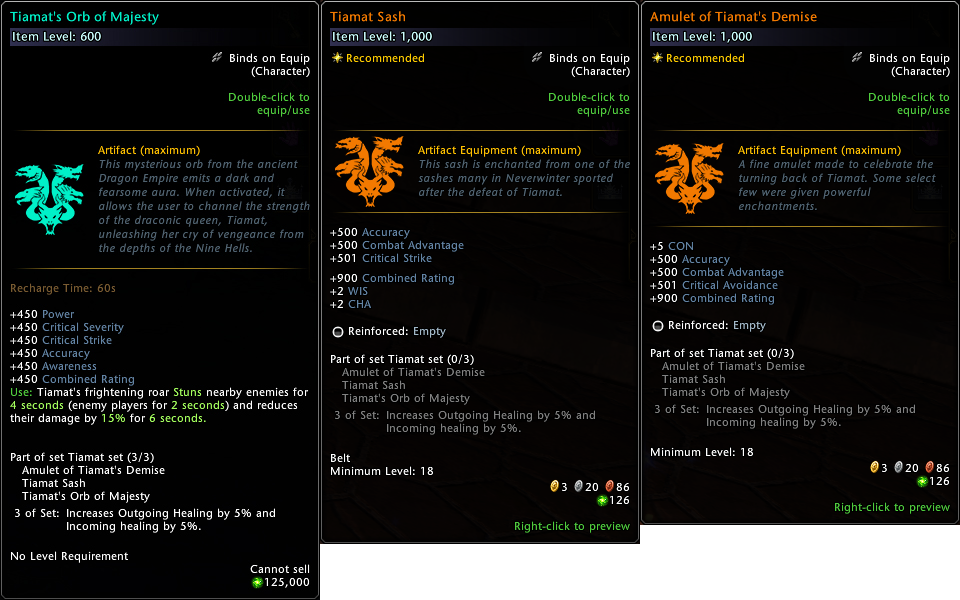 Defeating Tiamat on Master Difficulty gives the chance of acquiring the following items in addition to general Master Trial rewards: 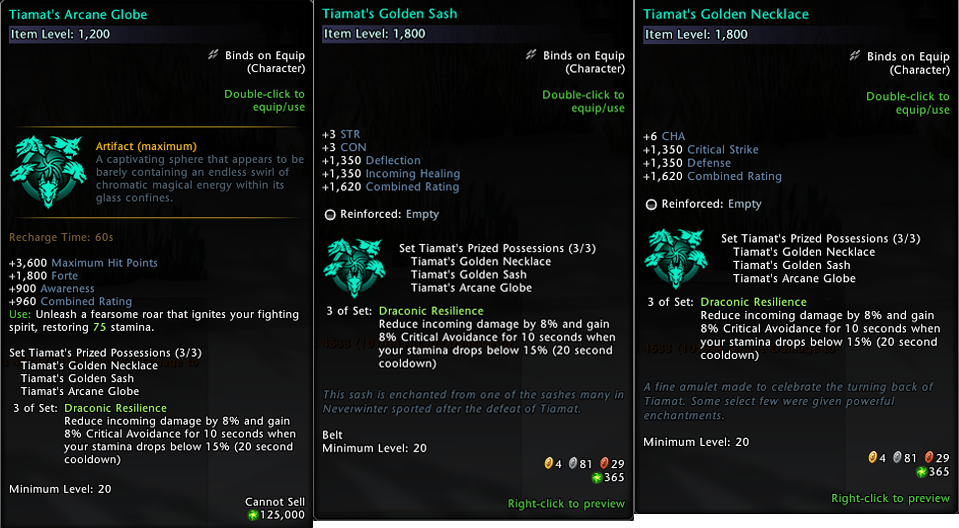 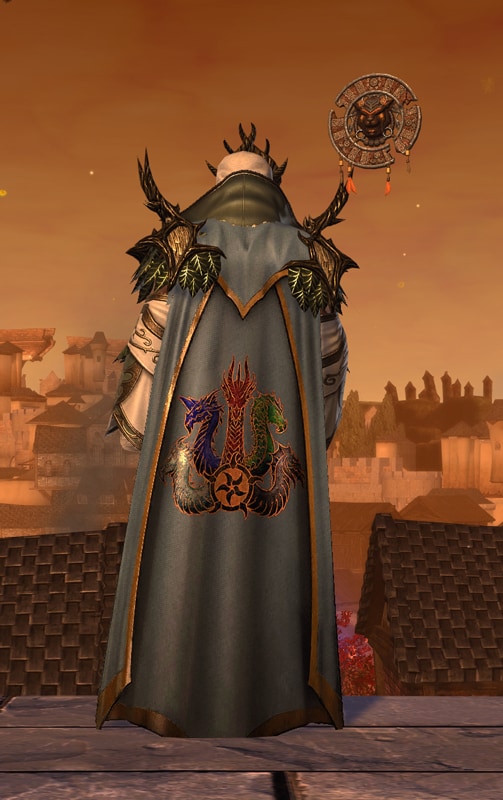 Save the realm from Tiamat!