Hello Adventurers, Rob "Cryptic-Ridi" Hrouda here to talk to you about something very important. I'm gonna keep it a buck with you here and put it all out there. The Demogorgon trial just isn't harvesting enough tears these days. We've got incredibly detailed reports that track salt levels, and Demogorgon just isn't pulling its weight like it used to. I chalk it up to our player-base growing in skill and being just better than they were when Demogorgon first hit the scene.

I'm proud of you for all the progress you've made. The mechanics just don't challenge you anymore, and you breeze through it rather effortlessly. But this means I have to do something about it, and I'm not content to just ratchet up damage numbers and health values. I'm kind of weird like that. Instead I tore it to pieces and rebuilt it. I added some mechanics to it, removed the old scoring system, left Goristro alone because he's perfect already, and generally just made it a bit tougher.

Now I know what you're thinking. Yes, it's still in the random queue- NONONO, don't go queue for Tiamat, hear me out. It's tougher, sure, but it's still very doable. Tanks have to be able to tank-swap, healers have to do their thankless task keeping everyone alive who stands in red zones, and DPS have to run around destroying portals to keep the group from being overrun. It's a little more complex, but I have faith in you.

I'm not going to just make something noticeably more difficult and then just walk away from it either. I've added a new artifact set to the rewards. That's right, a whole new artifact set, themed around the Demogorgon. Do you like tentacles? Do you like reducing enemy defenses by a stacking percentage? Yeah that's right, I got you, I know what you want. All three pieces of the set are available as a potential reward for completing the new Demogorgon trial. 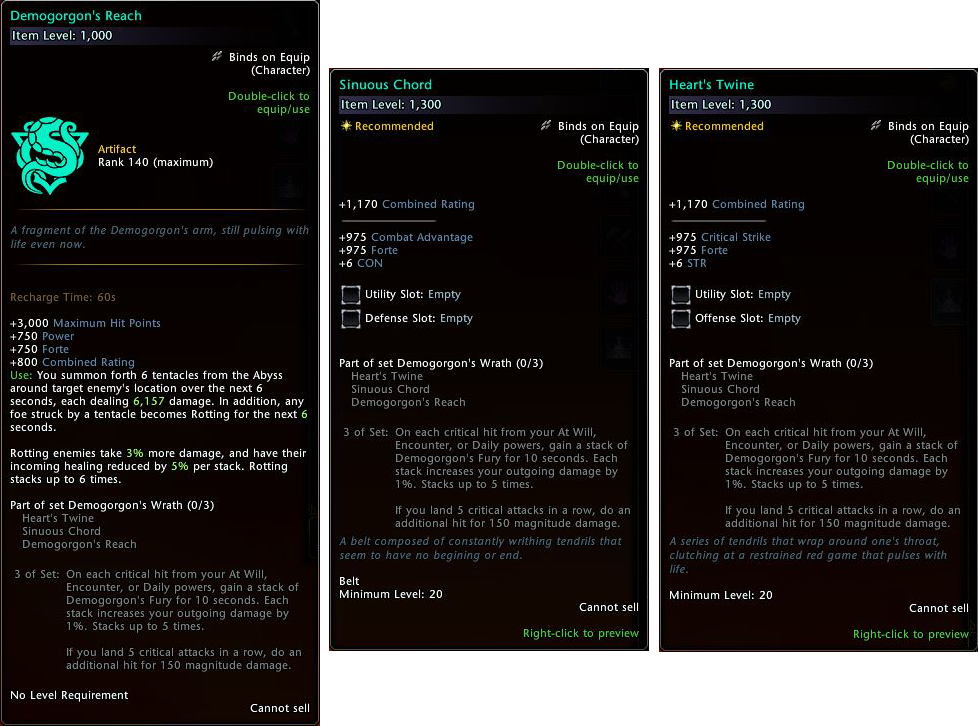 Goodluck, Adventurers! Go play it. Now. Or whenever it releases. When is this releasing again? Soon?* Alright. 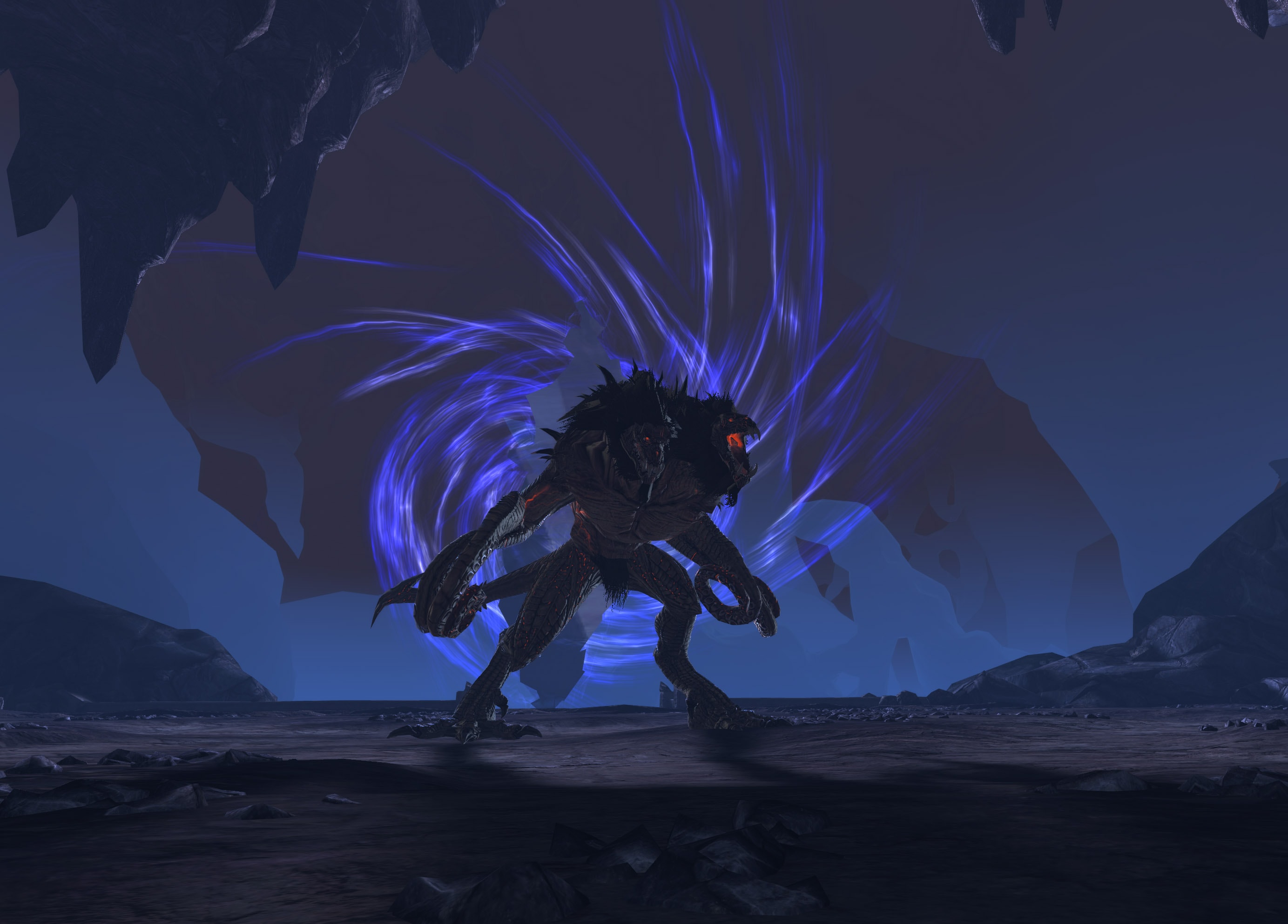 *While the definition of “Soon” is mutable, for the purposes of this communication we mean tomorrow, September 28.