Players will travel to one of the floating devil citadels littering the skies above Avernus. Their bulky chains criss-crossing in a chaotic spider web of misery as they pull their victims down to hell. Several of these citadels have captured the Vallenhas family Stronghold. Through might or luck, adventurers need to make their way into these citadels to break the chains, offering some respite for the cursed family. 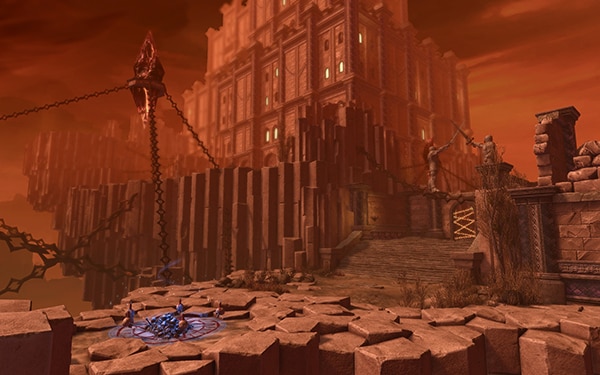 Breaching the gates of a devil citadel is no easy task. The demons had plans of their own, however, and are invading hell in a battle known as The Blood Wars. Wanting to win at any cost, the demons will offer a brief alliance to any who wish to cause destruction, or even simply a distraction, to the devils. Such a group of demons can be found by adventures at the gates of the Infernal Citadel, ready to grant additional power to those ready to fight, but can demons ever be trusted?

Besides the tricks and traps the devils have lying in wait, new powerful foes are ready to pounce on any fleshling who stumbles into their territory. A giant Bone Devil, complete with spines as sharp as spears and wings alongside its long claw tipped limbs which keep its movement unpredictable. 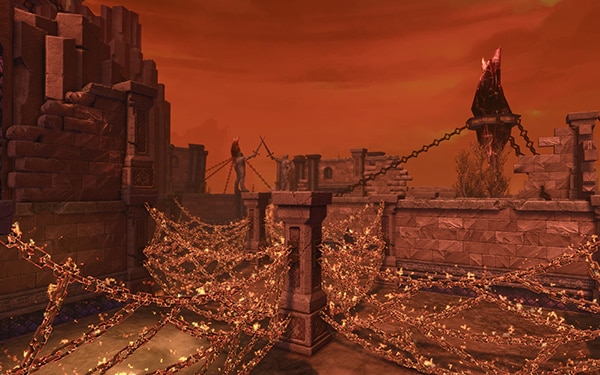 A pit fiend who can summon deadly pools of fire at will holds court inside the citadel. Don’t make the mistake of approaching him the same as any old devil, for Zaphael is one of the most powerful of his kind and will not take kindly to any mortal who thinks they are worthy of his challenge.

Even if players survive all of the deadly critters, traps, chaos, and fire, they will be forced to face off with the massive Hellfire engine up close in the caged death arena the devils use to entertain themselves with the poor unfortunate souls they capture. But don’t worry, you won’t be intimidated by the skeletons of the previous arena victims, as they’ve all burned up in the magma bubbling just below the grated floor.

We hope you are as excited for our chaotic journey into Avernus as we are, and beware the odd looking chickens, they aren’t friendly.

See you in Hell!