Infiltrate and Destroy in Operation Wolf! 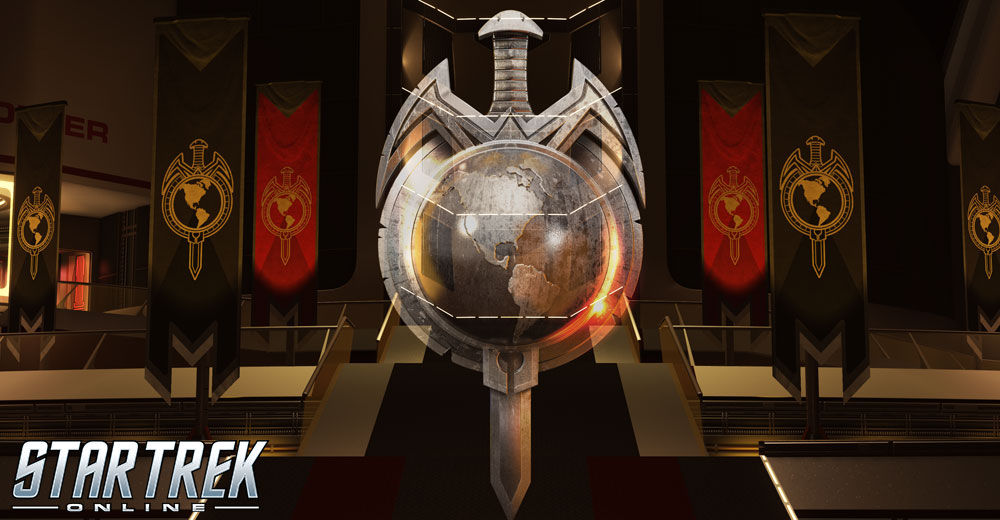 “Frankly, Admiral, I don’t care how you do things in the Terran Empire. You’re over here now and you’re going to do things our way.” Admiral Quinn stood up from behind his desk and tossed the data pad filled with feedback notes onto his desk with an emphasizing clatter. He straightened his jacket as he paced to the side of his desk and put a hand on it to steady himself as he drew the other over his face in frustration. Once the calm had returned to him, he turned to Admiral Leeta as she took the liberty to pick up the data pad and peruse its contents.

“That’s the least of my concerns here and you know it. Stop deflecting. You can’t possibly believe that will work on me.” Quinn composed himself.

Leeta rolled her eyes. He was right though; he wasn’t anything like the Admiral Quinn from her universe. There, her antics had a much more measured effect upon him and she could usually get what she wanted. It was irritating having to actually work hard to meet his approval here, but, a welcome change of pace considering. The Federation may seem soft on the outside, but one thing Leeta was learning fast is that all those apparent weaknesses made for some excellent ablative armor in the form of many and varied allies; something the Alliance had taught the Terran Empire decades ago.

She paused her review of the data pad and gave Quinn a look. “Seriously?”

Leeta turned the pad to face Quinn, “You object to the training program having an objective to eliminate your Terran counterpart?”

Quinn nodded and turned to walk back around his desk, placing a hand on the back of the chair, “The parameters for the operation were clearly laid out, Admiral. This operation is a simulated data acquisition mission, not an assassination attempt…”

It was Leeta’s turn to abuse the poor data pad this time. She sent it skidding across Quinn’s desk with a flip of her wrist that was as swift as her forgetting about it. She leaned forward on the desk almost predatorily. “It’s a target of opportunity. You have heard of those here in the Federation, haven’t you?”

She scoffed, pushing herself off of Quinn’s desk and throwing her hands up in frustration. Now it was her time to pace. “I’m sorry, but nothing here makes any sense. It all looks the same, for the most part” she paused to examine a plant in the office corner, and then turned her gaze to the more familiar Earth out of the Operations windows, “but beyond that it’s… well… it’s just beyond me!”

Quinn looked to the data pad and then back to Leeta as she continued her frustrated outburst. “You could say the same from my point of view. This sort of behavior would never be rewarded with the title of Admiral here…”

Leeta shot him a look made of daggers. Quinn held his hand up to silence her before she spat venom too.

“But my style of command would also not get me very far in the Terran Empire either.” Leeta nodded at that and folded her arms guarded against what he said next.

Quinn continued, “This training operation is, at its core, an opportunity for us to learn about one another. To understand one another.” Leeta sucked on her teeth at that ridiculous Federation notion of friendship and coexistence overcoming adversity.

Quinn noticed her rising objection and pivoted. “So that we can better know our enemies, and ourselves.”

“And never know defeat” Leeta finished the thought, thankful that there was some common strategic thinking she could meet Quinn on for once. She sighed, unfolded her arms, and stalked over to the data pad. Picking it up and examining, momentarily, for any sign of damage.

“Ok, fine” She began, extending an olive branch, “I’ll remove the target of opportunity directive. But I am not removing your counterpart from the simulation. You wanted this to be as realistic of a simulation as I could offer, so Quinn stays.”

Quinn added, “And the Exocomps are not to be used as expendable assets.”

“Mmm-hmm” Leeta affirmed as she scrawled notes onto the data pad to amend the feedback there. “Anything else?”

“It’s all there, in priority order.” He sat down, “Just… try to think like a Federation officer.”

She narrowed her eyes, “So… planting explosives on the secondary fusion reactors is still out?”

Quinn nodded and motioned to the door, “Now you’re getting it. Dismissed.”

Leeta jotted down the note with a dramatic swipe of a finger, gave a saccharin smile to Quinn and headed back to the team of security officers assigned to her who quickly fell in behind her and followed her out of Operations.

Quinn exhaled and sat for a moment before turning to his communications monitor and issued an order to the computer to open a channel. He addressed the figure on the screen, “Captain, I hope you’re ready. Have your team report to Earth Space Dock within the week. Training operations for an assault on the Terran Earth Space Dock will begin as soon as you arrive.”

With renewed aggressions from the Mirror Universe, and the windfall of a surprising new ally against the Terran Empire, Starfleet is conducting training simulations of a commando raid on the Mirror Universe Earth Space Dock to ensure its officers are well disciplined in performing counter-Terran operations. As part of the continuing training programs of the Khitomer Alliance, they have opened this simulation to Klingon, Romulan Republic, and Jem’Hadar Captains as well. Gather your commando team and prepare to test yourselves in a holo-simulation exercise against an enemy who can match your every step while you strike at the very heart of the Terran Empire in the new Task Force Operation – Operation Wolf.