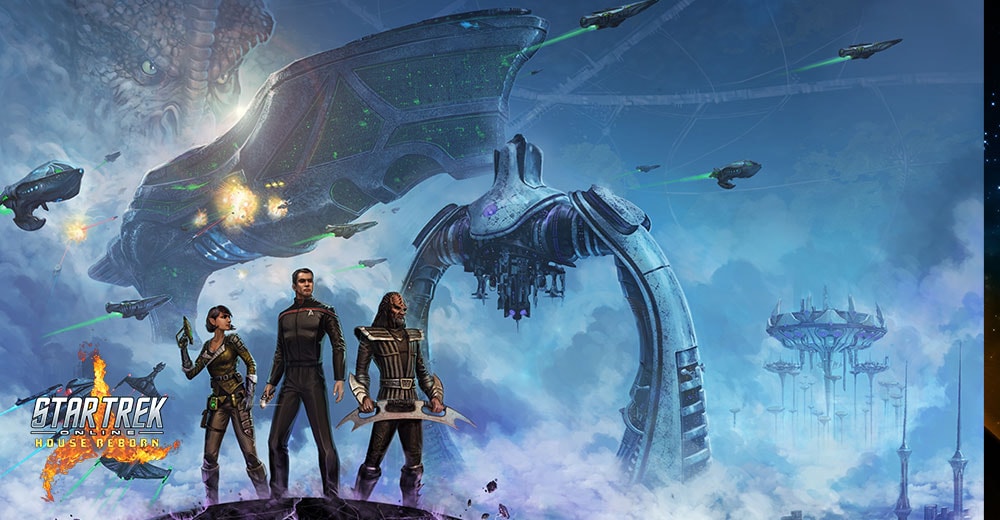 Beginning on April 22nd, the Voth are returning in their City Ship, intent on revenge against the Alliance for their actions in the Solanae Dyson Sphere. In both the Sphere itself and in a daring assault on the massive City Ship, Alliance Captains are gearing up to defend the galaxy against this new incursion. With the Klingon Empire at war with itself, will the Alliance have the necessary strength to repel this Jurassic assault?

For three weeks, we’ll be running a special event in Star Trek Online called The Voth Advance. This Event will include multiple TFOs previously featured individually in a combined Featured Event that will allow players to choose their preferred test each day, while earning Daily Progress toward a new grand prize reward. Play The Breach to dive into a gargantuan ship, in a daring space assault. Or, participate on the defense of the Dyson Sphere when you Storm the Spire.

Participating in this Event will give all players the opportunity to win the Nanopulse Targ for their entire account! Keep reading for details on these items, how you can participate in the Event, and what additional prizes may be earned.

This Featured Event will be the first of a series of upcoming Events that will participate in the second installment of our multi-event system known as an Event Campaign. For the 2021 Event Campaign, a few changes have been made.

The Nanopulse Targ Combat Pet is an item that calls a devastating Nanopulse Targ to aid you in ground combat, attacking enemies with its physical might and energy blades.

Tame the fiendish denizens of the Klingon afterlife, by obtaining your very own Targ of Gre’thor Combat Pet! This reward for the event isn’t alone, however. It has a cousin that is already available in the Zen Store.

The Targ of Gre’thor has been designed to synergize with the recently-introduced Nanopulse War Targ combat pet, available as the Event Reward from the “Voth Advance” Event. If you have both of these Combat Pet devices equipped, and activate either, you will receive a short-duration version of the other pet simultaneously! This bonus works in either direction as long as both devices are equipped.