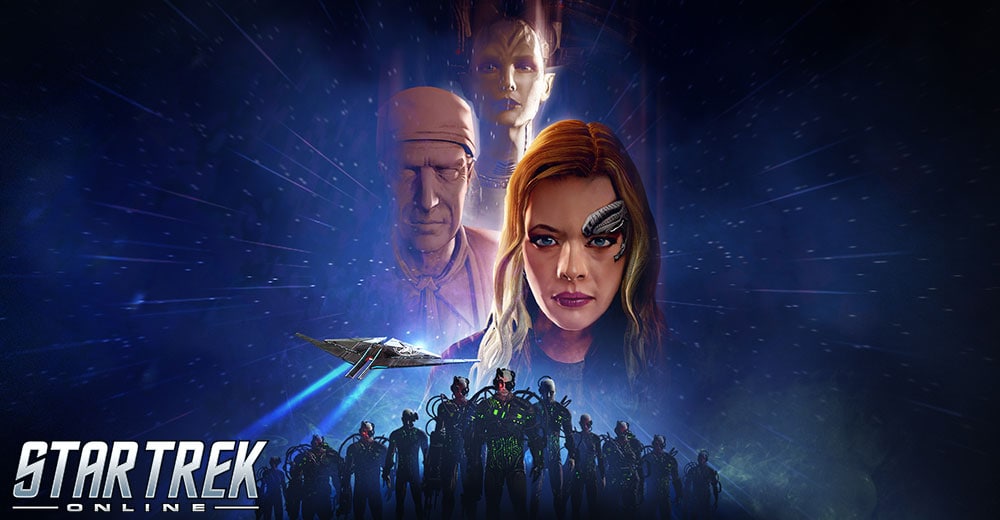 Star Trek Online is pleased to once again invite you to join us for the First Contact Day Celebration starting on PC and Console on April 1st, 2021 and continuing until April 22nd, 2021.

Join the festivities by competing with four other players to build and launch your very own Phoenix Rocket, travelling back to April 4th, 2063, to thwart the Borg’s efforts to prevent the historic event, or, new for this year, participating in a recreation of the Synth attack on Mars! Once per day, any activity will grant a Daily Progress toward the Grand Prize – the Martian Mining Laser. Fatefully used in the synth uprising on Mars, this is a powerful ground weapon.

For the first time, Synth Wave joins the First Contact Day event! The Synths working on Mars have rebelled! Fight in orbit above the red planet, working with a team of fellow Captains to do as much good as possible before you are overrun in the Synth Wave TFO. The fate of Utopia Planitia hung in the balance, perhaps your insight will help us tip the scales if we are tested again someday.

Alternatively, if battling robot-zombies isn’t your cup of Earl Grey, you can participate in the good ‘ole Phoenix Rocket Launch competition. We hope you enjoy the friendly rivalry as you scramble to gather parts and assemble the best rocket under the watchful eye of enormous marble Dr. Cochrane himself.

Completing either of these participating activities once per day, per account, will earn you a First Contact Day Badge Box. Opening this box will grant players the opportunity to choose between 17 Comm Badges as account-wide unlocks. Once unlocked, these immediately become accessible from any Tailor for any Federation character on your entire account.

A replica of the industrial equipment used during the attack on Mars, the hand-operated Martian Mining Laser is a powerful tool for separating veins of ore from surrounding rock, among other things. Just as ancient mining picks found their way onto the battlefield, the hand-operated Martian Mining Laser has a certain unorthodox effectiveness, holding the dubious record for most confirmed kills among excavation equipment. The primary attack deals fire damage to foes in a line, and the secondary firing mode adds fire hazards to that impact. Replacing palm strike, the tertiary firing mode discharges the capacitor from the prongs directly, delivering an electric shock to stun opponents.

On this day, we look back to recapture the feeling of wonder we had toward the future. Hope springs eternal, we have but to drink and be merry.