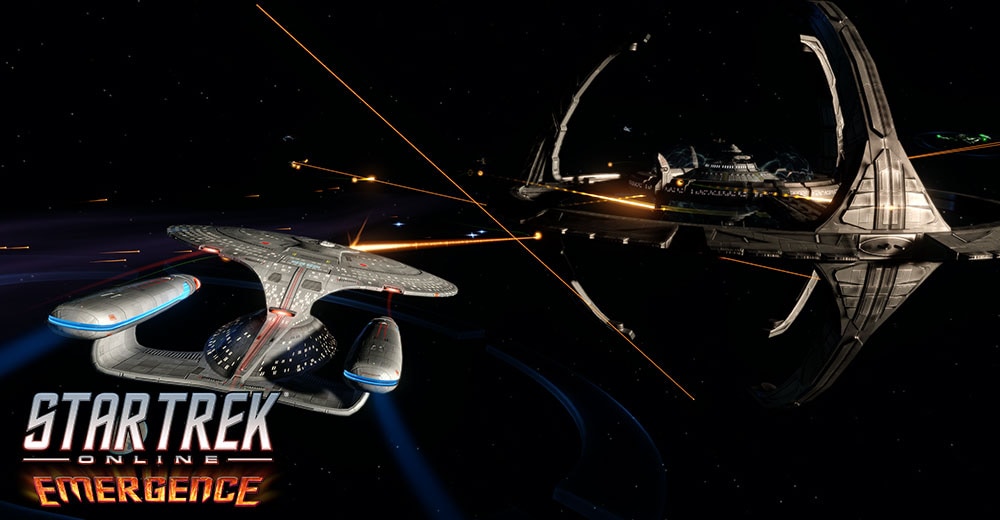 After the Defense of Bajor, a Tzenkethi Deflector Dish was salvaged and reverse engineered, allowing the allied forces to develop their own version of the technology. It improves your ability to control and subdue your foes, while also leaving a residual scattering field that reduces the target's weapon damage capabilities for a short duration.