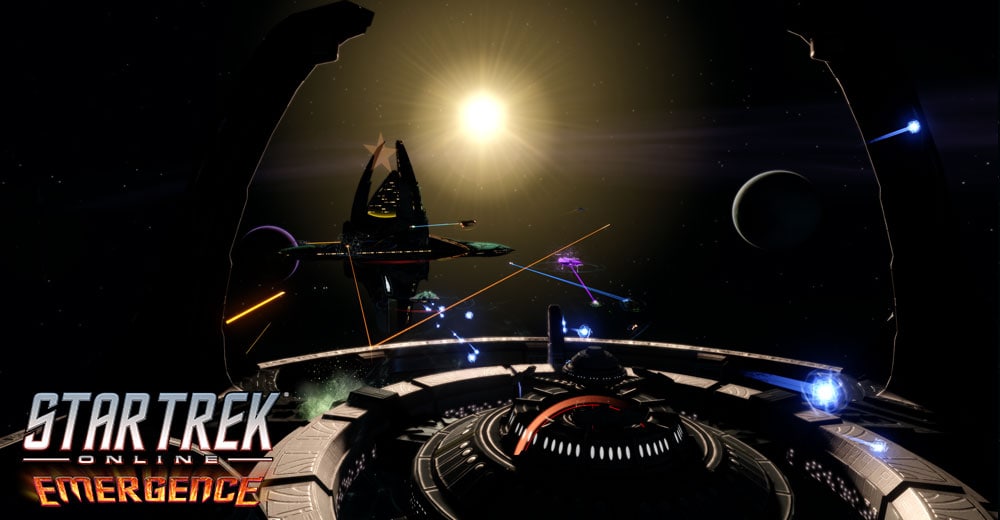 The collective resistance to the Tzenkethi’s genocidal rampage has come to a head. Romulan Engineers have developed the Bajor Defense Covariant Shield Array. When a shield facing is depleted, an ejection of plasma is shed from the shield array in the direction of the downed shield, damaging any foes nearby.

Stay tuned for a future blog for the reveal!