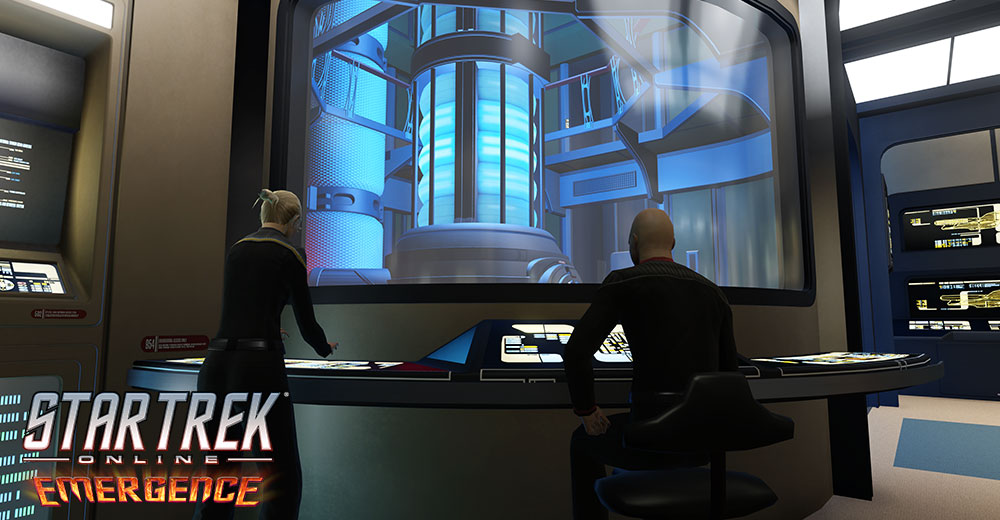 Have you ever crafted a Beam Array and spent resources upgrading it, only to end up getting a mod that doesn’t quite fit the build you’re going for? We have been working away on a new feature that will allow you to re-roll certain mods, granting you the ability to finally craft and modify certain pieces of Equipment to your own satisfaction. 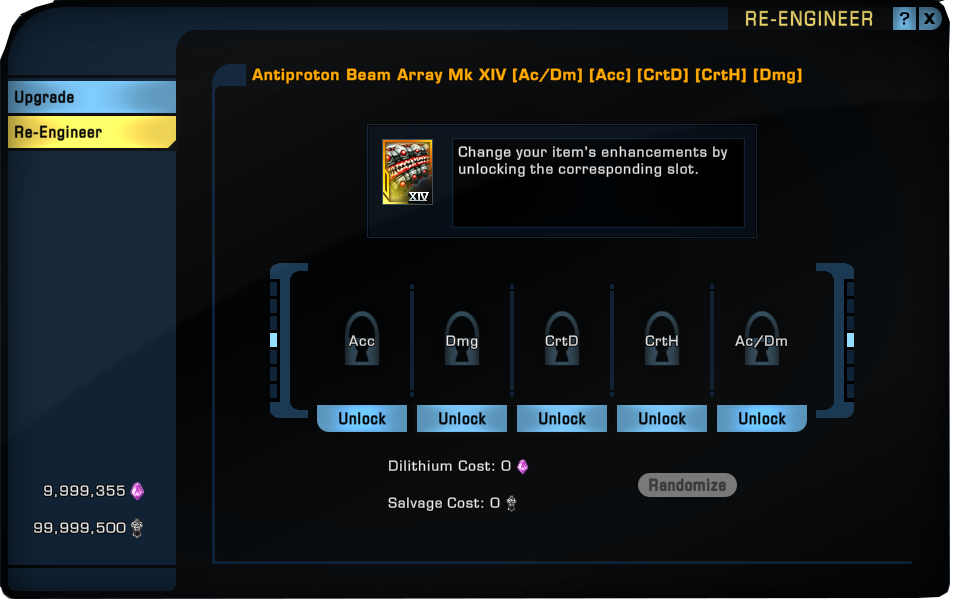 In order to Re-Engineer a piece of equipment, we’re introducing a new resource into the game: Salvage. Salvage is rewarded to Captains from salvaging equipment obtained from loot drops they receive. A new contextual action can be taken after highlighting a particular piece of loot, much the same way you would discard or inspect an item. Salvaging the piece of equipment will destroy it and reward an amount of Salvage based on the equipment’s Mark and Quality.

The cost of Re-Engineering a piece of equipment will be dependent on how many available mods you wish to re-roll, with the cost per mod decreasing as you opt in to additional mod randomization.

With the new Re-Engineering system, we have taken the opportunity to create several new Epic mods. Weapons, Shields, Engines, Deflectors, Secondary Deflectors, and Ground Armor have all received an assortment of new Epic Mods. We’ve chosen to maintain the existing Epic mod as the default mod that is selected when a piece of equipment is upgraded to Epic, which you can then choose to re-roll if you desire.

As we get feedback on the system as a whole, we’ll eventually be able to introduce these items to the re-engineering system.

We hope Re-Engineering will be  a way  for neophyte and veteran Captains alike to better create equipment that matches their particular playstyles and builds.