Season 14 Comes to Xbox One and Playstation 4 November 14th We’re incredibly happy to announce that Season 14 – Emergence will be coming to Star Trek Online on Xbox One and Playstation 4 on November 14th! In Emergence, players will reunite with Captain Geordi La Forge, played by LeVar Burton, for a brand new Featured Episode, “Melting Pot.” You’ll accompany La Forge and Captain Kuumaarke (voiced by Kipleigh Brown) to a new colony world, established by the Lukari and their long lost sister species, the recently rediscovered Kentari. How will these two long separated species learn to interact and coexist? You’ll find out, in “Melting Pot.”

In addition, the update brings with it a brand new, five tier Fleet Holding, the Colony itself on Dranuur. Players and their fleets will help the two races build a new world together, and unlock great rewards for their fleets in doing so. There will also be two new fleet holding defense queues, and a brand new Primary Specialization called “Miracle Worker,” bringing your Captain the engineering wonders of our favorite Chief Engineers of the past, like Montgomery Scott, Geordi La Forge and B’elanna Torres.

And when Season 14 launches, Captains will be able to claim the TNG-inspired Skant outfits, and the TOS-inspired Kilt outfit, from the in-game C-store for free! 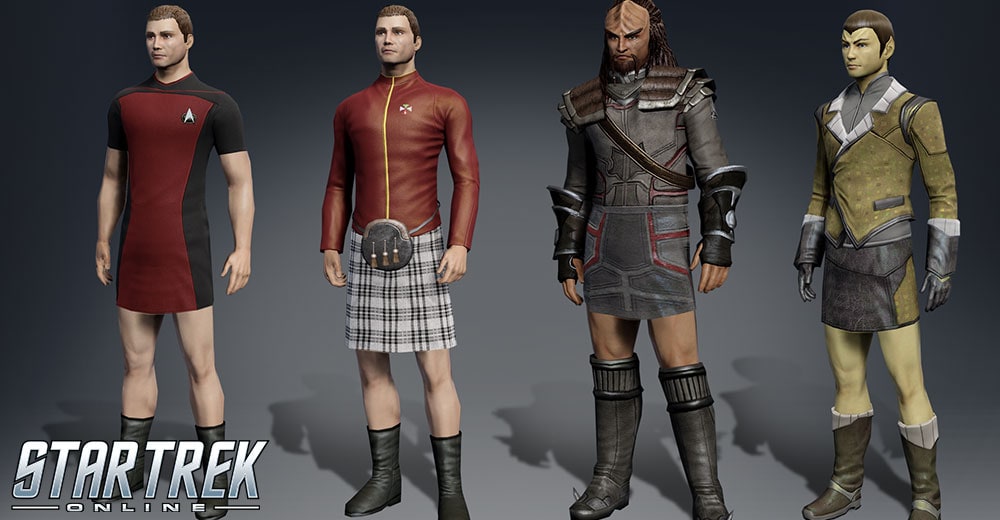 We can’t wait for you to try all of this brand new content, Captains. We’ll see you in game very soon, on November 14th.