Console Captains! It’s a bonanza of opportunities and giveaways starting today on Xbox One and Playstation 4. In celebration of the 30th Anniversary of Star Trek: The Next Generation, players will be able to receive a Type Seven Shuttle for free! And in celebration of the brand new series, Star Trek: Discovery, players will be receiving the brand new Discovery uniforms, also for free! Both of these items will be available from October 19th to November 9th. And for those of you who are bare leg enthusiasts, don’t worry. The free skant uniforms for all three factions and the kilt for Federation Captains are coming very soon. And on top of all of that, the brand new, screen accurate interior for the Galaxy Class ships, featuring the sets of Star Trek: The Next Generation, is now on sale! Star Trek: Discovery, the first new Star Trek television series in twelve years has begun to air on CBS All Access. We’re incredibly excited for all new and exciting additions it will bring to the Star Trek universe. But before you tune back in to see new adventures in the Final Frontier, we’re offering you a chance to experience that era in Star Trek Online. From Thursday, October 19th at 8am PST, to Thursday, November 9th at 10am PST, Federation Captains on Xbox One and Playstation 4 can receive the uniform from the brand new series for free! Just head to the Promotions tab of the C-store to pick it up right now, and we can’t wait to experience the new universe of Discovery with you!

The Galaxy-class interior, made famous by Star Trek: The Next Generation. This was the home of Captain Picard, Data, Geordi La Forge, Deanna Troi, Beverly and Wesley Crusher, and Worf for seven seasons. Now, it can be a home for your Captain as well. This full interior includes the iconic Bridge, Main Engineering, Ten Forward and more. It’ll be on sale for 2000 Zen. Take a look, and click on the right side of the image to cycle through: 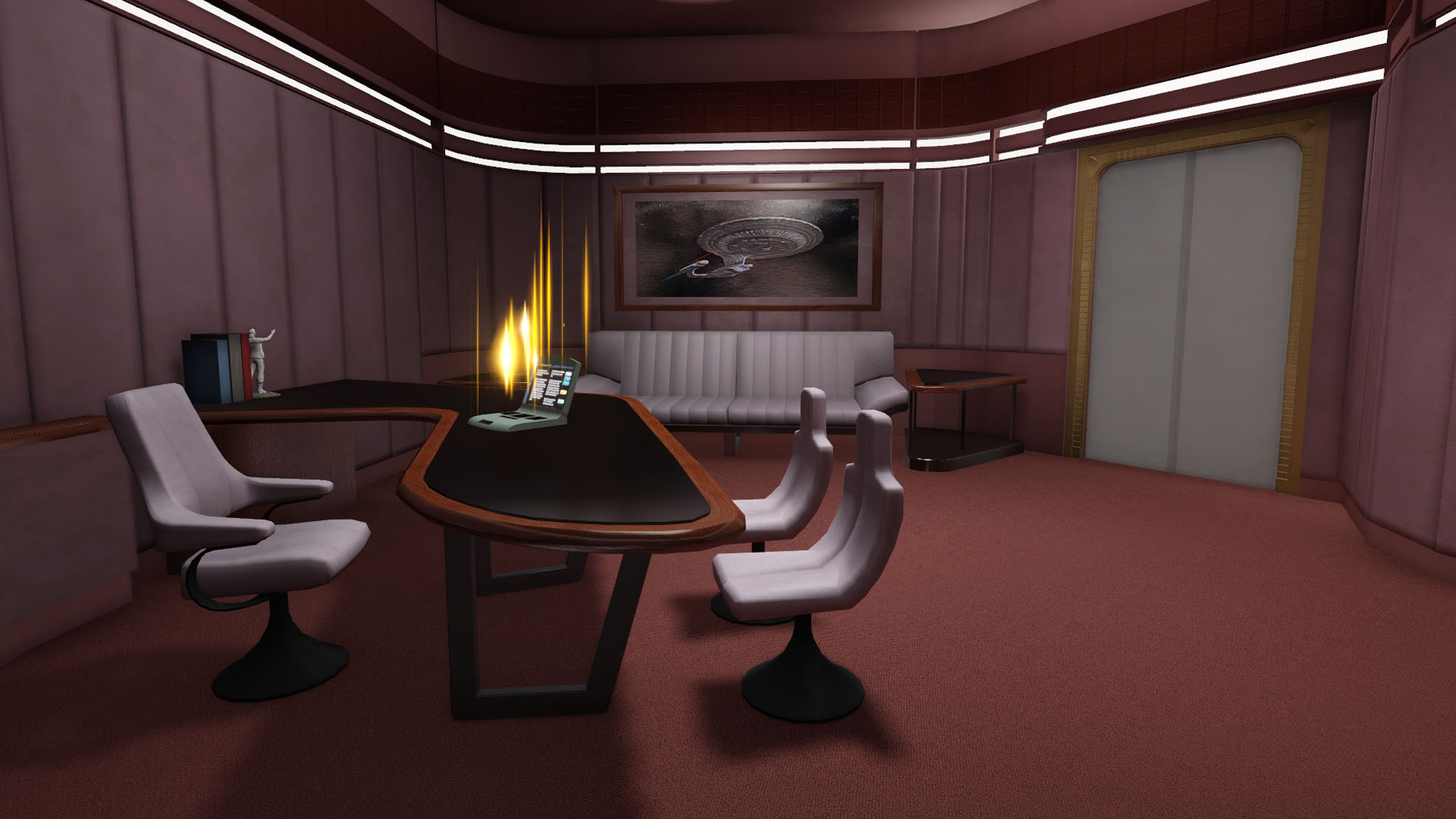 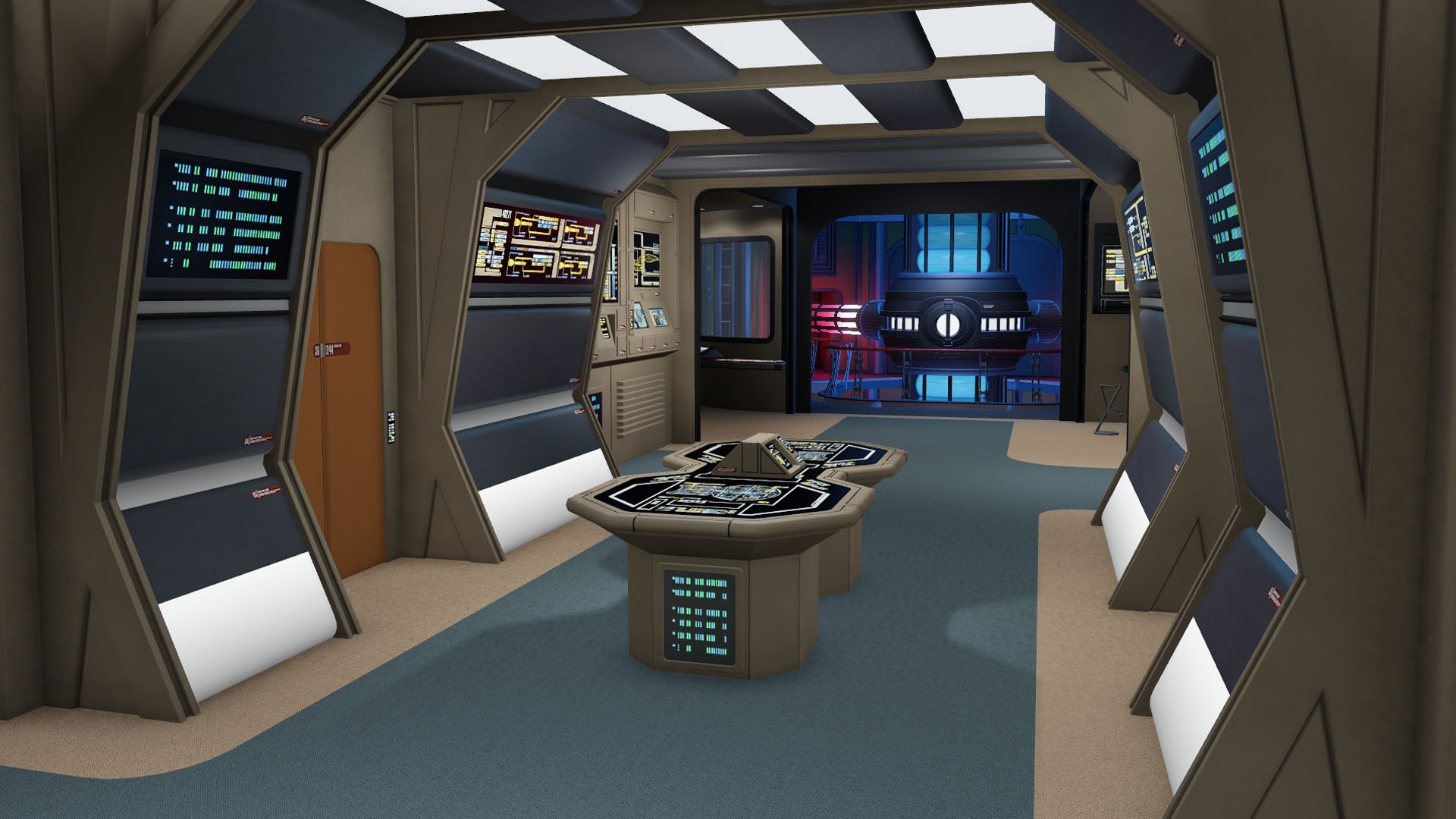 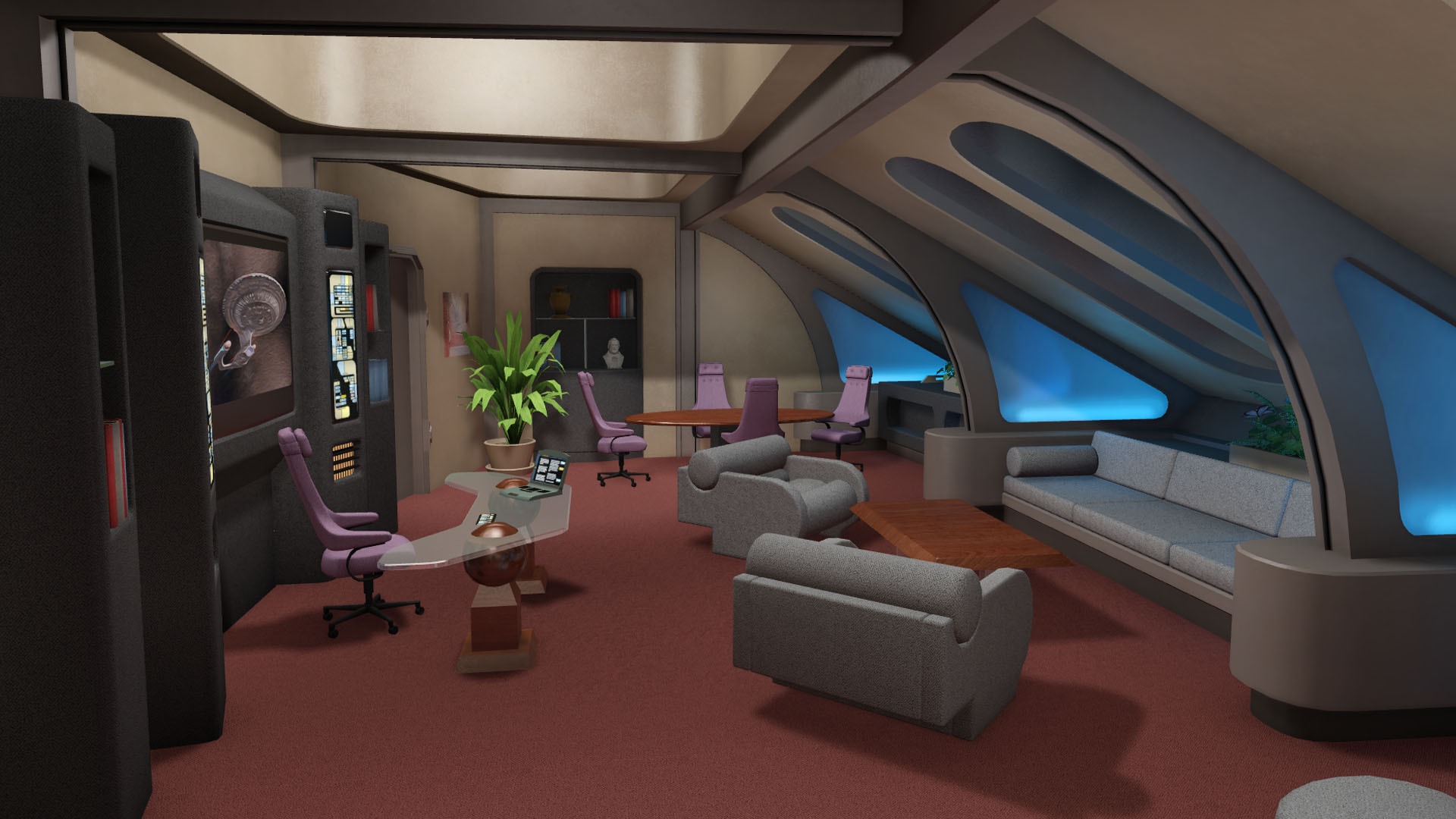 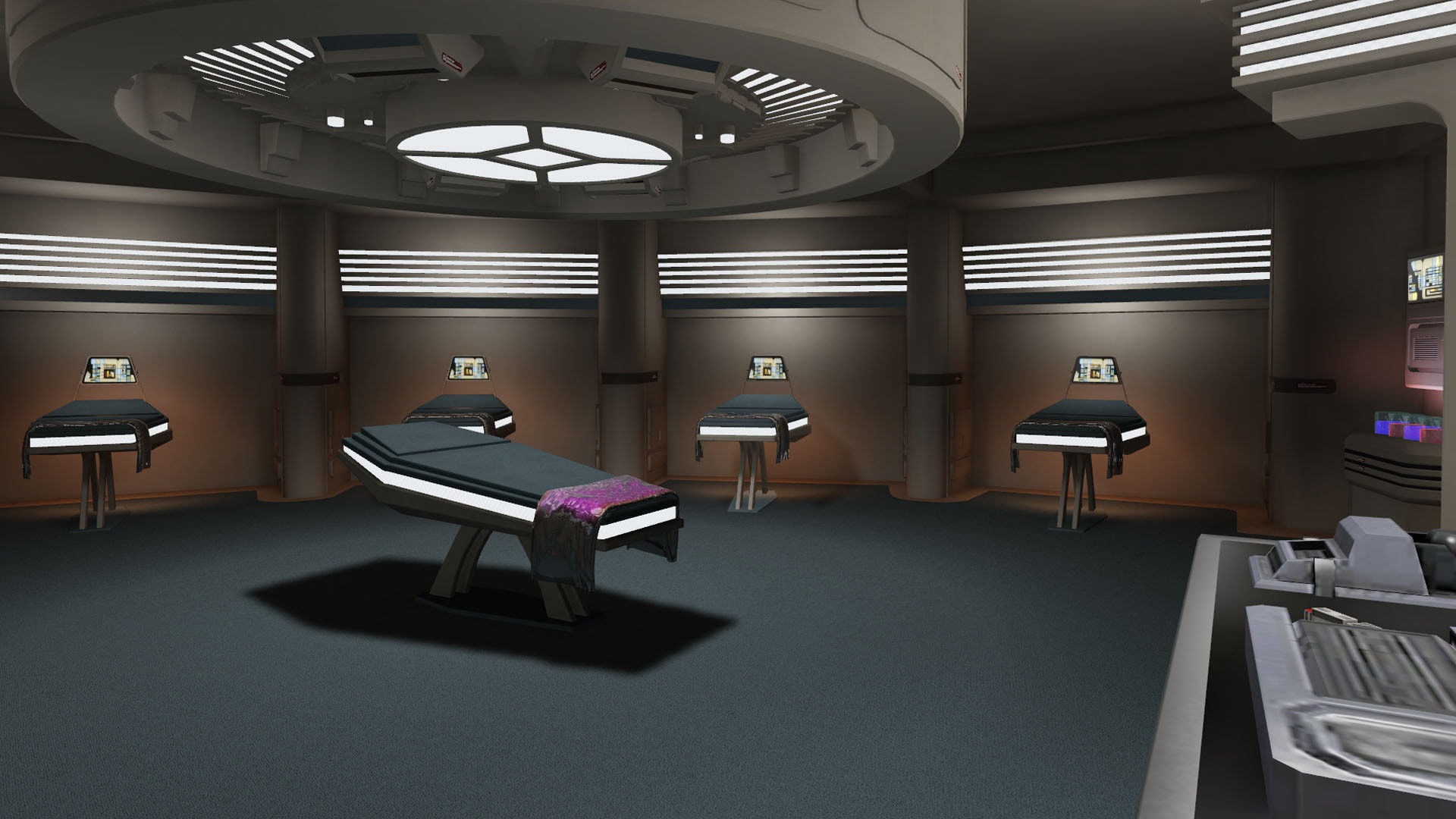 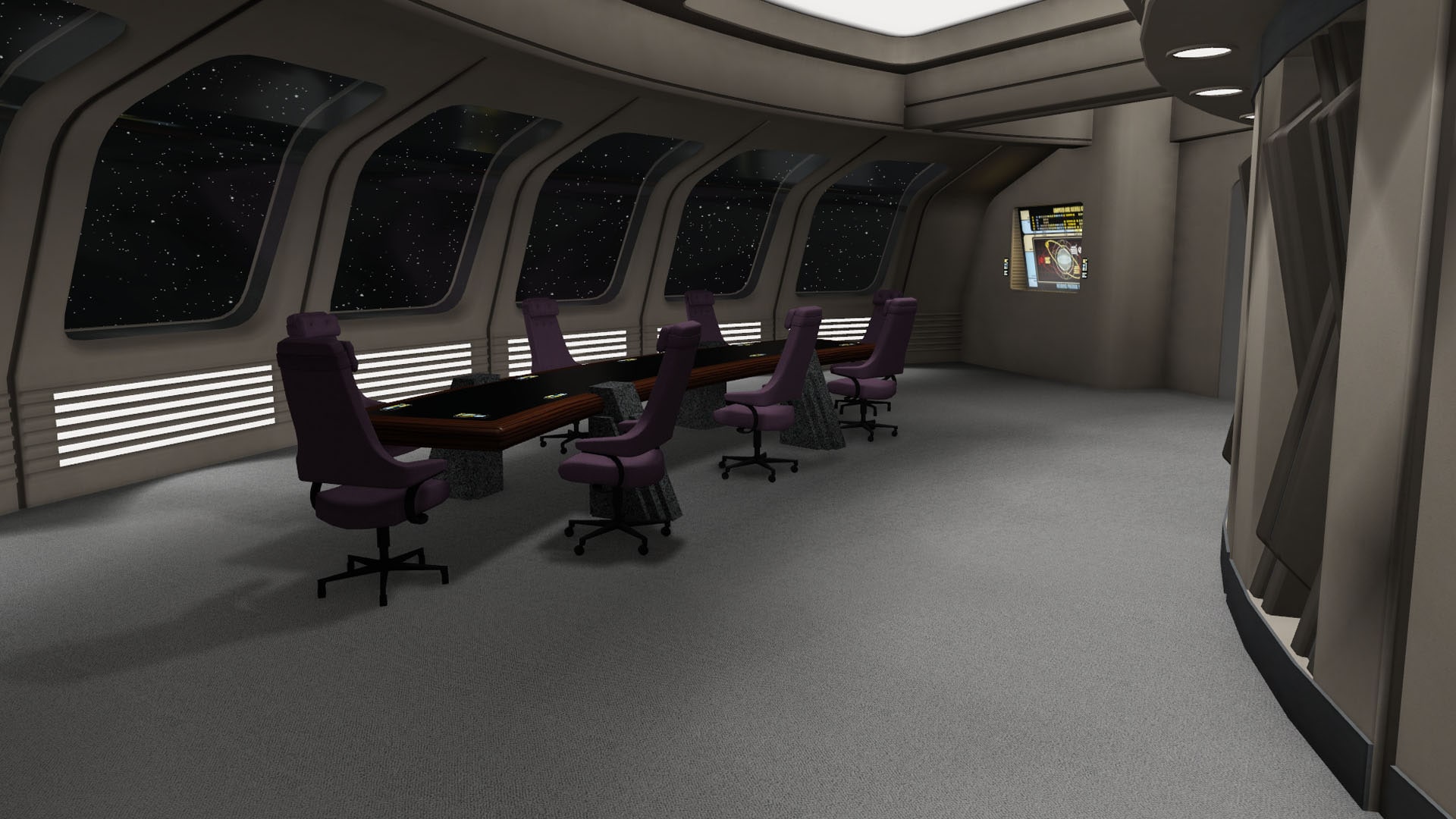