New Featured Episode: "Beyond the Nexus" 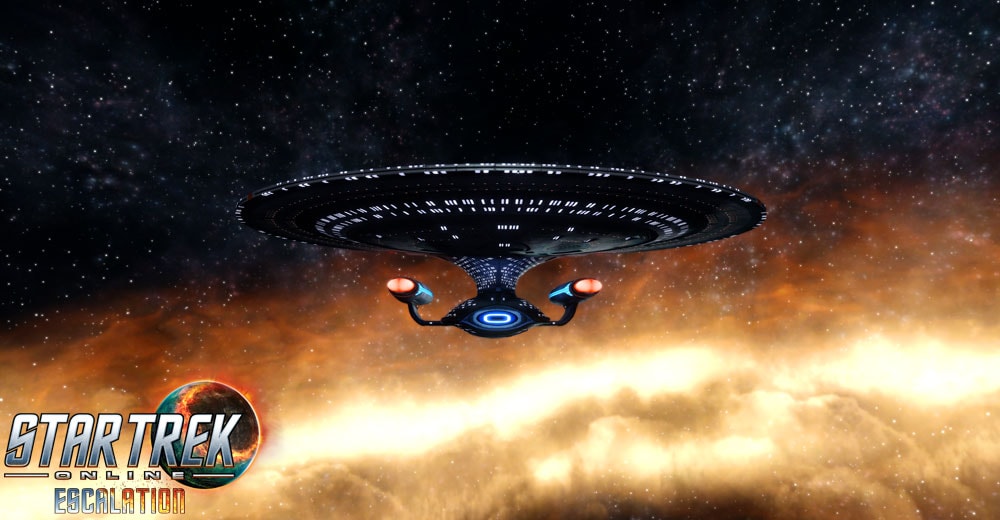 Logically, there was no need to hurry. That was what Ensign N’vall told herself, as she found herself speed walking down the halls of Earth Spacedock. The difference between delivering this message at 1000 hours and 1002 was not a great one. Still, the message was for the Captain’s eyes only. She hadn’t been given responsibility like this before. It may reflect badly should she arrive too late. Logic dictated, therefore, that she quicken her step.

She knew where to find him without needing to check. If there was one habit the Captain of the U.S.S. Challenger had, it was where he spent his time on their supposed shore leave. Within a few minutes, she found herself passing through the door to the Shipyards.

The control room was bustling with people, hurrying to and fro, carrying PADDs and parts. N’vall rushed past them, barely glancing up at the huge ship on the other side of the glass, towards the man standing in the center of it all, laughing as he spoke with a friend.

“I’m just saying, I could make a few suggestions-“ Captain La Forge had always been far from the stern image of a Starfleet Captain that N’vall had in her mind. He was quick with a laugh, and always seemed to have time for his crew.

“Captain, please,” the man he was talking to – N’vall had seen him before. O’Brien, she thought? He would be Chief Engineer of the U.S.S. Enterprise-F, the Odyssey-class starship that was currently dominating everyone’s view in the control room. “We’re almost done. Don’t give my crew another month of work.”

Captain La Forge laughed again, throwing his hands up in the air in surrender. “She’s an Enterprise. I just like to keep an eye on her.”

O’Brien smiled, “Believe me, we have it under control. Like I said, she’s almost done.”

N’vall had no idea when the right time to interrupt a conversation like this would be, but logically, standing here would accomplish nothing. She politely cleared her throat. When the Captain turned, she handed him the PADD.

“Thank you, Ensign,” La Forge said. He flipped on the PADD, and frowned almost immediately.

“Anything I should be concerned about?” O’Brien asked.

Geordi flipped through the rest of the orders. “It’s a mission for the Challenger. Did your dad ever tell you about the Nexus?”

“I think he was off the Enterprise-D by that time, but I heard about it in the Academy.”

Geordi nodded, still staring at his PADD, “Well, it’s kicking up trouble again.” He looked up at the Enterprise, and N’vall thought she almost detected a note of longing in that look. “You don’t think she’d be ready to accompany the Challenger out right away, would she?”

“No, probably not, sir.” O’Brien shrugged apologetically. “But – hang on, if you don’t want to go out there alone, there’s someone the Captain liked working with. I can put you in contact with them.”

In “Beyond the Nexus,” Captains will get the opportunity to team up with Captain Geordi La Forge from Star Trek: The Next Generation, as portrayed by LeVar Burton. You’ll investigate the disappearance of the starship Forrestal, which went missing when it went out to investigate the reappearance of the Nexus from Star Trek: Generations – and a ship long thought lost within it. What mysteries will you uncover?

This new episode will be available for Captains levels 10 and up (Romulan Captains must have chosen a faction) for a limited time very soon, before being available in the Mission Journal.