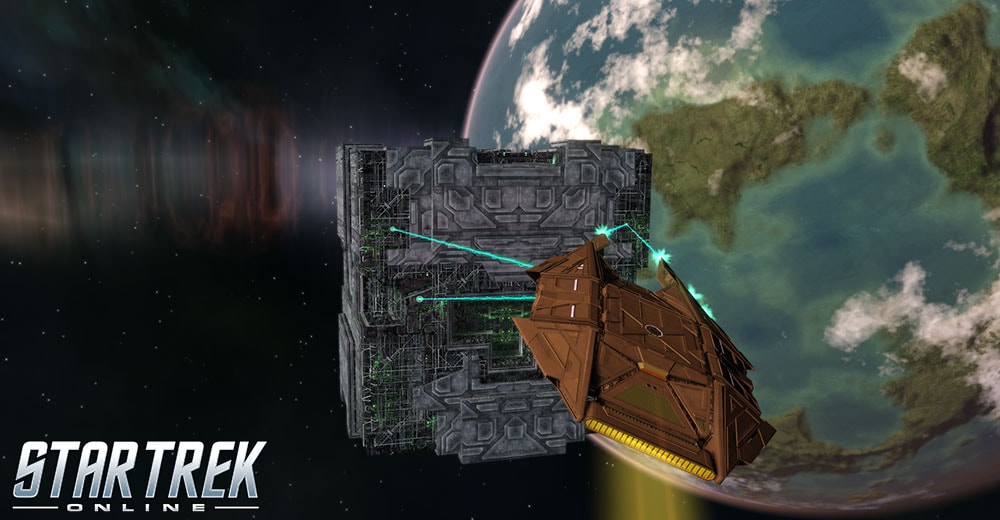 The joint Kentari-Lukari colony in the Dranuur system is under attack, as an enemy fleet moves to assault the planet before its orbital defenses can be completed.

The Alliance has called upon ships within the sector to warp to the colony and render assistance in the face of this aggression. That’s where you come in.

The colonial team, under the guidance of Captains La Forge and Kuumaarke, has begun work on planetary defenses – specifically, a network of defense satellites and shield generators. Along with your ships, they’re all that stand between the invaders and the colony on Dranuur.

Keep the planetary defenses intact while the ground crews work to replicate important tactical systems they require. Once those are ready, you’ll be able to fully activate the defense satellites to aid you in the defense. Captain La Forge has a reputation as a miracle worker, so you can expect more support and defense upgrades as the battle advances!

Hold the line at Dranuur, captains. This colony is important, and we can’t afford to let it fall to hostile forces.

Dranuur Gauntlet is a new, five-player, cross-faction queue. This queue is designed for level 60 players, with normal, advanced, and elite versions.

We look forward to seeing you in-game for the launch of Dranuur Gauntlet!