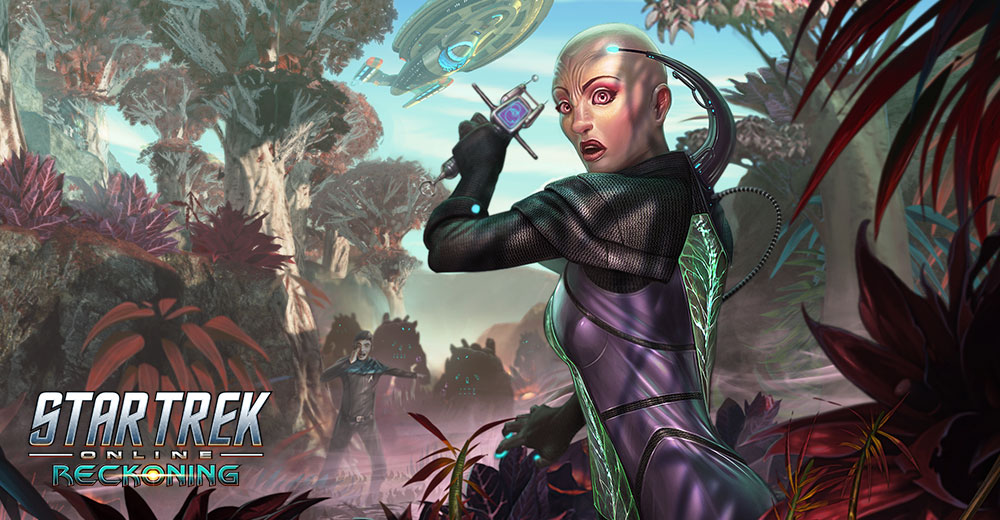 Console Captains, we are happy to announce the date that you will all be able to play Star Trek Online’s Twelfth Season: Reckoning. Launching on Xbox One and PlayStation®4 April 18, the new update sends players on a mission with the Lukari to investigate an ominous new threat, the dreaded Tzenkethi. The latest update to consoles grants captains access to content that was recently introduced on PC, including a new featured episode, crafting school, two Tzenkethi space queues and a full space battlezone.

Season 12 – Reckoning centers around the new featured episode, “Of Signs and Portents.” Captains will join the Lukari on a mission to investigate weaponized use of protomatter in a new region of the Alpha Quadrant. Further evidence leads them to the Tzenkethi, a highly intelligent, militant species who plan on using the deadly substance to build a bomb capable of wiping out entire planets. Teaming up with legendary Klingon General Rodek (voiced by actor Tony Todd), the Alliance must find a way to stop the Tzenkethi from enacting a potentially cataclysmic attack. Season 12 also unlocks expansive new content for players to discover, including the Lukari Restoration Reputation, the new Kits and Modules Research School, a full space battlezone and two new space queues, “Gravity Kills” and “The Tzenkethi Front.”

Get ready, Captains, because in less than a month you’ll have to test your mettle against the power of the Tzenkethi. Will you be ready?