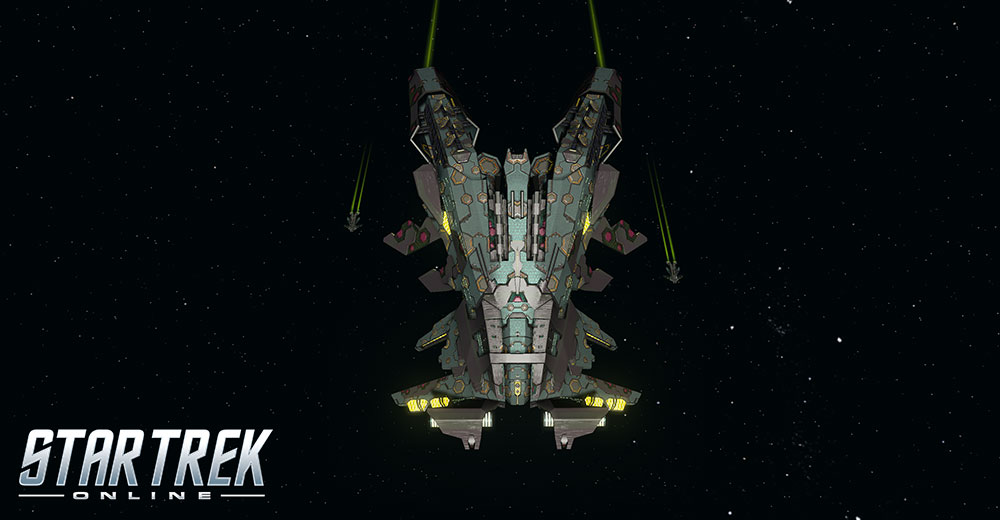 We’re very excited to announce the stats for the Tier 6 Elachi S’ateth Escort and Elachi Ornash Battlecruiser! These new Tier 6 ships will be available for Star Trek Online on Xbox One and PlayStation 4 through the Elachi lockbox on December 22nd, at 9am PT. Below are the stats for these 2 awesome new ships.

The Tier 6 S’ateth-class escort is a tenacious, dangerous part of the Elachi fleet. In addition to an array of standard Elachi weaponry, it is equipped with the formidable Elachi Crescent Wave Cannon. This weapon can convert shield power into a potent disruptor blast that can hit multiple targets.

While this item is called a "cannon", it is functionally a console, and cannot be slotted into weapon slots.

While this trait is slotted, activating Beam: Overload or any Pilot ability generates a Crescent Wave Counter for 2 minutes. After obtaining 3 counters you will fire a devastating Crescent Wave blast at your target, dealing extreme disruptor damage and reducing their damage resistance.

A tough and versatile design, the Tier 6 Ornash-class battlecruiser is a capable and deadly opponent – alone or as part of a unified force. It can swiftly deploy an array of support craft through the use of an Enhanced Elachi Subspace Transceiver, adding instant backup to the battle.

This console also passively provides a bonus to Maximum Hull HP and All Damage Resistance Rating.

While this trait is slotted, activating Boarding Party or any Command Ability will cause your starship to summon an Elachi Support Craft to aid you in battle for 30 seconds. You may have up to 3 Support Craft supporting you at a time.