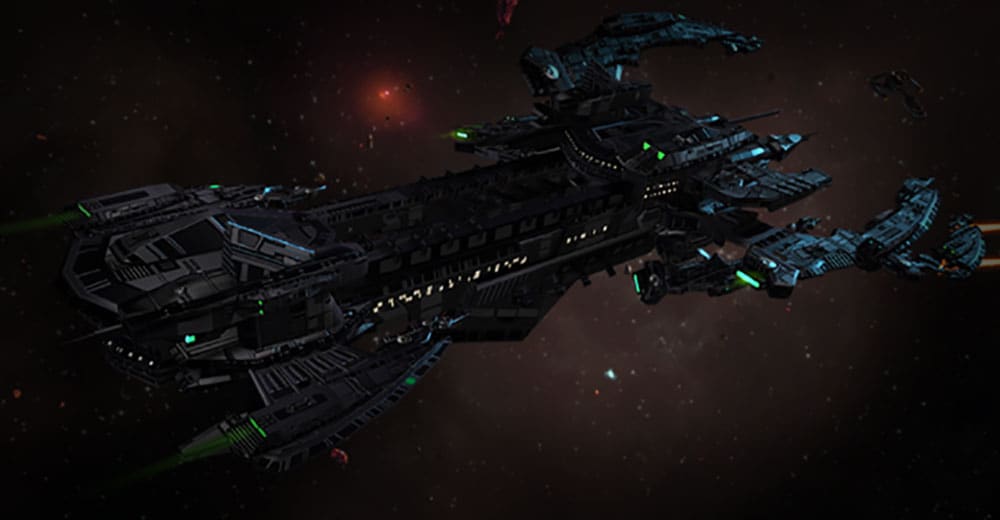 The 2016 Winter Event will offer a brand new starship requisition project available in the Event Reputation: the Breen Rezreth Dreadnought Cruiser. Obtaining this vessel will require the acquisition of 1000x Winter Prize Vouchers (2016), which can be earned daily by completing the “Fastest Game on Ice” mission at Q’s Winter Wonderland.

Once this Starship is obtained by any character on your account, any characters on this account can claim the Breen Rezreth Dreadnought Cruiser from the Account Claim tab within the Event Store (in the Event Reputation window).

The Breen Rezreth Dreadnought Cruiser comes equipped with the Energy Discharge Capacitors universal console. When activated, the Power Discharge Capacitors will immediately siphon power from nearby enemy starships. Each nearby foe will also grant you 1 stack of Energy Charge for each second they are within 5km of you. After 2 seconds, you will fire a devastating electrical attack at your selected target each second for 8 seconds. The damage of this attack scales with the number of stacks of Energy Charge you have.

This console provides a passive bonus to all Power levels and Maximum Hull Hit Points.

This Console Mod can be equipped on any Breen starship in any console slot. You may only equip one of these mods.

Upon reaching level 5 in the Breen Rezreth Dreadnought Cruiser’s starship mastery, you will unlock the Enhanced Power Condensers Starship Trait. While this trait is slotted, using Power Siphon or Tachyon Beam will provide you with a boost to maximum power levels and provide a boost to maximum shield hit points for a short time.