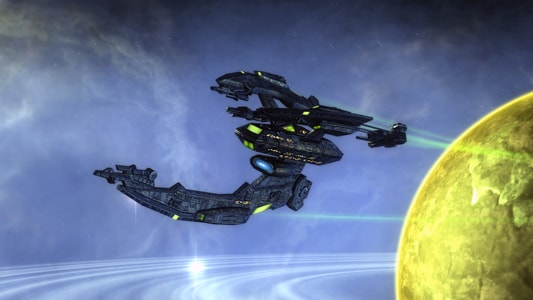 Details on how you can earn this ship for FREE can be found here.

The Breen Plesh Brek Heavy Raider is a fearsome and maneuverable craft that was most commonly seen during the Breen invasion of Defera space. It is sturdier and faster than similar ships within the Raider class of starships. However, unlike Klingon Raiders, it does not have the ability to Cloak. The Breen Plesh Brek comes equipped with a Breen Sensor Disruption Field console. The Breen Sensor Disruptor Field is a devastating tool utilized by the Plesh Brek Heavy Raider to allow it to disrupt nearby enemies' targeting sensors, preventing them from returning fire on the Raider. Affected enemies are also more susceptible to enemy fire.

This console placates nearby foes and causes them to take more damage enemy attacks by reducing their damage resistance. This console can be equipped on either the Breen Plesh Brek Heavy Raider or the Breen Chell Grett Warship, and may be equipped in any console slot.

The Breen Sensor Disruption Field's 3 minute recharge time is reduced to 1 minute 30 seconds recharge if equipped on the Plesh Brek.

Equipping both the Sensor Disruption Field universal console and the Breen Energy Dissipator that is found on the Breen Chell Grett Warship will grant the captain a large skill bonus to Starship Flow Capacitors and Starship Countermeasure Systems. This will enhance the energy draining effect of the Energy Dissipator and increase the amount of damage targets can take before the fragile placate effect from the Sensor Disruption Field console breaks. 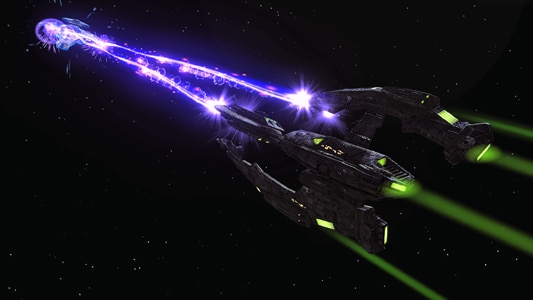 Consistently attacking an enemy's rear arc (where their aft shield facing is) can require some clever positioning, practice and planning. Flanking requires that you strike the rear arc of the target ship and will provide a 33% damage bonus. It should be noted that this damage bonus is significantly reduced against players and it doesn't apply to mines and summon powers like the Scorpion Fighter device, Gravity Well or Tyken's Rift. It does apply to all energy weapons, all torpedoes (that don't spawn mines) and damage powers like Tractor Beam and Photonic Shockwave. 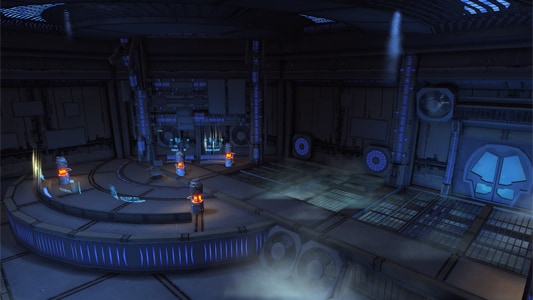 The Breen Plesh Brek Heavy Raider is equipped with the unique Breen Bridge. While visiting your bridge, you will also be able to access your Account Shared Bank, move into a Small Craft, and contact different ship departments for Duty Officer Assignments. This bridge has also been added as a choice for the Breen Chel Grett Warship, in addition to the current factional bridges it has access to.

NOTE: The above stats and systems are subject to change. The box that the ship comes in, which cannot be opened until the minimum rank listed above, is bound to character upon pickup.

We hope you enjoy the Plesh Brek and look forward to seeing you flying one in-game!