What's the story behind how your guild was founded?
It was formed long long ago by a group of friends who bounced between a few guilds before we finally decided we wanted to go out and form something of our own. Something we could watch and help grow together. I was one of 5 original signatures on our guild charter and could not be more proud of how far we've come!

How did your guild choose its name?
We chose our name because, well frankly, I'm a huge fan of Cee-Lo Green, so were 2 of the other founders, and I was overruled on Gnarls Barkley so we went with OutKast.

What's the message you want conveyed about your guild?
The one thing I'd want to say message wise, is how proud we are of how much of a community we are. More than gaming together we try to be a family. When one of our officers lost their Xbox we even formed a community pot to buy them one so we could keep playing with them. We try to learn as much as we can about each member, and keep them involved We've seen a lot of members come and go, but we're always happy to welcome a new person into the fold.

If your guild had a superpower, what would it be?
A superpower? Well that's a tough one. There's so many good ones. But it would probably be to 1 shot Dragons, including Tiamat heads. Especially Tiamat heads, it would help everyone, not just our guild! Any favorite hang-out spots?
We have a few in game hang out spots, but our favorite is probably the Platform you fight Lostmauth on, I'd venture most of the guild spends a sizeable portion of time standing over his corpse. If not there then you can find us in one of the bedrooms in The Moonstone Mask doing a prayer cycle.

If your guild was surrounded by a horde of zombies from the Dread Ring, what would you do?
Dread Ring is easy, stack 3 levels of Lantern of Revelation, pop Knights Valor and Into The Fray, Tyrannical Threat, and Oppressive force them into oblivion. Then the GWFs swoop in to clean up the rest.

What's one of the best guild events you've done?
The best guild event was by far the first time we did 4 Dragons. A lot of us had played the game since day 1, and played together for the majority of that time. So it was nice to come together, and at that time, achieve the pinnacle of accomplishment in the game. There was a lot of screaming and cheering to be sure.

What do you like most about The Maze Engine?
We’re most excited for Castle Never. It's an old school dungeon that a lot of us loved, and it truly feels epic in a way that reminds us of Pen and Paper Dungeons and Dragons. Friends exploring and trying to make it past traps and mobs of zombies determined to put an end to us before we get to the pile of loot at the end.

If your guild was an animal, what would it be?
According to one of the other leaders we'd be a polar bear cub if we were an animal. It's adorable, heals everyone, (He's a cleric) and can be deadly when it needs to be! 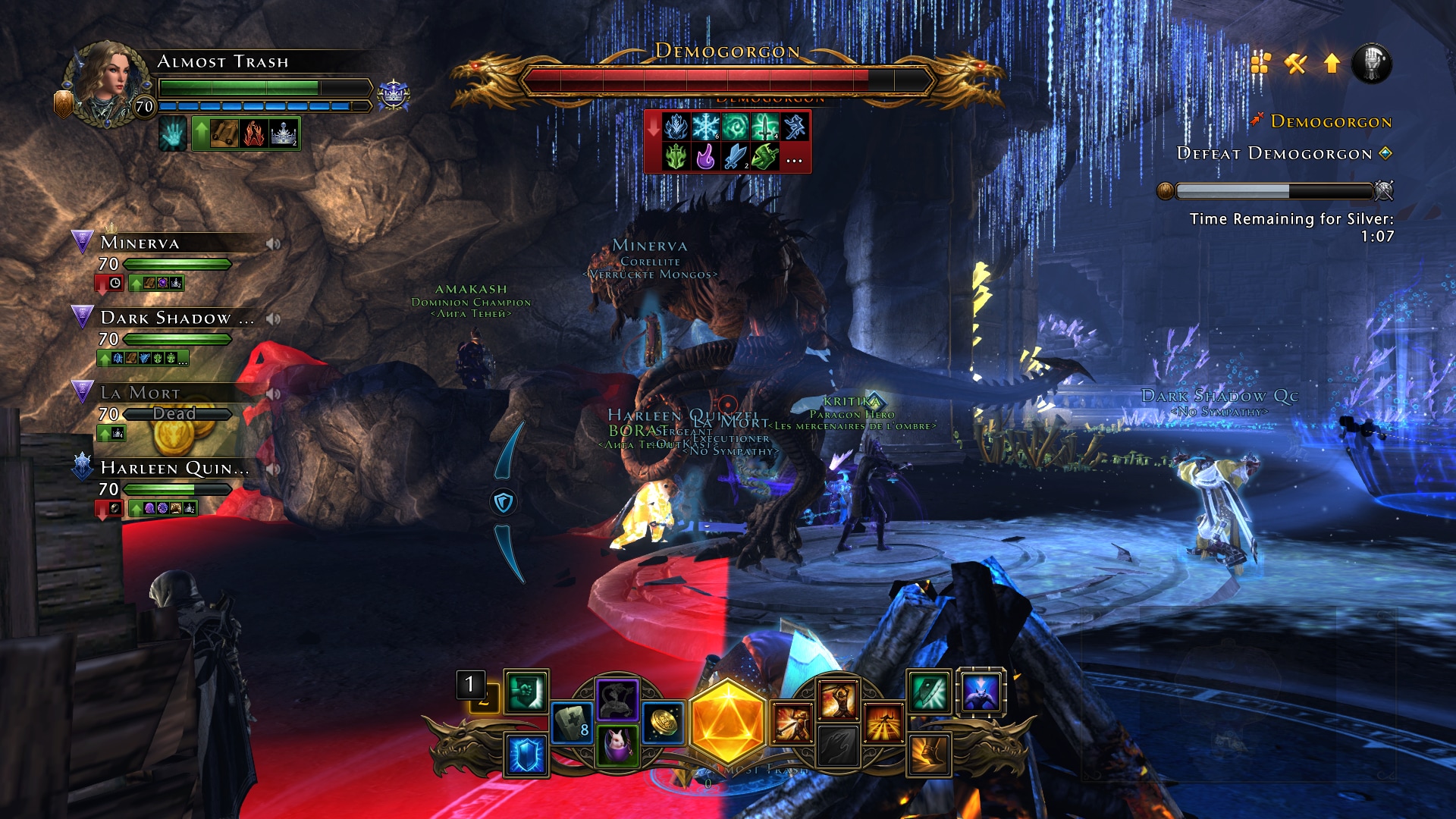 Who can players contact if they want either more information or want to join the guild?
If anyone is curious about information concerning the guild they can contact any of the following Gamertags: Blacky9977 (Me) Tuddyy (The aforementioned Cleric) Hoeseidon, or DarbyTundra and we'll be happy to provide whatever information we can.

Any final comments?
Additionally, I want to thank the Arc team, and particularly the Community team for making a concerted effort to improve communication with the players. Your job isn't easy and you deserve every bit of appreciation and more. Thanks for your continued effort to make the game we all love great and enjoyable!