The Cult of the Dragon has amassed their forces once more to lay siege to the city of Neverwinter! Adventurers must once again rally behind the valiant General Sabine in order to push back the cult and their draconic allies! It looks like they might be planning something, something big.

Siege of Neverwinter Begins: 10AM PST on June 4th

Siege of Neverwinter Ends: 10AM PST on June 11th

The Cult was lucky enough to exploit a crack in Neverwinter’s defenses and now they are attacking with everything they’ve got! Fortunately, the craftsman of Neverwinter have banded together in order to help rebuild the city’s barricades. Protect the workers to ensure their work gets finished and the Cult’s forces are pushed back!

Sometimes the best defense is a good offense. Charge into battle against the Cult of the Dragon and decimate their forces!

The Cult of the Dragon believes that they have a few scaley aces up their purple sleeves: dragons. Unfortunately for them, the city of Neverwinter has you. Clash with the dragons outside the city walls and forge your legacy in blood and fire!

Writ of Commendations – A daily currency for the event earned by completing daily quests.

Medal of Heroism – An additional currency earned by participating in Heroic Encounters, turning in Defenders supplies or via the Zen Market.

Neverwintan Defender’s Pack – Medals of Heroism can be turned in for the Defender’s Pack, which includes 1 Writ of Commendation, 4 Dye Packs from Siege of Neverwinter and a chance at rare items such as the Battlefield Medic Companion and Black Horse mount.

For valiantly defending the city of Neverwinter, adventurers can receive these rewards:

Dragon Hoard Coins: A currency used in the Tyranny of Dragons campaign. This can be used in fulfilling campaign tasks and contributing to the Tiamat Hoard reclamation effort.

Dragon Hoard Coffers: Another currency used in the Tyranny of Dragons campaign. This can also be used in fulfilling campaign tasks and contributing to the Tiamat Hoard reclamation effort. 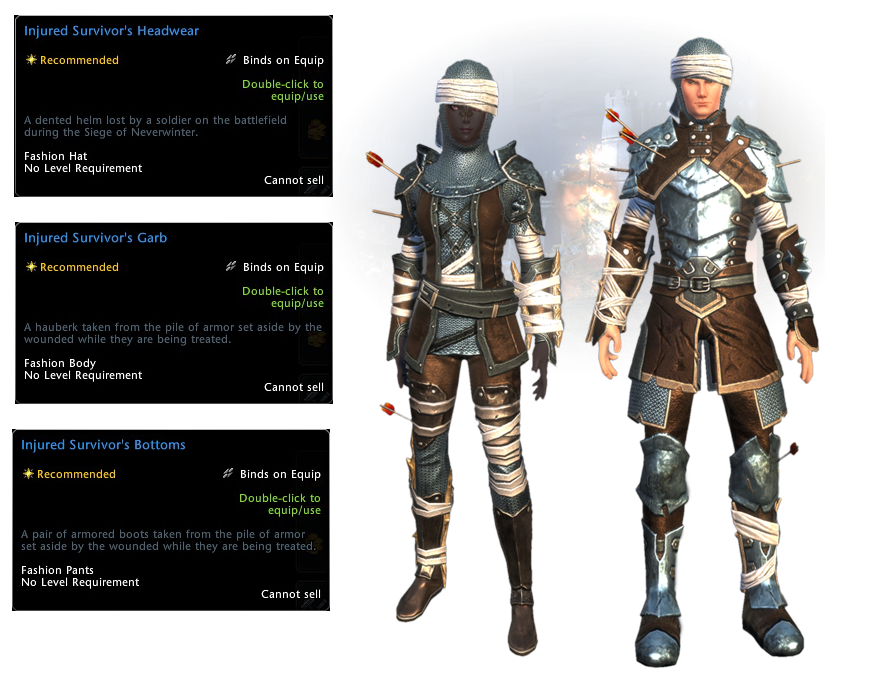