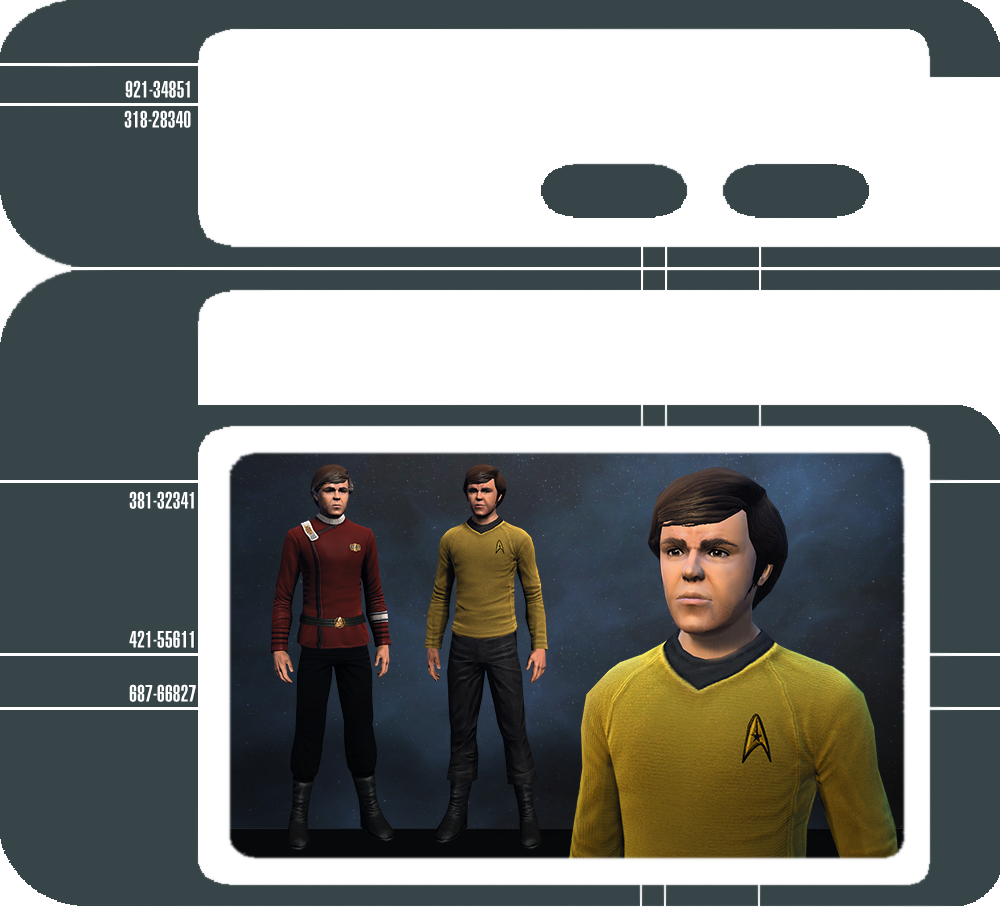 Star Trek Online is proud to announce the arrival of Walter Koenig in the game! He’ll be taking Pavel Chekov into a new frontier, joining forces with Captains as they strive to keep the galactic timeline safe and secure.

Things have changed in our timeline for Chekov since the incident onboard the Enterprise-B and the loss of Captain Kirk. He’s been promoted to Captain, and has joined the ranks of the temporal agents, where he’ll play a key role in several missions.

As someone who grew up in the ‘80s watching TOS weekday afternoons on syndicated TV; I always found Chekov to be young, inquisitive, and humorous. He reminded me of Davy Jones from The Monkees, another show I watched then. Years later, I learned that a resemblance to Jones played a big role in the casting of Walter Koenig as Chekov!

Indeed, Gene Roddenberry wanted the character of Chekov to appeal to the younger members of their audience – and he certainly did. His hairstyle and look was definitely akin to what you would see amongst young people during the late sixties. But his appeal went beyond good looks. Chekov became a staple of the show – he was an amiable young man from Russia whose good intentions sometimes landed him in some trouble.

Chekov’s youthful appearance and full hair were challenging because finding a “resting face” was difficult. We poured over references from the various appearences he had made in TOS, as well as the movies of the Wrath of Khan era (TWOK). In the TOS series, we often found him smiling or joking around. In the TWOK movies, he had more of a serious tone (especially when under the control of Khan himself).   We didn’t want to make him too happy nor too intense. We settled on a resting face of slight concern and readiness. This would help convey the attitude we wanted him to show while interacting in our game.

One of the things we knew going in was that we would see Chekov as a young ensign as well as an older captain. To this end, we made sure to create his face in stages – so that adding slight age lines was easier. In games, much like film – adding age to a character can be a tricky situation. We didn’t want to make an entirely new head, but add to the existing younger face we had already made. Furthermore, we kept the age-specific features to a minimum because it’s often very easy to go overboard with them – resulting in a less-than-ideal look for the character. We certainly want our characters as great-looking as they were on the show!

Chekov remains one of our most prominent icons in the TOS experience. We had a lot of fun making him!  Known for his analytical skill as well as his iconic charm; we hope players will appreciate his addition to the vast and amazing universe of Star Trek Online.