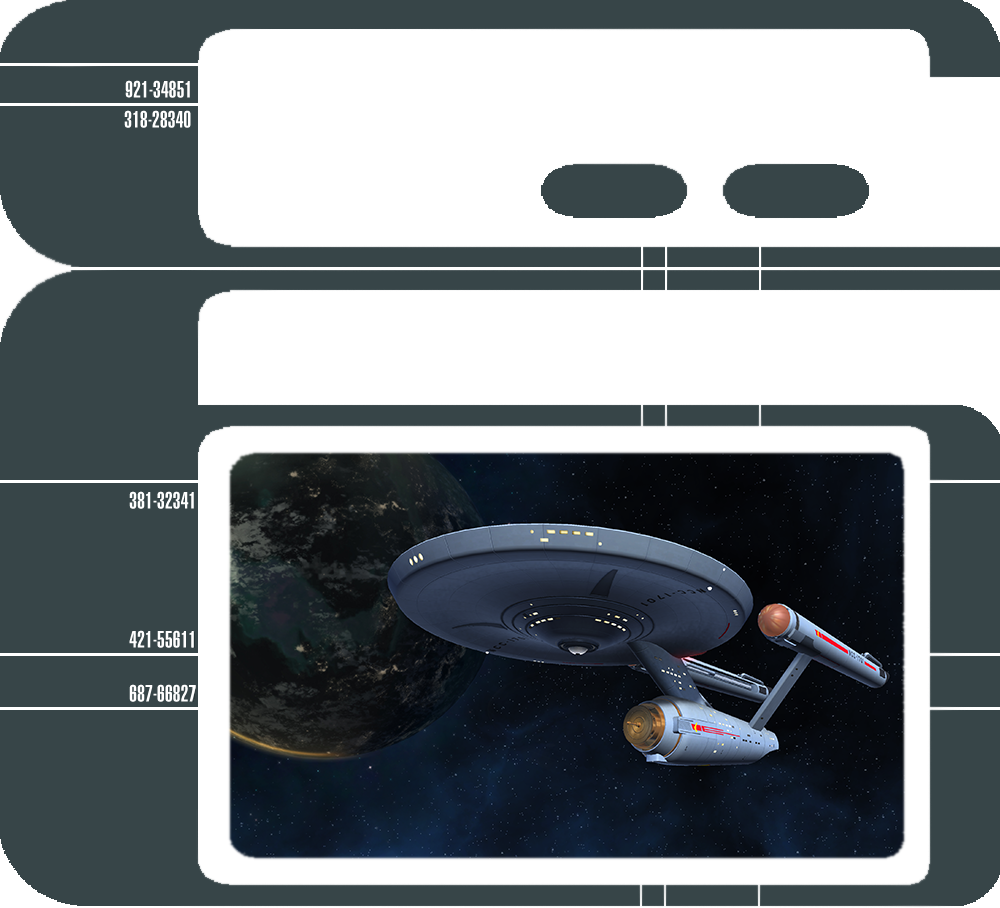 Welcome back to where it all began! In honor of the 50th anniversary of Star Trek, I’m proud to announce the third full expansion to Star Trek Online - Agents of Yesterday. Players can create brand new captains in the Original Series era and begin their own journey in command of their very own 2270 era starship. Throughout this expansion players will visit familiar places, see familiar faces, and show the quadrant what a rough and tumble captain from the greatest generation of Starfleet can do. Any captain knows that they need to be fully prepared for anything they come across, and to that end I’m excited to announce the Temporal Special Agent Pack and the Temporal Agent Starter Pack! These packs will ensure that any TOS era captain has the tools, personnel, and the starships to give you the edge you’ll need against the unknown.

Captains that choose the Temporal Special Agent Pack will be able to command five (5) TOS era starships that can be used while leveling your captain from ensign to admiral, as well as six (6) brand new T6 ships they can be used once they’re an admiral and beyond. The five (5) TOS era ships will give captains an extra boost of capability while leveling, and the remaining six (6) feature not only exciting stats but the new Temporal Bridge Officer seat. These are the only ships that have access to the brand new temporally themed bridge officer powers at a Commander level, and they will also come standard with the new temporal gameplay mechanic that will add depth to gameplay and reward situational awareness. The combination of these bridge officer powers and the temporal ship mechanic provide a level of versatility in combat that any captain strives for while in command.

In addition to these amazing new ships, we’ll be including six (6) TOS era themed outfits, three (3) unique captain titles, and three (3) high-end upgrade kits. Captains will also have six (6) Temporal Operative Specialization Qualifications made available to them to ensure their experience, and crew, are as primed as possible.