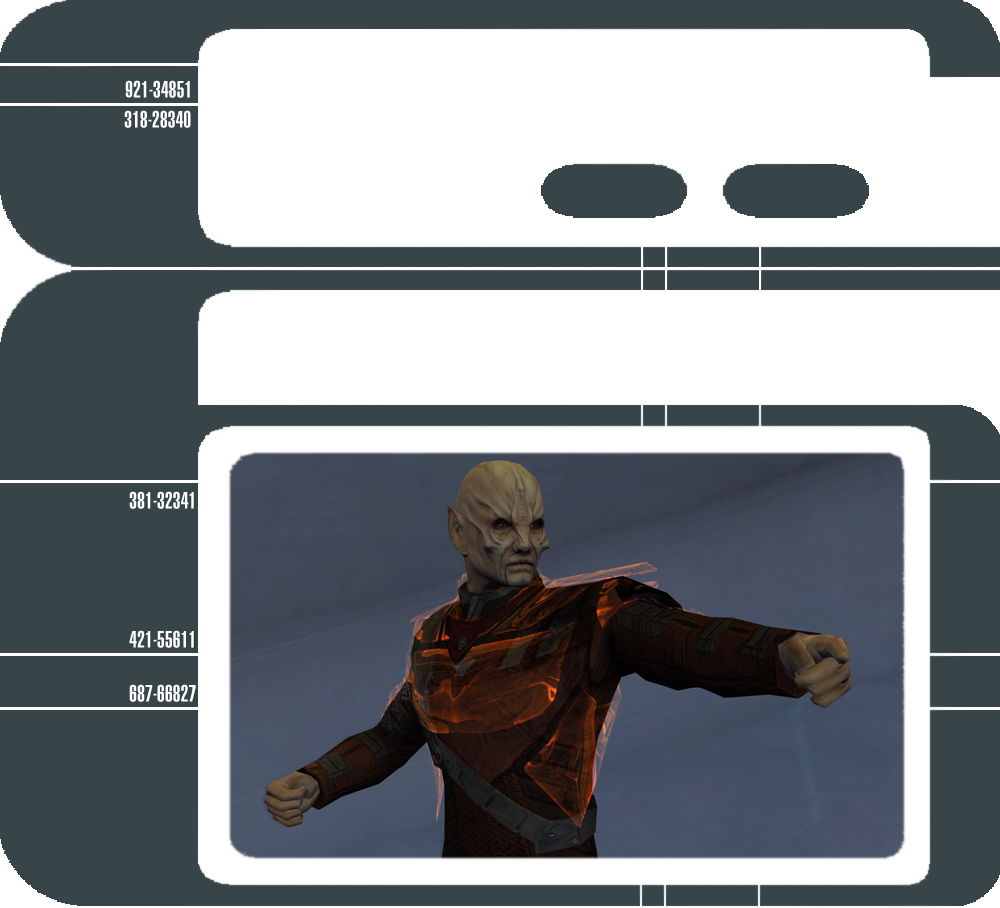 “You represent the best of our most elite forces. I have hand-selected you from our entire military, for a mission that could mean the salvation of our people.

But it is a mission from which there can be no return.

Therefore, I am asking for volunteers.”

“No, I want you to go home and speak to your families. I want you to both remember what you are fighting for, and to see if you can bear to leave them forever.  And if you decide to join this glorious mission, say your goodbyes and return here at dawn. Dismissed.”

Braag walked home, his footsteps heavy with trepidation. His parents did not approve of his joining the military, and would be devastated to hear they would likely never see him again.

As he entered his family home, he smelled verdrat roasting. A small rodent-like creature, verdrat was a particular favorite of Braag’s.  His mother had made an effort to make all of his favorite foods while he was on leave.

He heard his mother’s voice from the kitchen as he entered the house, “Braag? Is that you? Wash your hands, dinner is almost ready.”

Braag dutifully washed his hands and sat down at the table.  His father was already sitting, reading a data PADD.

“I’ve been hearing some wild rumors about plans that the military is making. You wouldn’t know anything about that, would you?”

His mother came bustling in with a roasted verdrat, shiny and almost dripping with juices. She set it on the table with a flourish.

“Not exactly? Whatever could you mean?”

Braag sighed, “They have asked me to join a mission. But they say it’s a one-way trip.”

The room was so silent Braag thought he could hear the skin of the verdrat sizzling.

His father finally recovered, “I forbid it.”

“Hulth, Braag is a grown Na’kuhl. You can’t forbid it. But we can talk about it, right, Braag?”

“Yes, they asked me to discuss it with you, actually,” Braag said.

“This is more of Vosk’s insanity. Well, I won’t stand for it! He lays all our woes at the feet of the Federation, but that was more than 400 years ago! And the Tholians were the ones who used the Tox Uthat, not the Federation.”

“That may be, father. But if it wasn’t for the Federation, there would be no Tox Uthat and the Tholians would not have been able to extinguish our star.” His father rolled his eyes and grunted in response.

“And even leaving that aside, what assistance have they provided us? None.  They watched us become refugees, scattered amongst the stars. They let the Ferengi prey on us. They graciously allowed us to be subjugated by the Klingons and the Cardassians. They let us become the dregs of the galaxy!”

“They also tried, time and time again, to offer assistance and make amends. We have always refused.”

“Because their assistance always comes with strings! We have seen how they slowly subvert their enemies with their `assistance’. Look at how they swallowed up the Klingon Empire and the Romulan Republic!  They’re little more than vassal states now to their Federation kings!”

“And would that be such a terrible thing? At least we would have peace and prosperity!”

“But at what cost? We would be forever a forgotten and neglected species in their great human hegemony. Peace is not the way of the Na’kuhl.”

“We were a peaceful people, once.”

“Until the Federation changed all that.”

“Enough, father. We have covered this ground again and again,” Braag looked at the verdrat, “I’ve lost my appetite. I’m going to my room to pack.”

Braag got up and left the table.

Braag’s mother watched her son leave in silence, and then came around the table to put her arm around her husband. He looked as if he had aged a hundred years in a single moment.

“What did we do wrong, Daltha? Didn’t we raise him to think for himself? But he just parrots Vosk’s rhetoric.”

“It wasn’t our fault, Hulth. We have centuries of propaganda against the Federation building to this point. You remember how it was when he was growing up. If he didn’t join the Youth Brigade, he would have been an outsider.”

“I always thought he would grow out of it. That one day, he would snap out of it and realize that he had a choice.”

“So did I. And now our only son is leaving on a mission from which he will likely never return. Do you wish to part in anger?”

Hulth looked up at his wife’s face, “No, of course you are right, Daltha. I don’t know what I would do without you.”

The couple walked to their son’s room. The door was open. Braag held a holopicture in his hands, but stared blankly out the window, lost in thought.

“Son, I’m sorry we quarreled. It’s just so hard to lose your only son.”

Braag wiped his eyes surreptitiously and turned around.

“Although we don’t agree with your decision, we love you and for what it’s worth, you have our blessing.”

“Thank you, father. That means a lot to me.”

“Good. Now that’s settled, the verdrat is getting cold.”

The little family returned to the table, and sat down for their last meal together.

They spoke no more of the mission or of politics that night, choosing instead to reminisce about funny memories and enjoy one last night as a family.  Although verdrat was a family favorite, and Daltha was an exceptional cook, it tasted like ash in their mouths.