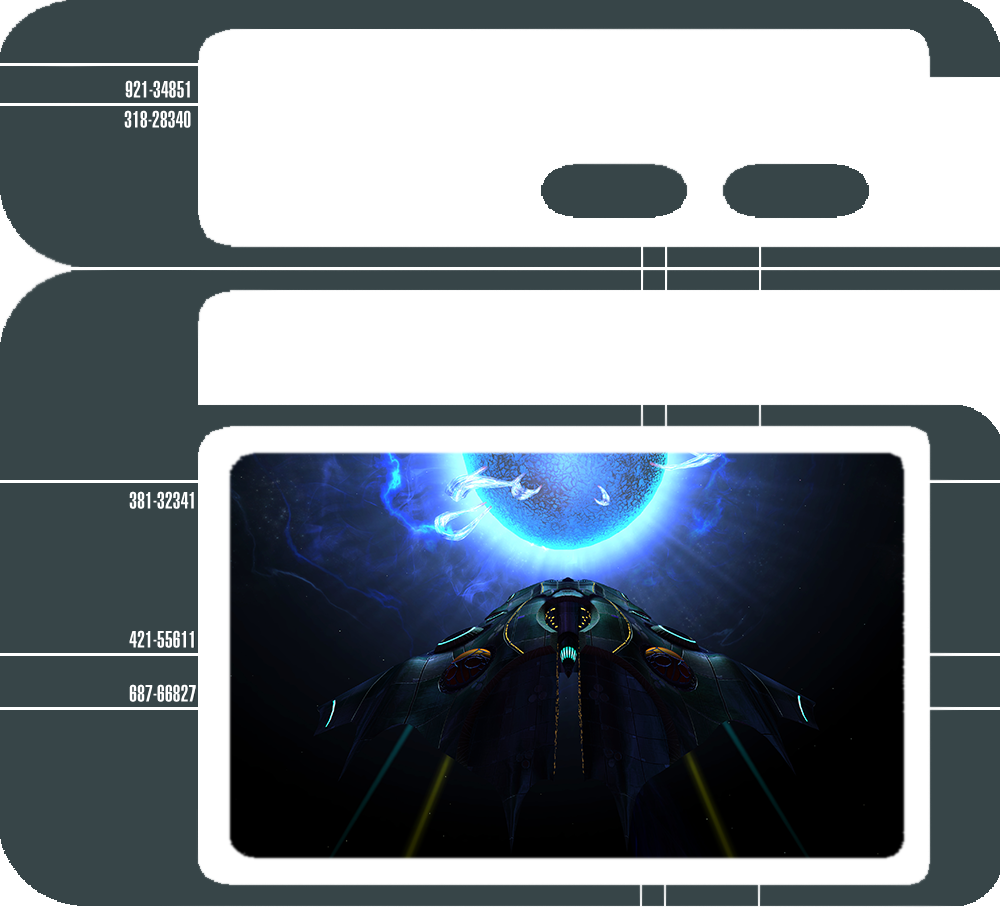 The Tholians and the Mirror Universe have long been inextricably tied together, with the phenomena of interphase and dimensional travel being hallmarks of Tholian ingenuity and influence. The ambitious incursions of Terran Empire forces have brought allied forces into contact with the technology from the other side of the looking glass, including some of the advanced technology that the Mirror Universe has acquired from its own future counterparts. The Tholians have been present at nearly every incident of temporal shifting or dimensional instability, with rifts to the Mirror Universe never far behind. Examples of both forms of enemy technology have already come under research, with an eye toward learning how to use Tholian ships to safely traverse interphases, and learning from the advances in Mirror Universe technologies. Many of these advances are now in field testing, with the hope of providing parity against enemy forces. 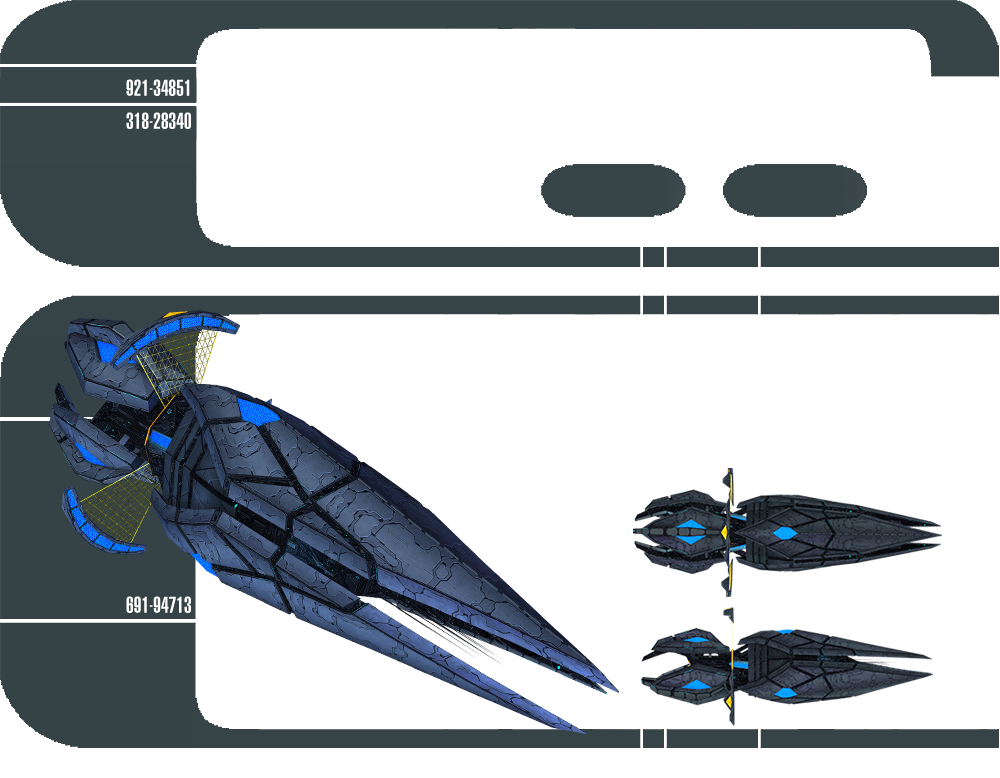 The Tarantula is the largest and most formidable starship in the Tholian fleet. It is both durable and relatively agile for a ship of its class. The Tarantula was built with versatility in mind; it is quite capable of performing nearly any role handily.

The Tholian Tarantula Dreadnought Cruiser comes equipped with a Tholian Web Cannon universal console. While this console is equipped, you can fire a devastating Web Cannon that will deal significant shield penetrating physical damage to a number of foes within a 90 degree arc in front of your starship. Affected enemies will be held briefly and suffer heavy physical damage over time.

This console also provides a passive boost to Hull Hit Points and Resistance to all damage.

This Console Mod can be equipped in any console slot. It may be equipped on any Tholian ship. You may only equip one of these mods.

This three piece set includes the consoles from the Tholian Orb Weaver Science Vessel, Tholian Recluse Carrier and Tholian Tarantula Dreadnought Cruiser [T6]. Below are the three universal consoles in this set:

Upon reaching level 5 in this ship's Starship Mastery, you will unlock the Energy Web starship trait. While this trait is slotted, activation of Beam: Overload, Surgical Strikes or Cannon: Rapid Fire will empower your next attack, causing your foe to be trapped in an Energy Web. Enemies trapped in the Energy Web will suffer heavy shield penetrating physical damage over time and be held briefly. This ability's damage is improved by Auxiliary power and Starship Particle Generators skill. Energy Web can be triggered once every 45 seconds.

The Tholian Tarantula Dreadnought Cruiser comes with a Thermionic Torpedo Launcher. Thermionic Torpedoes are capable of draining the target's Weapon and Engine Subsystems with each hit, reducing its damage output and speed temporarily. 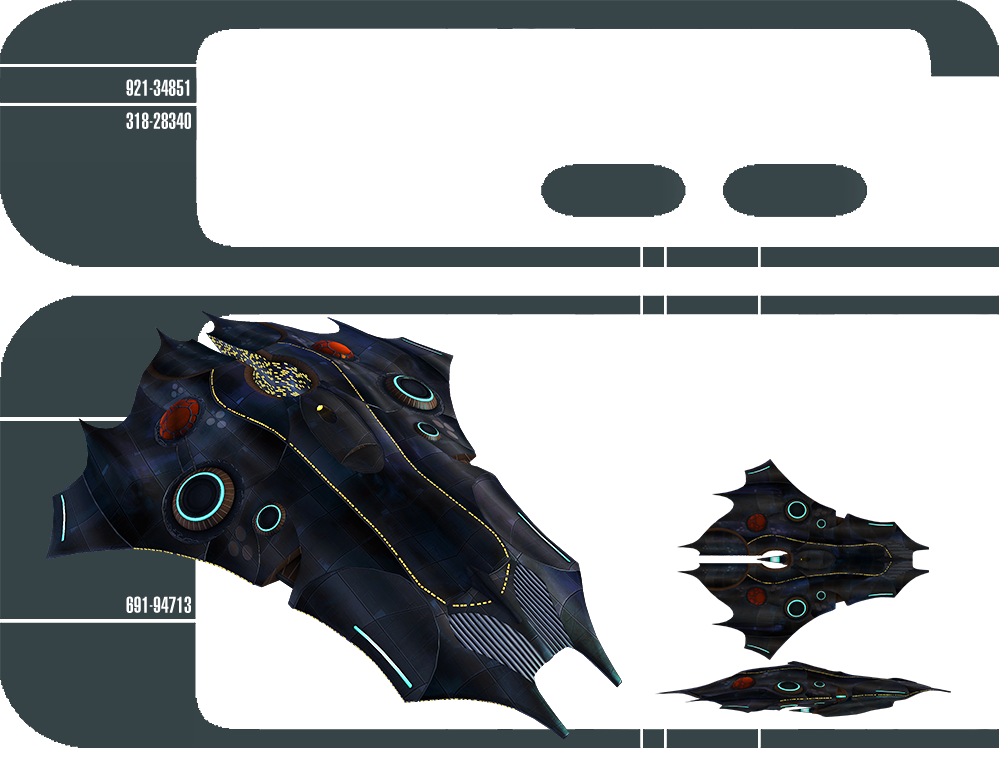 The Paradox class Temporal Dreadnought is the most feared vessel in the Terran Empire fleet. It boasts technology from the Mirror Universe's distant future which allows it to be massive and agile without sacrificing durability.

The Paradox Temporal Dreadnought comes equipped with the Temporal Rift Stabilizer universal console. While this console is equipped your starship will create a temporal anomaly at your target's location and several other anomalies will appear within 3 km of your target. These anomalies will cause kinetic damage, dramatically slow movement and turn speed, and substantially reduce damage as long as the target remains within an anomaly's radius.

This console provides a passive boost to Turn Rate and Exotic Damage.

This Console Mod can be equipped in any console slot. It may be equipped on any Temporal ship. You may only equip one of these mods.

Upon reaching level 5 in this ship's Starship Mastery, you will unlock the Unstable Anomalies starship trait. While this trait is slotted, your Gravity Well and Tyken's Rift anomalies will cause heavy kinetic damage in a 5km area of effect when they expire. This damage is improved by Starship Particle Generator skill.

Below is an outline of availability, abilities and equipment found on the Timeship Hangar Pets.

These fighters are unlocked in their stores listed below as long as you own the Paradox Temporal Dreadnought. The Tier 5 Tholian Meshweaver Escort is among the most numerous ship types within the Tholian fleet. The Meshweaver features a secondary focus on science and has a higher than average shield strength

When the Tholian Meshweaver Escort is upgraded to T5-U with a Starship Upgrade Requisition it gains the following improvements: