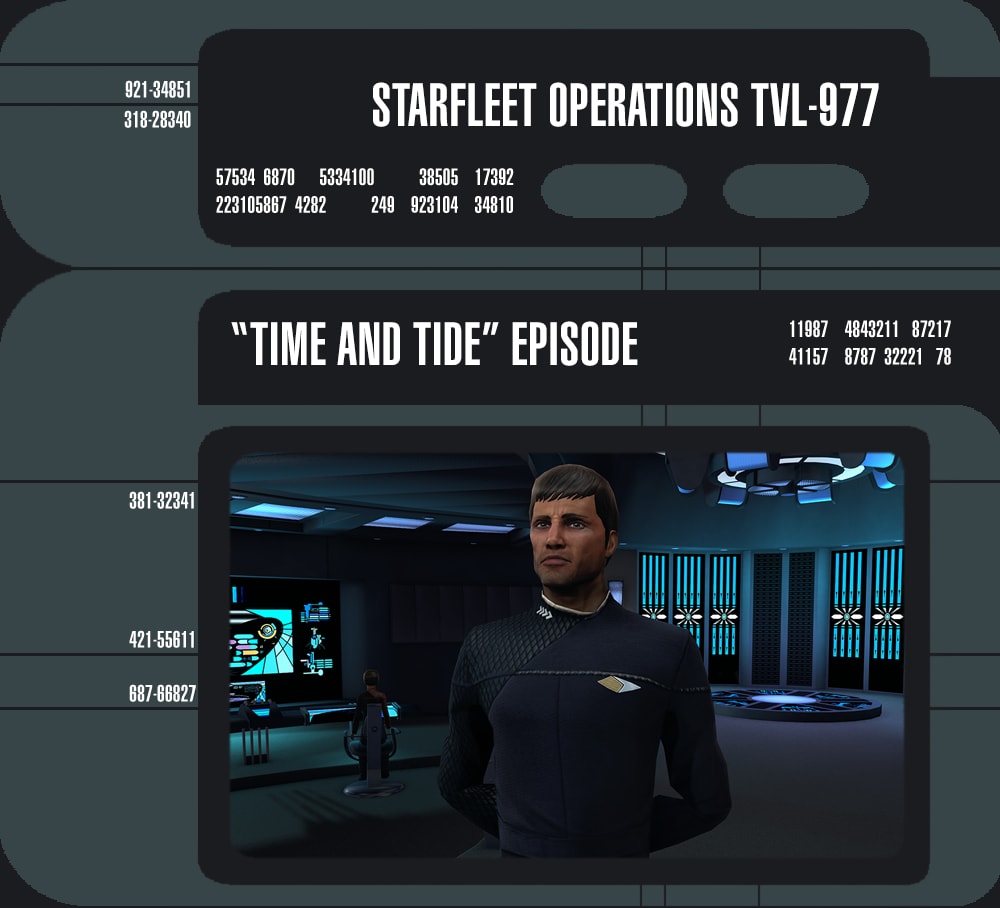 Protecting the integrity of the timeline is a careful balancing act for us. We must provide our forebears enough information to protect against incursions from the future, while not disrupting their natural development. The technique that has worked the best for us thus far is to make only a few individuals aware of future events, individuals who understand the gravity of temporal issues.

To that end, I have the honor today of bringing one of the greatest captains in history to witness the signing of the Temporal Accords - the historic event that stabilized the timeline. We felt that this would be the best way to make an official first contact, not only with a time-traveling civilization, but with a potential Temporal Agent.

The captain comes from a key period in history – the early 25th Century. That’s when the Federation and its allies embarked on a new era of exploration in a new frontier – time itself. Charting this frontier brought a whole new set of dangers to light – dangers I hope to help these explorers face and overcome.

On Thursday, January 28th, celebrate the sixth anniversary of Star Trek Online by enjoying our latest featured episode, “Time and Tide”, where captains will travel through time to witness the historical signing of the Temporal Accords.

“Time and Tide” continues our new season and our new story, and includes great rewards that you can earn over the course of several weeks, in addition to the reward from completing our daily anniversary event.

For a limited time, “Time and Tide” will be available to all players level 10 and up (Romulan players must have selected a faction). After this, it will be in our normal mission journal progression. As the first map is in the Delta Quadrant, players less than level 50 can access the mission from the Dyson Sphere Gateway near the Jouret System in the Beta quadrant during this time.

We are proud to present this new Featured Episode to celebrate our sixth anniversary, and we look forward to seeing you in game for the launch of “Time and Tide”