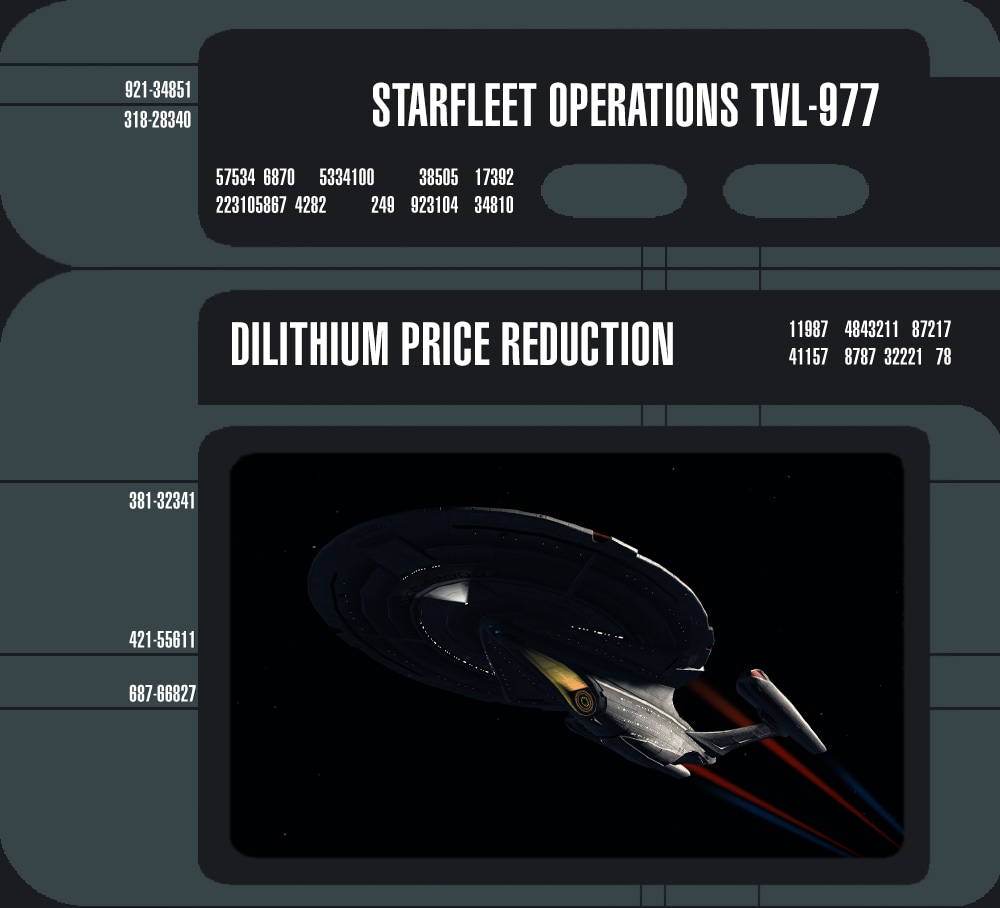 With the release of Season 11: New Dawn, players may notice that the prices of many starships available for Dilithium have been reduced. Visit any Shipyard to see the newly-reduced pricing, which is as follows:

** All prices in Dilithium.
** Ships that did not cost Dilithium previously have not had their prices altered.

In addition to the permanent price reductions listed above, we will also be running a special Discount Event, allowing players to purchase additional starships at a discounted rate, for use in the brand new Admiralty System.

For one week following the release of Season 11, all of the above prices will be further reduced by 50%!

This special Dilithium Ship Discount Event will begin after maintenance concludes on October 27th, 2015 and run until maintenance on November 3rd, 2015.