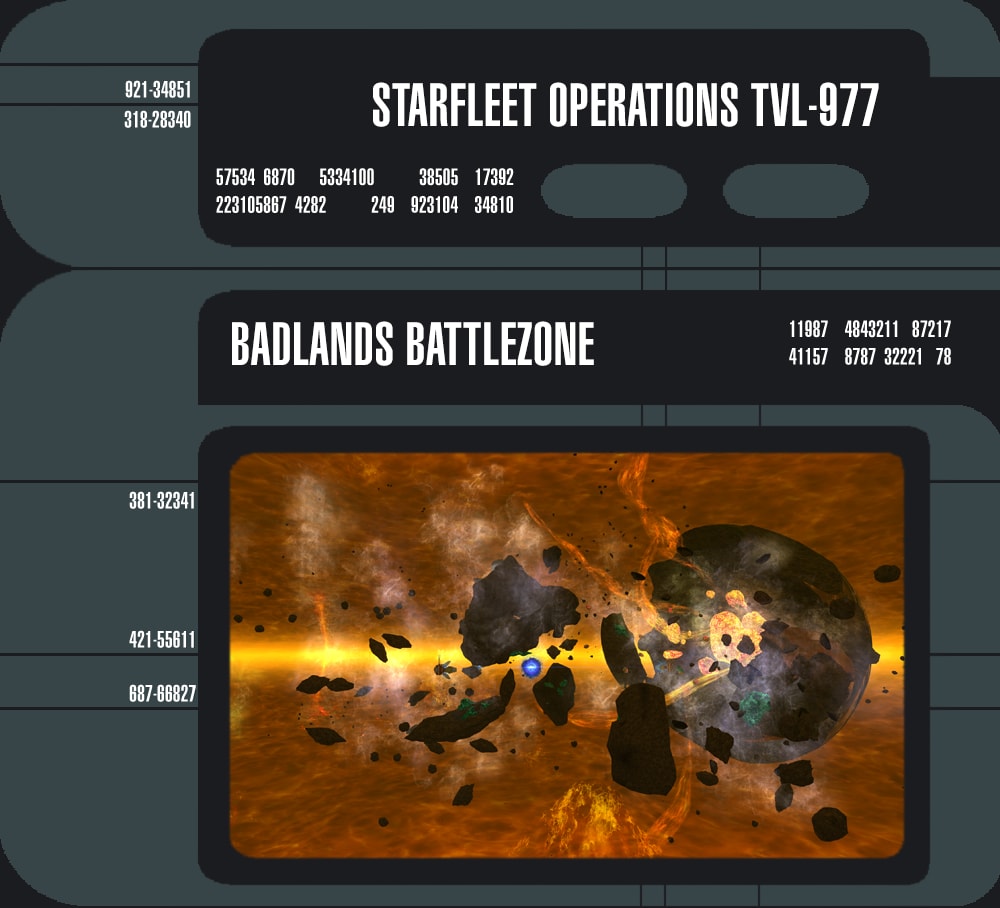 The Badlands Battlezone is a new area for level 60 captains. The Terran Empire, flush from victory over the Iconians in the Mirror Universe, is using technology from the future to open portals into the Badlands and stage an invasion of our universe!

Captains in the Badlands will need to drive off the Terran Empire and their Mirror Universe cohorts while avoiding fire cyclones and plasma storms. The Empire has set up portal generators that need to be shut down, power collecting stations that must be deactivated, and forward bases with metaphasic shielding that must be destroyed. Completing these engagements will lead to a cataclysmic battle as the Empire transitions entire starbases into the Badlands, which must be driven back – and even after the bases are pushed out of our universe, the Empire will make one last push with an entire fleet of ships, led by Admiral Leeta’s flagship!

The Badlands Battlezone is available to level 60 captains of all factions, accessible from the Alpha Quadrant.