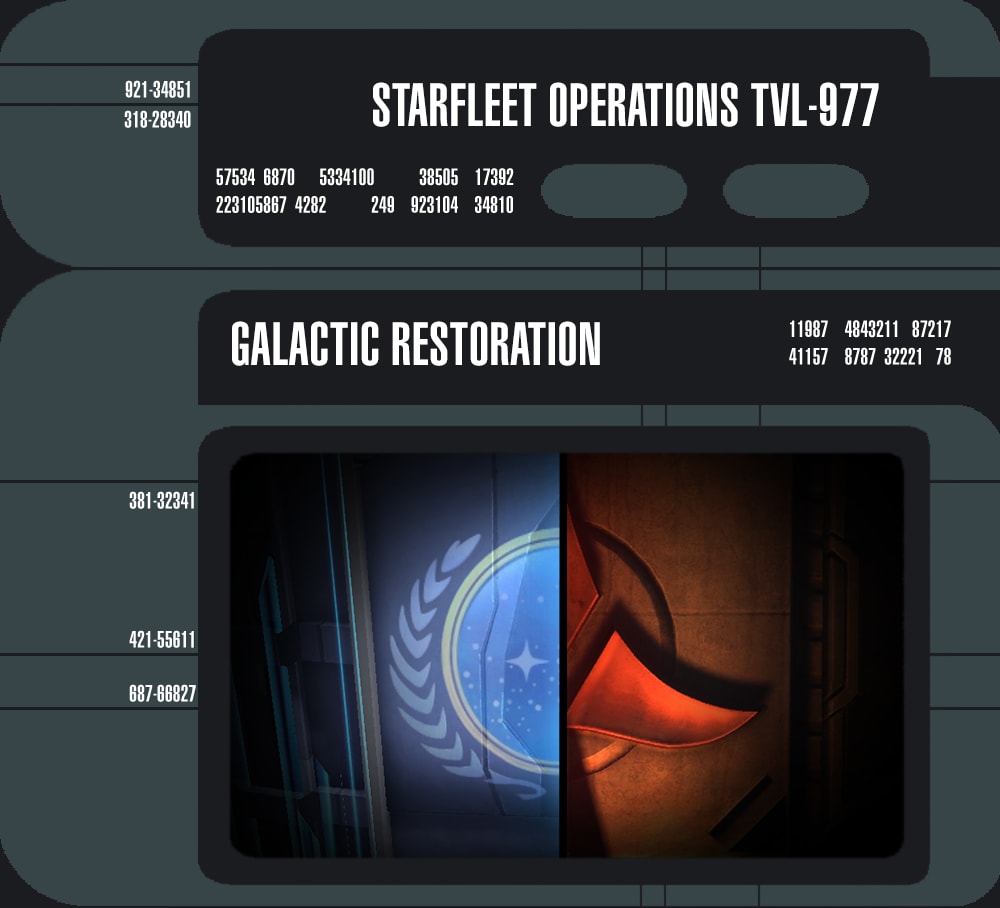 For a brief moment the galaxy has been granted a reprieve from fighting. The Iconians are returning to their corner of the universe and our night skies are no longer punctuated with phaser or disruptor fire. At the same time we find ourselves surrounded by unlikely friends who appeared at our darkest moment. But the peace we now enjoy came at a tremendous price. Whole worlds stand in ruin, millions of refugees are searching for new homes, and many friends are no longer able to join our toasts to the future.

As our thoughts shift from the pragmatism of war to the optimism of rebuilding, we must take heart to remember the lessons we’ve learned – that allies are more important than any building or structure that can be torn down. To this end let us come together to do the hard work of clearing the rubble surrounding us.  Let us share the hardships of restoring what was lost. And let us have our work stand as monuments to the sacrifices made.

Star Trek Online is calling for all Captains to take part in a post-war recovery event running from October 8th at 9AM PDT, until October 29th at 9AM PDT. All Captains who log in during this timeframe will be able to contribute to global efforts to rebuild the quadrant in the aftermath of our war against the Iconians. The level of contributions made by all Captains will be matched by special reward events that will unlock for everyone the following week.

For the first week, running from October 8th at 9AM PDT, until October 15th at 9AM PDT, Captains can aid the recovery efforts by completing fleet projects and earning Fleet Credits. Based on the contributions made by all Captains during this week, a Bonus Reputation Mark Week will be unlocked for the following week, with a bonus of 25%, 50% or 75%.

For the second week, running from October 15th at 9AM PDT, until October 22nd at 9AM PDT, the Restoration Initiative will switch focus to track completed Duty Officer Assignments. The work of all Captains towards this weekly goal will unlock a Bonus Experience Week that will offer a bonus 50%, 100% or 150% to all Skill Points and Expertise earned

The third week will not track any actions taken by Captains and will only be the reward event unlocked from the previous week efforts. A progress bar located above your mission tracker will show the current state of those efforts to rebuild and what rewards have been unlocked so far.