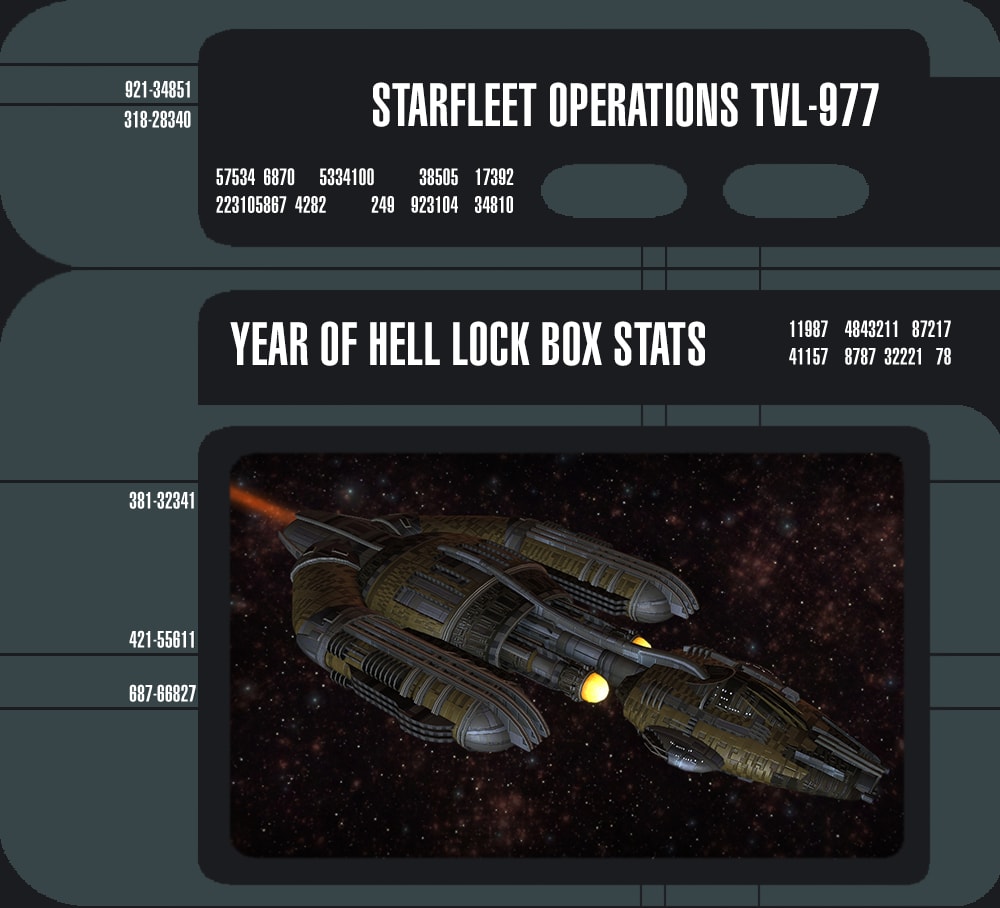 A new coalition has risen in the Delta Quadrant, comprised of many of the species that suffered at the hands of the recent Vaadwaur onslaught against the Krenim. The Mawasi, Zahl and Nihydron have joined with the remnants of the Krenim Imperium and abandoned their former differences in favor of creating a unified front against the Vaadwaur and the Iconians. Coalition starships, as well as the coalition's considerable expertise in the field of timeline manipulation, will now be made available to their allies from the Alpha and Beta Quadrants with the hope of ending these devastating conflicts and avenging the fallen. The tier 6 Krenim Imperium Warship is a formidable starship with incredible offensive capabilities. While it is slower and less maneuverable than many destroyers and escorts, it makes up for this with greater weaponry and more durable hull and shielding.

The Krenim Imperium Warship comes equipped with the Timeline Analysis Sensor Grid universal console. Narrowing the target of timeline analysis is a risky undertaking, as it ignores many external variables out of necessity, thus increasing the chances of counter-indications the longer a subject is analyzed. Nonetheless, specialized targeting sensors can be outfitted with this technology in an attempt to offer brief tactical advantages against specific targets, by deconstructing their interactions with localized causality. Activating these sensor grids effectively decreases the targeted foe's ability to withstand your attacks, and becomes more effective the longer they are analyzed.

This universal console also provides a passive buff to your Accuracy when using Cannon weapons.

This Console Mod can be equipped on coalition starships (Krenim, Nihydron and Zahl) in any console slot. You may only equip one of these mods.

Upon achieving level 5 in the Krenim Imperium Warship’s Starship Mastery, you will unlock the Potentiality starship trait. While slotted, you can tap into the potential energies unleashed by alternate timelines created by choices that were not made. For every second you spend in combat, but not activating Bridge Officer Abilities, you will gain one stack of Potentiality which will increase your damage output for a short time. Activating any Bridge Officer Ability renders you unable to build up Potentiality for several seconds, during which time your existing stacks will be lost. The tier 6 Zahl Heavy Cruiser is well known amongst the coalition as being both versatile and durable. It is also fairly maneuverable for a ship of its size.

The Zahl Heavy Cruiser comes equipped with the Temporal Shielding Matrix. Temporal Shielding, though highly effective against chroniton-based weaponry and other similar temporal weaponry, does not offer sufficient protection when compared to modern shielding technology for it to be utilized on its own. It can still be used to reinforce existing shields however, which is what this matrix was designed to do. This particular Temporal Shielding Matrix is also engineered to facilitate quick influxes of power, during which time it grants additional immunities to movement impairing debuffs, resistance to incoming damage, and can inflict small temporal fluxes on enemies which will wreak havoc with their ability cooldowns.

This universal console also provides a passive buff to your Shield Capacity and Shield Regeneration Rate.

This Console Mod can be equipped on Coalition starships (Krenim, Nihydron and Zahl) in any console slot. You may only equip one of these mods.

Upon reaching level 5 in the Zahl Heavy Cruiser’s Starship Mastery you will unlock the Invincible starship trait. While slotted and you are reduced to very low hull, your ship becomes undefeatable for a short amount of time. During this window all incoming hull and shield heals receive large boosts. May activate once per two minutes.

This two piece set includes the consoles from both the Zahl Heavy Cruiser and the Krenim Imperium Warship. Below are the two universal consoles in this set: 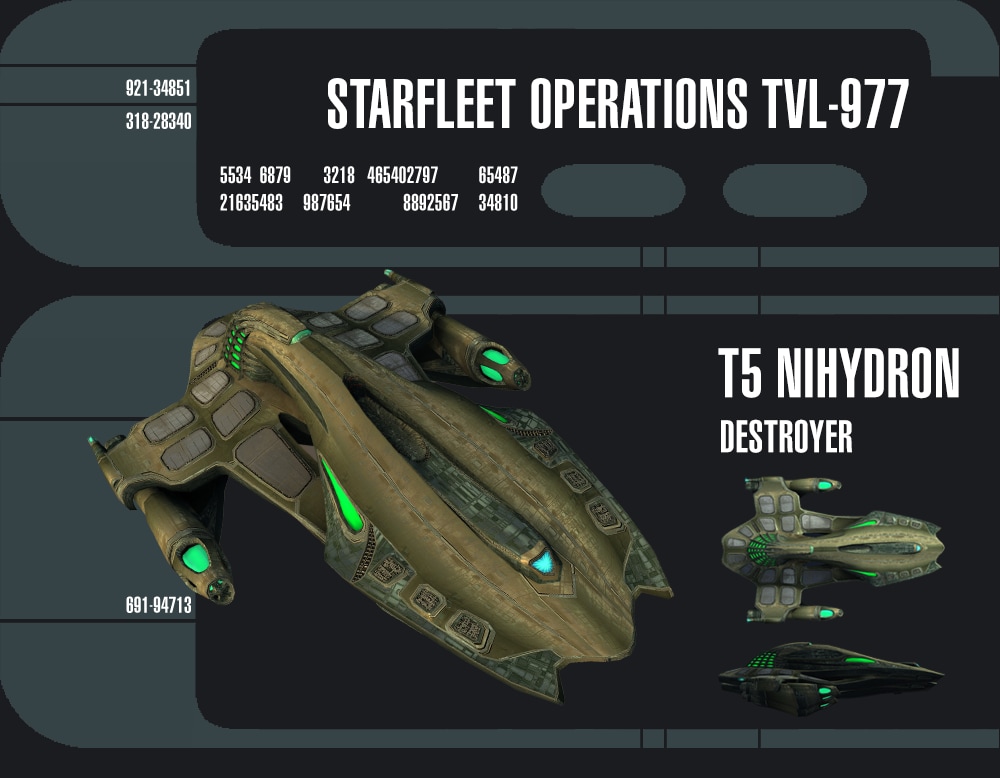 The Tier 5 Nihydron Destroyer incorporates the Coalition's many shared technical advances into a front-line strike vessel built primarily for maneuverability and offense.

When the Nihydron Destroyer is upgraded to T5-U with a Starship Upgrade Requisition it gains the following improvements: