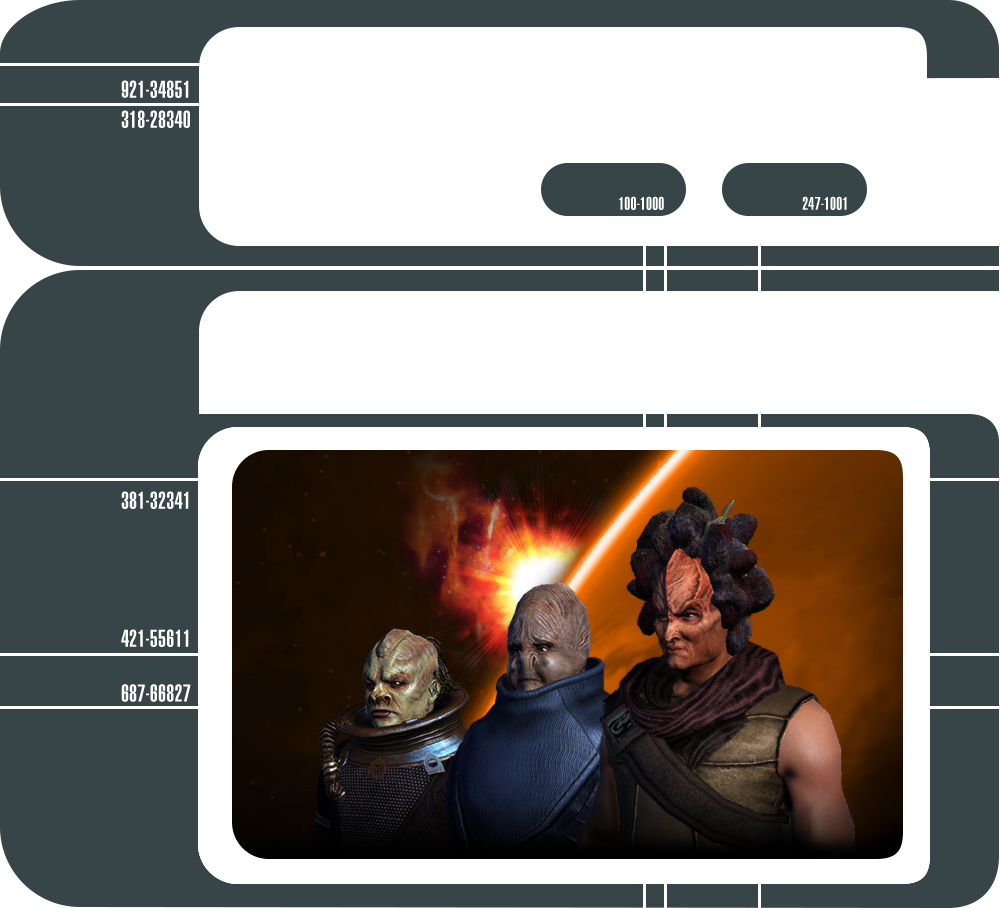 When opening a Delta Alliance Duty Officer Pack, in addition to any Duty Officer you receive, you will also get one (1) of the following special bonus prizes:

The species included in this pack provide unique combinations of traits which emphasize their canonical characteristics. This pack includes 12 new active-roster powers.

Many of the new Active Duty roster powers are designed to enhance different types of weapons fire, giving captains the option of using different weapons layouts to gain buffs. Other powers enhance existing bridge officer powers, such as giving an additional heal to the end of Vascular Regenerator and Hazard Emitters. In addition, some of the Duty Officers have high-end Research and Development specializations!

Three new Starship Traits are available exclusively from the Delta Alliance Duty Officer Pack – Attack Pattern Delta Prime, Point Defense Protocols, and Scramble Fighters. Each trait comes in a pack which is consumed on use. The packs are freely tradable between characters and on the Exchange.

Scramble Fighters triggers on using the Launch functionality of any hangar pet. When used, all currently active hangar pets are immediately healed for half of their max hull. In addition, they gain a damage buff and become immune to all damage for five seconds. These bonuses take effect even if no new pets are launched.

We hope you enjoy this pack as much as we enjoyed bringing it to you. It will be available in the C-Store shortly. Thanks for reading!

Command the Jovian Raider!
The Jovian Raider from Season 3 of Star Trek Discovery is coming to the Infinity Lock Box!
Read more
PC Patch Notes for 4/8/21
Check out all the exciting changes coming to Star Trek Online in our latest patch notes!
Read more
Double XP Weekend!
Captains on PC can enjoy double the experience this weekend!
Read more