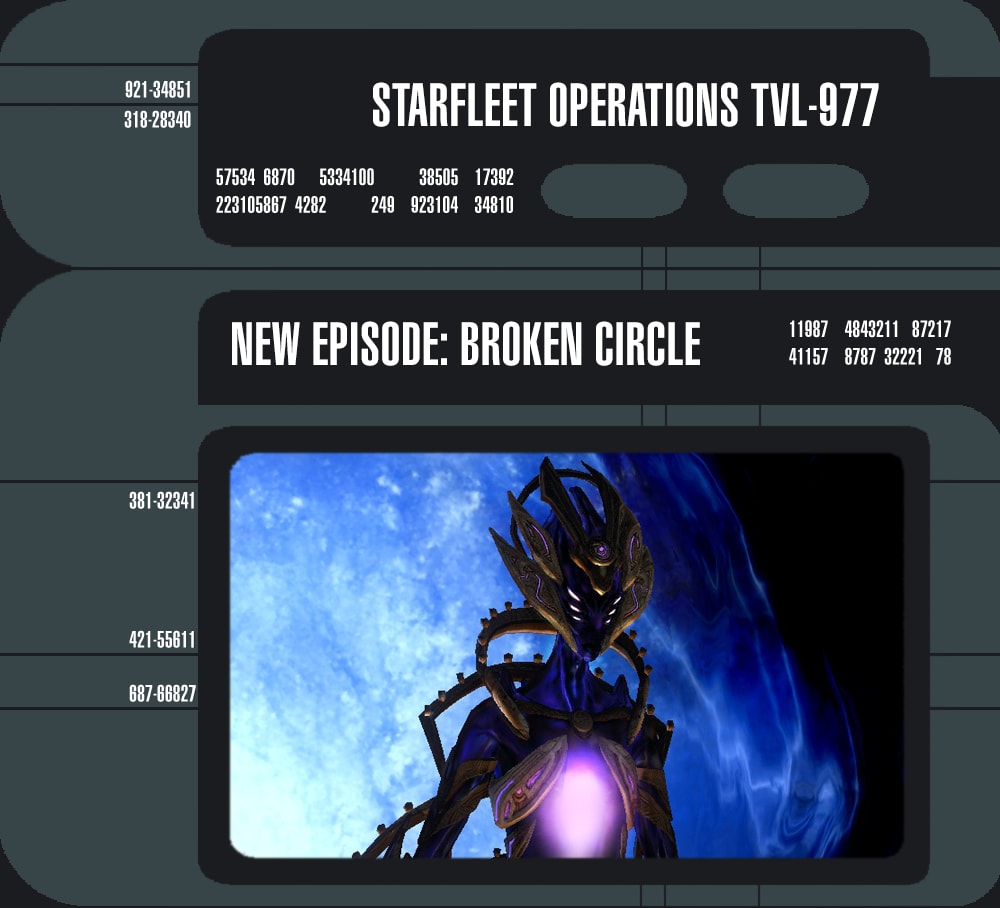 The war has gone poorly for the Alliance. The gateway technology of the Iconians allows them to be everywhere at once and to vanish like smoke when threatened.

We had hoped to find some way to defeat the Iconians, some weakness we could exploit. We had hoped that our alliance with the Krenim might produce some advantage. And it might have, if we’d had more time.

But our time just ran out.

And so we have come to our final, most desperate hour. We must put into motion our last resort: an all-out assault on the Iconian forces. Although we stand little chance of success, we have no other options. Our assault will likely fail, but if we do not fight them now, we will certainly fall.

On Thursday, July 16th, take the fight to the Iconians in "Broken Circle," the newest Star Trek Online Featured Episode, featuring the voice talents of Aron Eisenberg as Nog, Robert Duncan McNeill as Tom Paris and Jeri Ryan as Seven of Nine. "Broken Circle" features space and ground combat on a massive scale against the greatest threat the galaxy has ever faced.

Join the Alliance in a desperate battle to save their future.