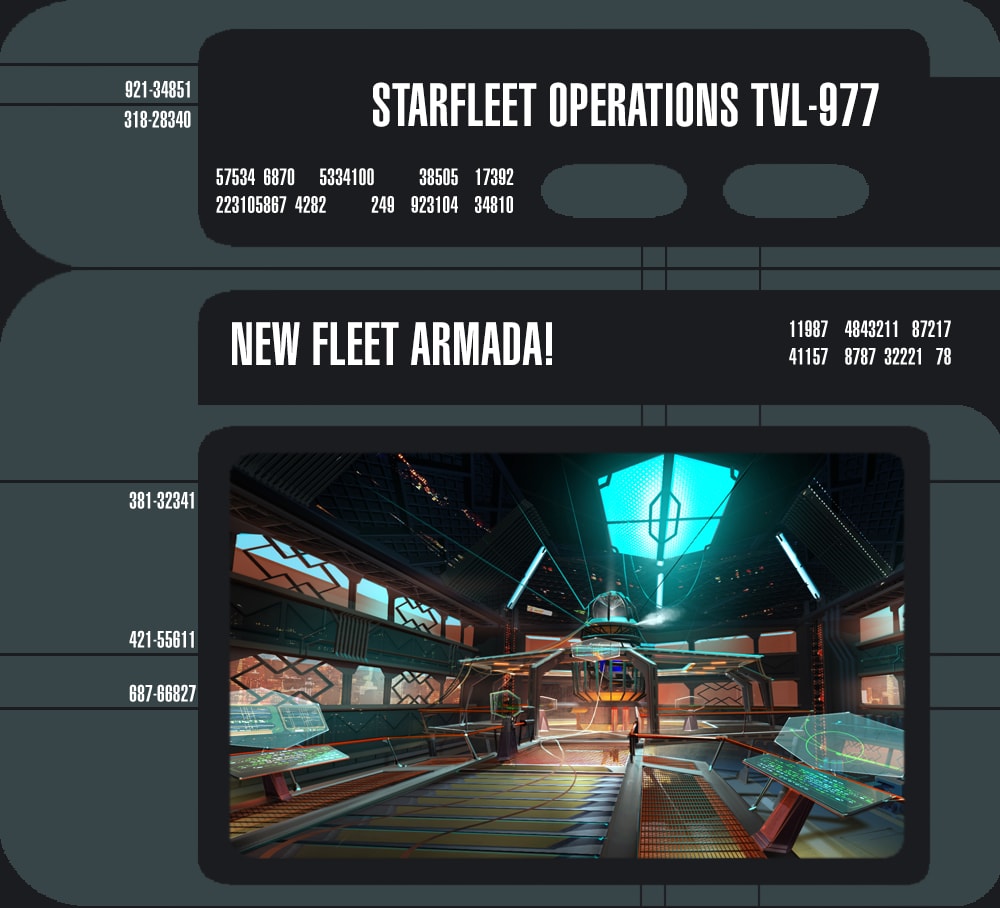 Fleet leaders have been asking for improvements to Star Trek Online's Fleet system. We've listened, and the new Armada system that will go live in a future update is intended to help larger Fleets organize as well as giving an option for smaller Fleets who want to band together and help one another out. Here's how it works:

All Fleets in an Armada will receive bonuses that increase based on the total Fleet level of all Fleets in the Armada. These bonuses may include Dilithium discounts for Fleet projects or bonus Skill Points. These rewards will also vary based on a Fleet’s position in the Armada, with Alpha Fleets receiving a higher Skill Point bonus than Beta and Gamma Fleets, and Gamma Fleets receiving a higher Dilithium discount than Alpha and Beta Fleets.

Additionally, we’ve added a few new features that should make managing a Fleet a little bit easier. In the Fleet Roster window, the Status Column now has two new options: Join Date and Rank Changed Date. This will make it easier to see how long someone has been in the Fleet, and when they were last promoted or demoted. There is also a new slash command, /ExportGuildMemberList, that can be used to generate an Excel CSV file with all of the current information about the Fleet and its members. We hope that features like these prove useful to Fleet Leaders and Officers alike, especially those that are managing larger Fleets.