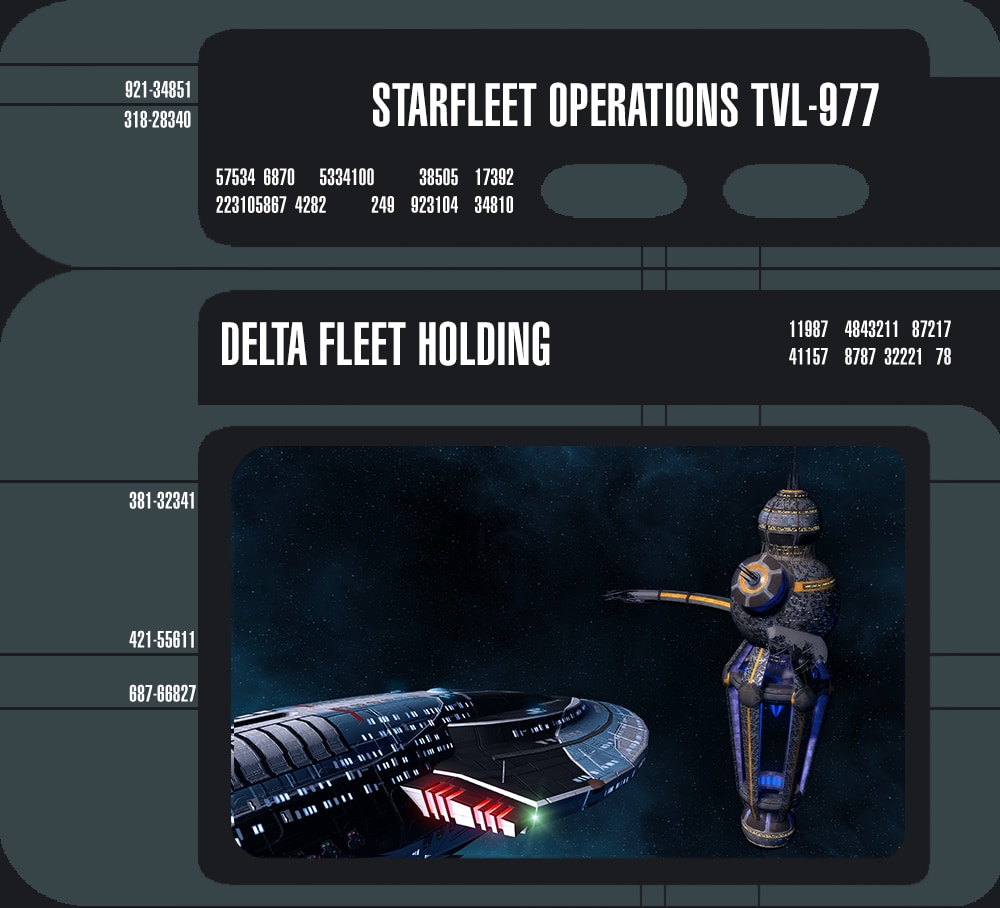 At the conclusion of the Featured Episode “Time in a Bottle,” Captains successfully made contact with a population of Krenim survivors that had hidden themselves away in a pocket of time using a unique piece of temporal technology. This technology proved capable of shielding the existence of an entire planet away from the eyes of the Vaadwaur, the Heralds, and even the Iconian Council itself! With the assistance of Captain Nog, the groundwork was laid to form a cooperative research and development pact with the Krenim, potentially allowing the entire civilized galaxy to benefit from their incredible ability to directly manipulate the perception of time.

Players will have the opportunity to see that agreement through to its fruition by participating in the construction of the Fleet Research Lab – an entirely new Fleet Holding, available to all Fleets in Star Trek Online.

This impressive space station, hidden away in the Delta Quadrant, will be built for the primary purpose of assisting the Krenim as they further develop their expertise in timeline manipulation and temporal mechanics. With the guidance of these new allies, the Research Lab will take on many aspects of Krenim architectural design, but will remain fully owned and operated by the players’ Fleet.

While the focus of this facility will be temporal manipulations, the amenities it offers are uniquely qualified to make this the perfect location for R&D of all types. As such, this facility will offer many new opportunities for players to explore and participate in the existing R&D System in entirely new and rewarding ways.

Advancing this new Fleet Holding through to its completion will also grant many incredible new options for equipping your ship and crew, as well as improving some of the core options available to your Captain and your fleetmates.

The Fleet Research Lab will also feature many unlockable projects to improve both its interior and exterior visual appearance, as well as many standard conveniences that all starship captains need access to from time to time. Fleets can also unlock inter-fleet shuttle capabilities that will allow for quick and easy access to the Research Lab’s location in the Delta Quadrant.

Additional details on all of the equipment and unlocks associated with this Holding will be published in a future blog, closer to the release date.