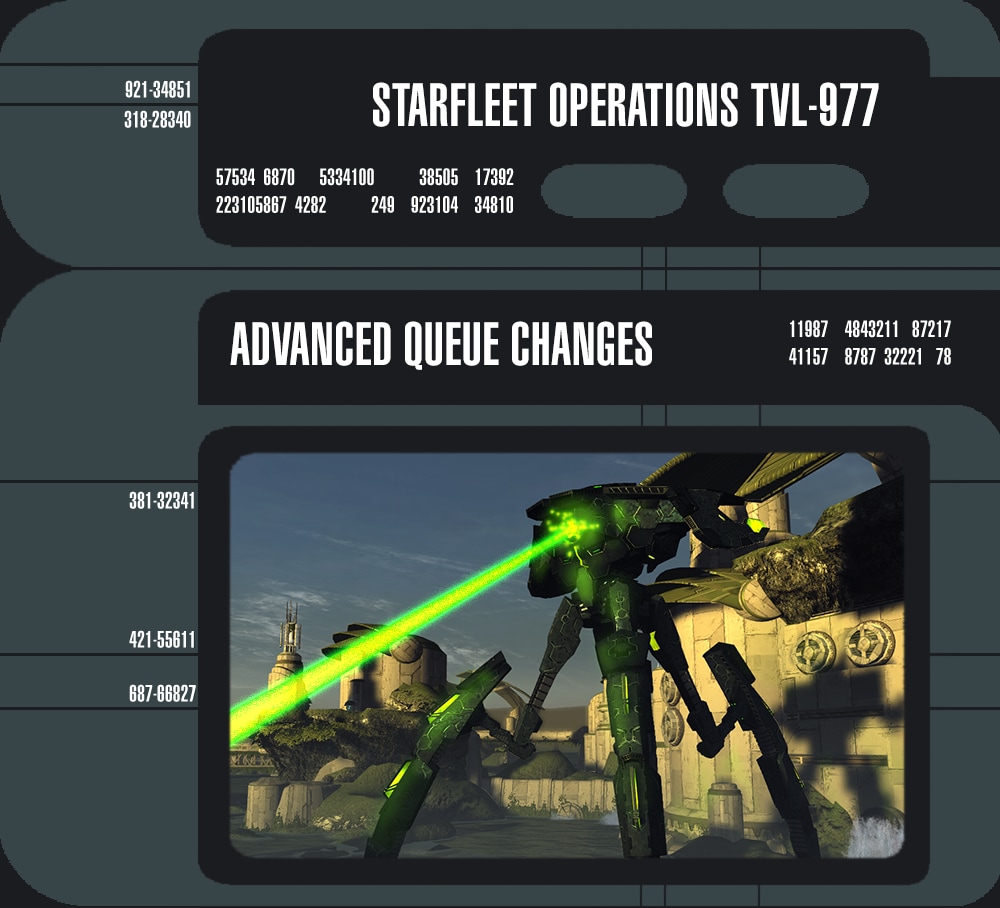 Earlier this year we made some updates to the Azure Nebula Rescue queue. These changes addressed some concerns we had with how the Queues were rewarding players and how difficult optional objectives on Advanced queues might be blocking player progress. After watching the numbers and listening to feedback, we believe that the STO community has approved of these changes. With this mandate, we will be rolling out similar changes to the rest of our Advanced queues. What follows is a general overview of what has been done to the queues. Because every queue is different, this blog will not detail the individual changes made to each queue.

The second big change is that all Normal and Advanced queues now reward the same amount of marks for finishing the mission without completing any optional objectives. However, we still want Advanced queues to reward more marks than their Normal versions due to the fact that the critters are tougher and there is added challenge in completing the mission while fighting them. The difference is now made up for in greater rewards on the optional objectives on Advanced.

What Does This Mean for Rewards?

As Advanced queues no longer fail due to non-completion of difficult objectives, we expect that players will be able to earn more marks from playing these queues as they progress will no longer be halted prematurely. Additionally, it will be easier to earn elite reputation marks (Borg Neural Processors, Isomorphic Injections, etc.) and rare crafting materials as players will be able to finish these queues and earn those specific rewards as a result. The total number of marks that players can earn from a given queue will be, with very few exceptions, either the same as they earned before this update or slightly improved.

Certain queues have failure conditions built into them even on their Normal modes, an example being Mine Trap. In these cases failure has been built in as a fundamental part of those queues. In these cases the queues rewarded the full array of rewards (elite marks, crafting packs, etc.) that they would if they had been succeeded, however the queue ends early.  These queues will function in the same way they have before, however optional objectives will now be the same across Normal and Advanced versions and the rewards will similarly be updated as mentioned above with similar rewards for base gameplay and additional rewards for completing optional objectives in Advanced versions.

What Happened to Elite?

Elite queues have been untouched by this process. We are continuing to monitor their performance.

The changes we've made have reduced bottlenecks in player progress, and increased the potential for reward for all players. We look forward to hearing your feedback on these changes that will be coming to Tribble.