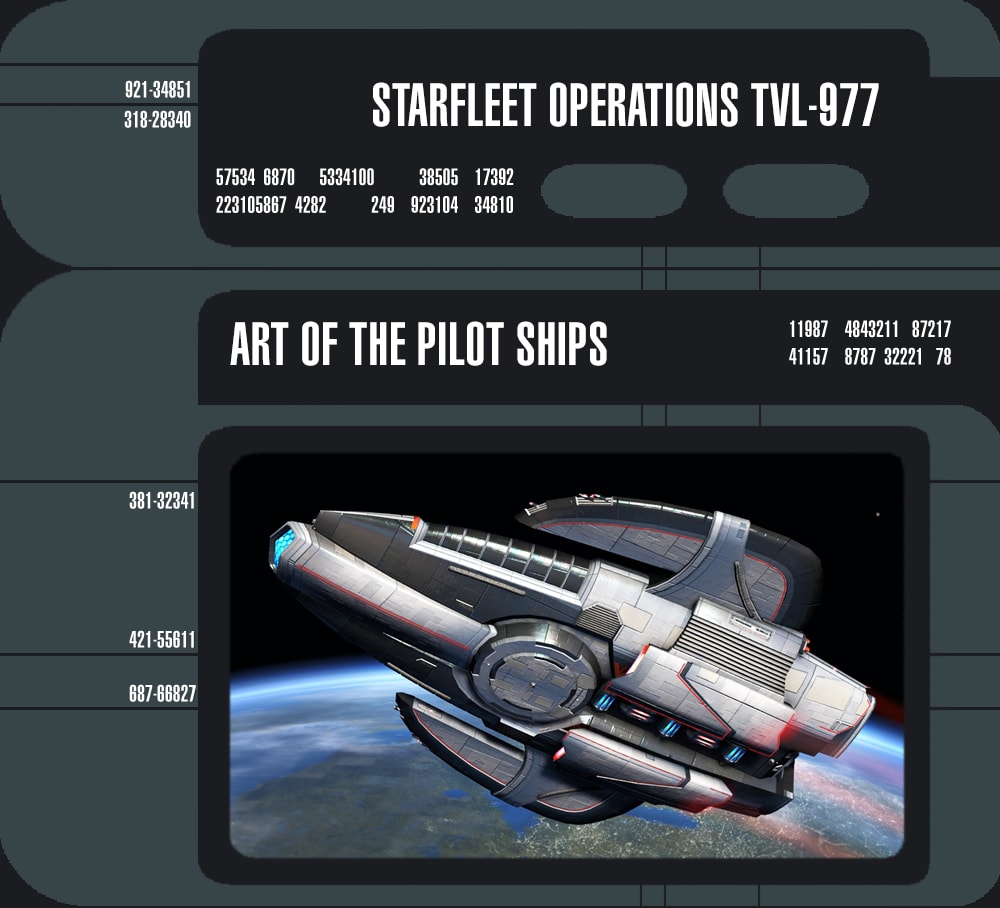 Admiralty Bonus Week!
Captains on all platforms can earn bonuses to their Admiralty Projects this week!
Read more
Key and Lobi Sale
Save 15% on Keys, grab the Keyring bundle, and save 20% on everything in the Lobi Store this week!
Read more
Patch Notes for 12/7/21
Check out all the exciting changes coming to Star Trek Online in our latest patch notes!
Read more