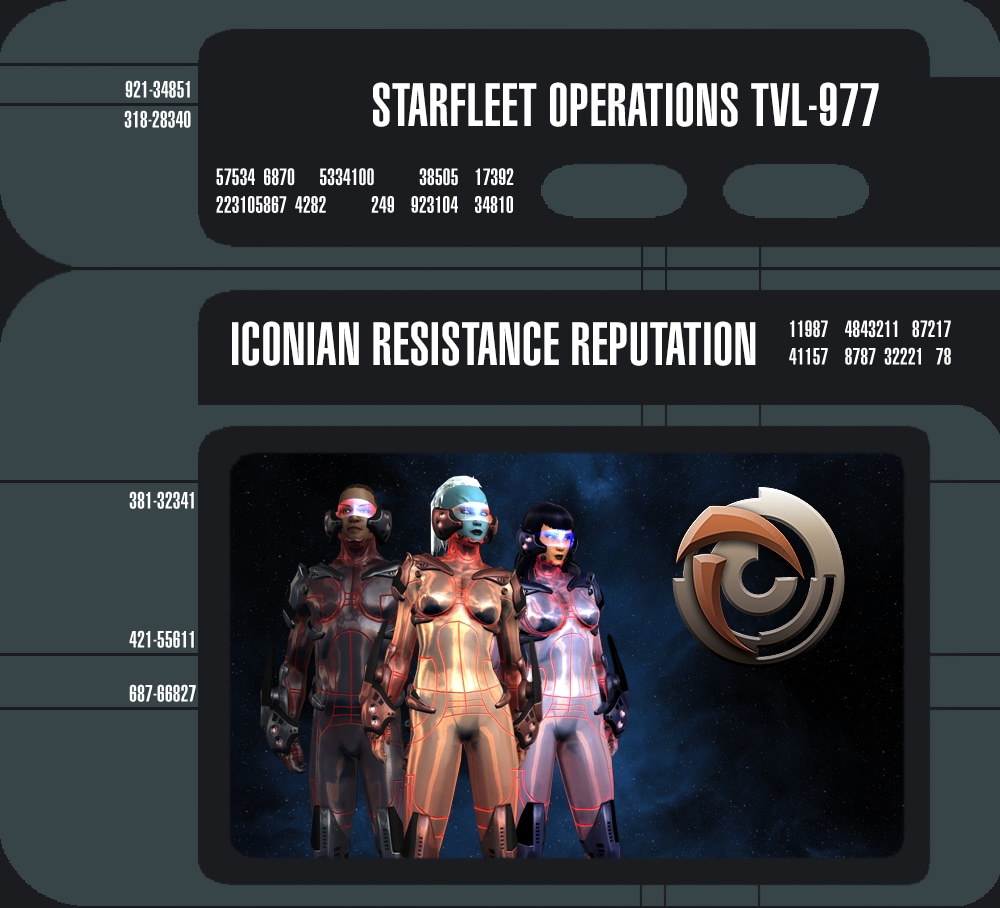 The Iconian Resistance is an alliance comprised of forces throughout the Alpha, Beta, and Delta Quadrants. These three forces have banded together to create a unified front against the Iconians and their servitor races. Their sole purpose is to prevent the Iconians from subjugating our galaxy once more.

This new reputation will become available with Season 10’s release and will feature all new traits, kit modules, space equipment sets and a ground equipment set.

Increasing your standing with the Iconian Resistance will require the submission of Iconian Marks. These can be earned by completing repeatable queued events featuring Iconian Heralds, such as: Gateway to Gre’thor, Brotherhood of the Sword and The Herald Sphere. Each of these missions allow for scaling rewards, increasing the amount of Iconian Marks received if you are able to perform above expectations and/or complete bonus objectives.

Iconian Marks and Iconian Probe Datacores can be submitted for both Reputation XP and new, high-quality gear acquisitions. Here are a few examples of the items that can be earned by advancing your standing with the Iconian Resistance:

In addition to these equipment sets, advancing through the tiers of the Iconian Resistance Reputation will unlock access to a large array of Radiant Antiproton energy weapons, and Radiant Quantum Torpedoes. Three unique Kit Modules will also be included in the Reputation. Each is restricted to a single Profession.

No reputation would be complete without a new suite of ground and space traits.  The Iconian Resistance reputation introduces the following new traits:

NOTE: All abilities and items found in this blog are subject to change.