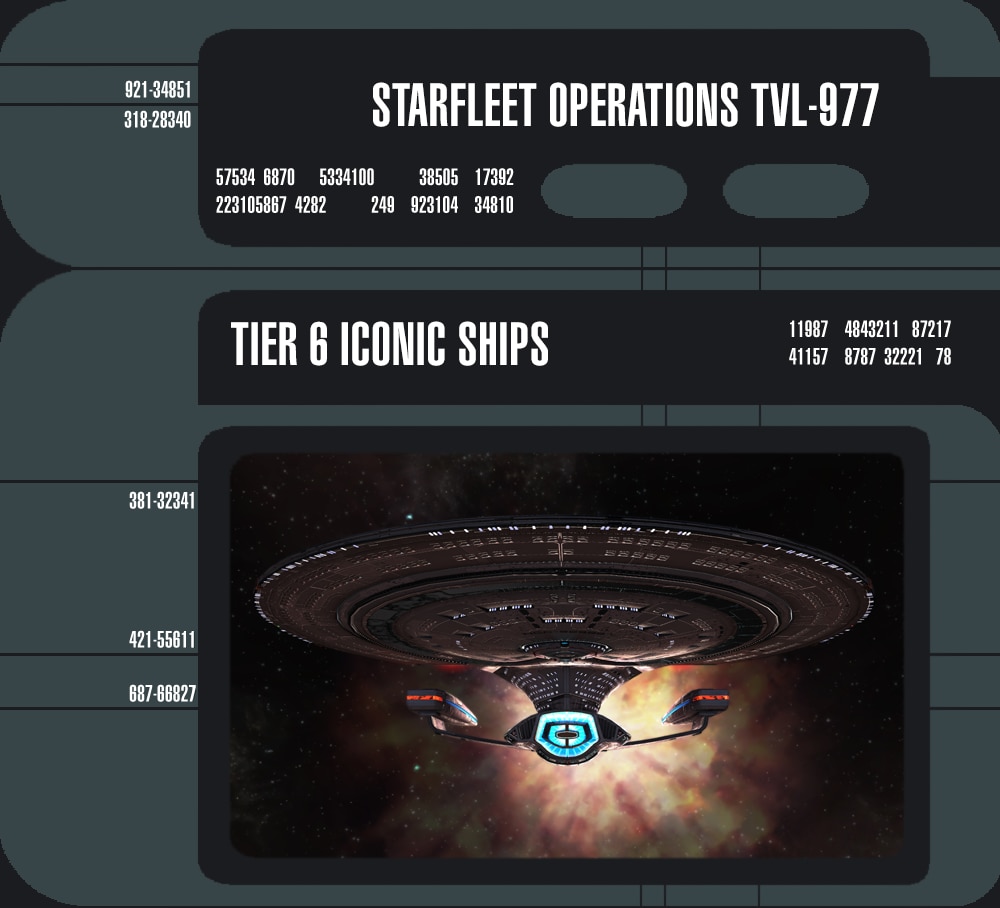 Each of these new Tier 6 starships come equipped with the Molecular Cohesion Nullifier universal console which causes damage to nearby enemies and provides a damage resistance buff to yourself. Both the damage caused to enemies and the damage resistance buff you earn are increased by the number of affected foes. This console’s effect is deadly versus fighters. In addition, while equipped, this console also provides a passive bonus to max sub-system power levels.

Additionally, each of these ships can unlock the Explosive Polarity Shift starship trait at level 5 starship mastery. While this trait is slotted, your Engineering Bridge Officer’s Reverse Shield Polarity will cause a large damaging explosion centered around you when the effect expires.

Each of these new ships has their own new costume, but can also use parts from ships within the same family. The Andromeda Class Exploration Cruiser gains access to parts from the Galaxy and Monarch costumes and can also use parts from the Venture Class if you own that starship. The Negh’Tev Heavy Battlecruiser has access to both the Negh’Var and the Qu’Daj costumes. The D’Khellra Warbird Battlecruiser can use the D’Deridex costume, and if you own the D’ridthau costume you can also use its interchangeable costume parts.

In addition to all this, all Negh’Var variants (including the Negh’Tev) will have access to the new voDleH costume for free.

These starships are all available in the C-store individually or they can be found packaged together in the T6 Cross Faction Cruiser Bundle.

Concurrent with the release of these Tier 6 ships, we have also updated the look of the original Galaxy and Negh’Var starships to better match their counterparts from Star Trek canon.

For the Galaxy, a brand new model has been made. Starship connoisseurs will enjoy finding all of the small features and details pulled from the source material such as the numbered shuttle bays or the ship’s giant arboretum windows.

This new Galaxy model will replace the existing version of the Galaxy automatically and is available for all Exploration Cruiser variants.

Note: to see some of the details of the new Galaxy model, players may have to visit the starship tailor and select the “Galaxy” preset, which will add the new parts which did not previously exist on the original model.

The Negh’Var also received some attention. It now includes the large weapon pods attached to the ship’s wings that were a signature part of its threatening profile when it appeared in Deep Space Nine. These weapon pods are a new customization option available to any version of the Negh’Var Heavy Battlecruiser.