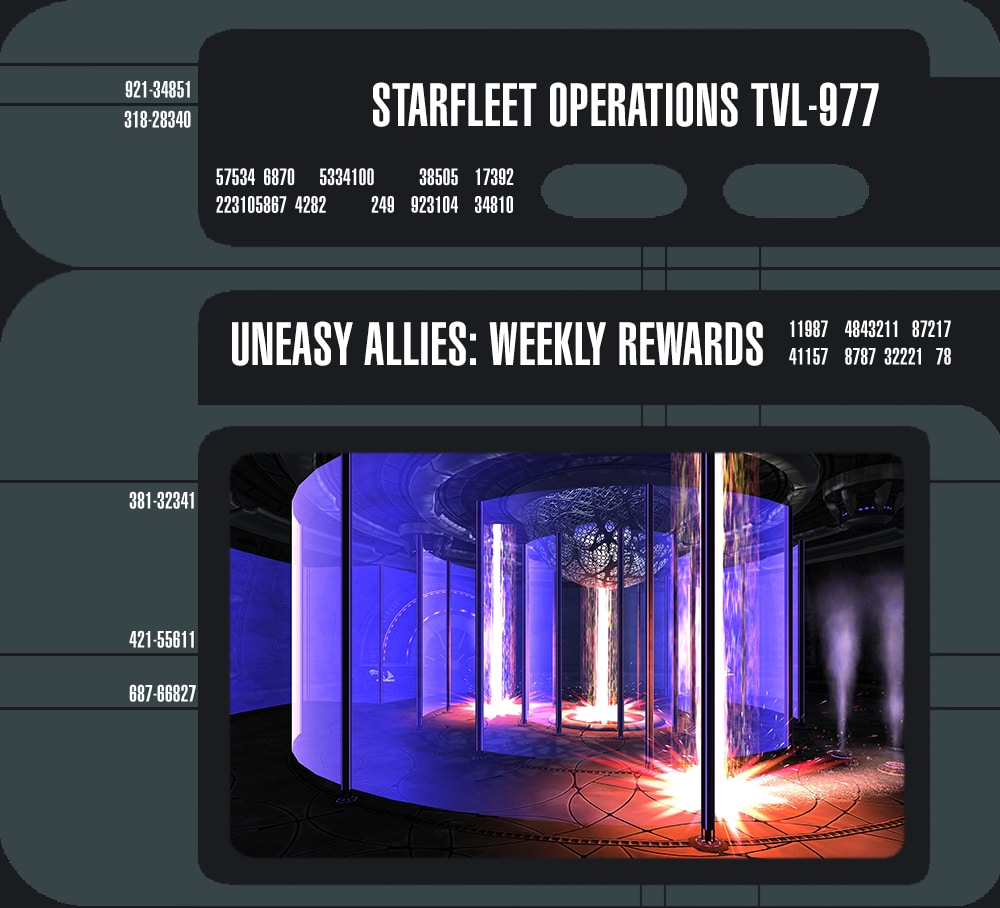 Last week’s reward for the Featured Episode “Uneasy Allies” was the Romulan Imperial Navy Personal Shield. The final rewards are the career-specific Romulan Imperial Navy Kits coupled with the Plasma Feedback Cascade Universal Kit Module. In addition, the first completion of "Uneasy Allies" on an account this week gives an Enhanced Universal Tech Upgrade. This tech upgrade is Bound to Account, and costs no Dilithium to use.

Romulan Imperial Navy Kits increase the wearer’s critical chance and critical severity. They also improve ground shield strength and enhance the user’s plasma damage. These kits have kit module slots appropriate for your career and rank. Plasma Feedback Cascade augments your personal shield to discharge plasma back at attacking enemies, which then chains between multiple enemy targets. These items are acquired at a rank-appropriate Mark. Players may re-acquire the kit and kit module at higher marks by repeating “Uneasy Allies” at a higher rank.

Check out the Kits here!

These kits are part of the Romulan Imperial Navy set. Collect pieces from this set to unlock powerful set bonuses:

This two piece bonus increases your energy damage resistance while aiming, and your critical severity while crouching.

This three piece bonus applies a shield heal and damage reduction buff to your team when you take damage while your shields are depleted.

All Romulan Imperial Navy and the Plasma Repeater Pistol rewards will remain as selectable on “Uneasy Allies” once it is added to the normal Episode list. Enhanced Universal Tech Upgrades will not be acquirable by running “Uneasy Allies” once this week is over. Make sure not to miss out!