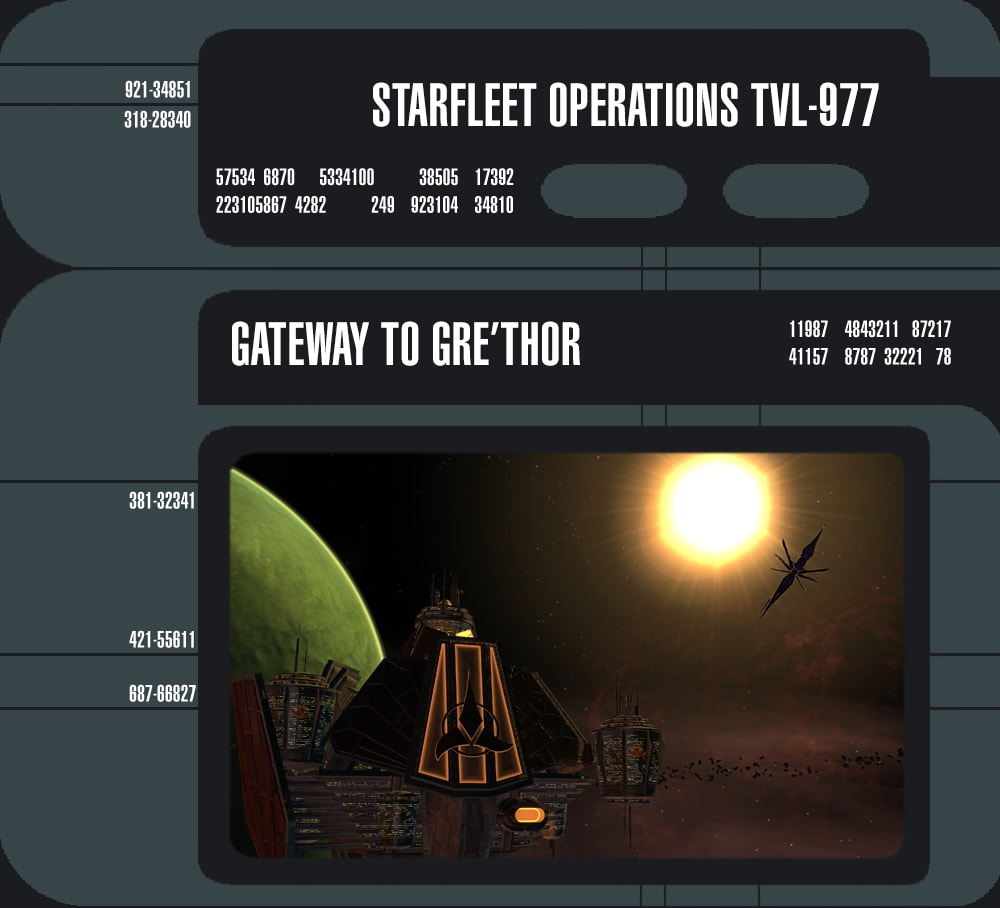 The honorless ones, the Iconians who have lurked like cowards in the shadows for centuries, have struck a blow to Qo’noS. Their invasion forces march through the streets of First City. This cannot, and will not stand! Even now, brave warriors and our allies assemble to do battle on our home soil.

Yet the scourge on our Empire extends into the stars. Iconian forces seek to stop these brave warriors from reaching the surface of Qo’noS. Though they make use technological trickery, the crews of our ships are honorable and true. We will make way for our landing craft. We will show them the might and bravery of our Imperial fleet is as unmatched in space as our warriors are on the ground.

Let us show them that our hearts are unconquered!

Gateway to Gre’thor is a new five-player crossfaction space queue. It is designed for level 60 players, with normal, advanced and elite versions.